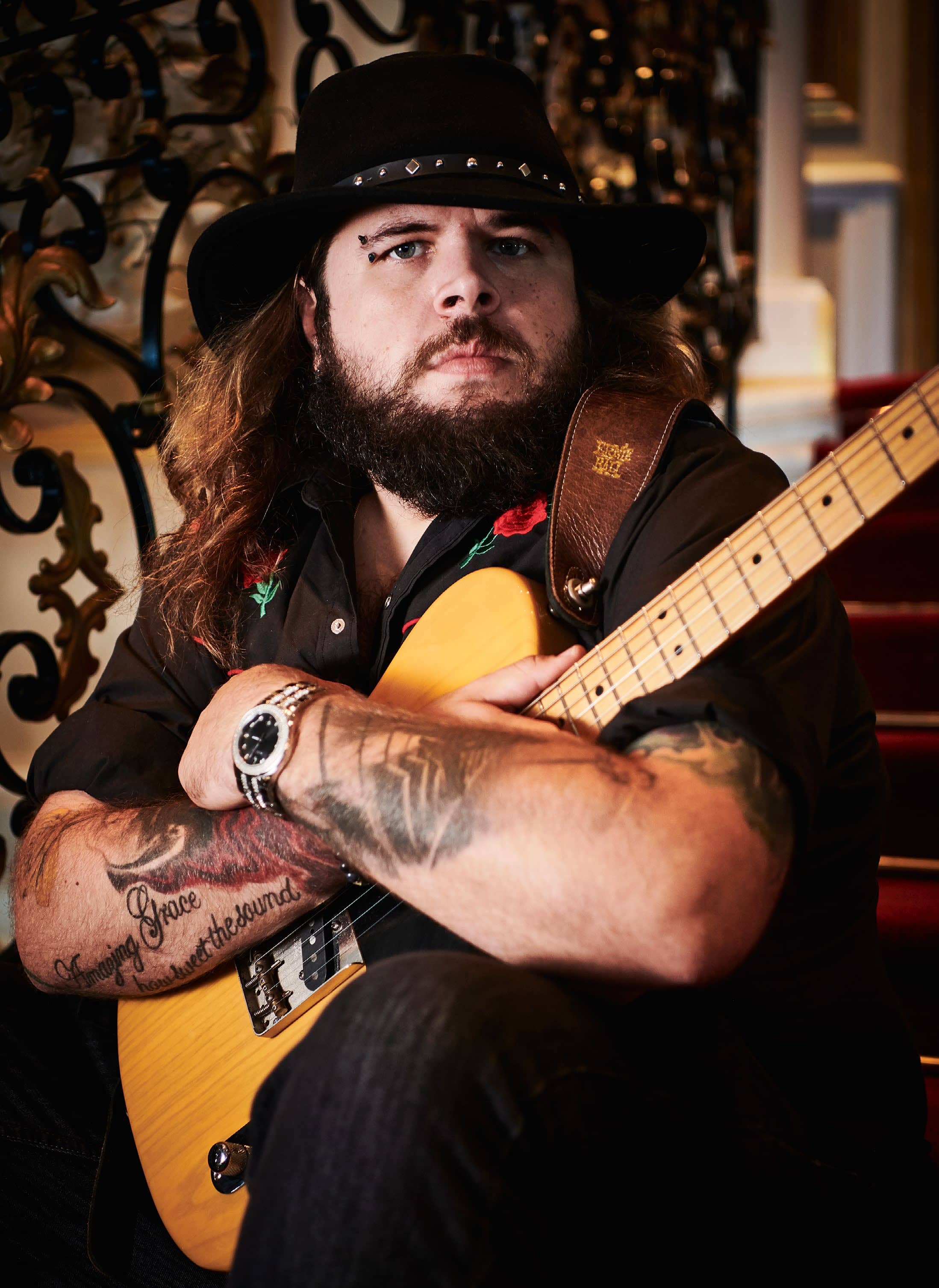 Raised by the banks of the Mississippi, Jonathon plays an electrifying fusion of jazz, blues and country. We joined the slick but soulful guitarist from Baton Rouge to talk bayou blues – and pick up some of his best licks first hand…

Some time ago we had one of those wonderful and rare ‘hallelujah’ moments where you get truly knocked off your feet by a player you’d never encountered before. Jonathon Long, a 32-year-old from Baton Rouge, Louisiana, may not be a household name quite yet, but his effortless command of country, jazz and blues licks recalls greats such as Danny Gatton – not a comparison one uses lightly.

When we caught up with Jonathon last summer, he was playing on a blues-themed cruise hosted by Joe Bonamassa. But he’s about as far from the popular blues-rocker as can be, citing Johnny A, Tony Rice and Guthrie Govan as equally important influences in his rich inner musical landscape. He’s also got huge chops, which he delivers with the passion of a travelling preacher. We joined the charismatic Southern Suhr-slinger to get to the roots of his eclectic and electrifying style and learn some of his hottest licks direct from the source.

Louisiana is a state with a lot of music history. How did you make a name for yourself on that scene?

“I got pulled out of the music store when I was 10 or 11 years old by this lady named Dixie Rose in the town I was living in and she said, ‘You’re great, you need to come and be heard.’ So I played with her a couple of years and then eventually she introduced me to the blues jam at Swamp Mama’s in Baton Rouge, Louisiana. And I would just go hear these old players like Kenny Neal and Larry Garner, and Raful Neal was still alive. Just old souls and just good players.

“So the local guys at the blues jam that were out there touring and doing it were my biggest influences early on, in the beginning. I just knew that I could feel that it had to be real. You could get up there and try to imitate it, but everybody could see right through you if you just got up there and you tried to act it. You had to really feel it and be about it.

“And I could tell those people, those guys who were my early influences, were truly about what they’re singing and playing, and I wanted to feel that one day. I wanted to figure out a way to get into that sort of spirit, just that soul. Almost like, even if everything was going great and I was born a rich kid with a silver spoon in my mouth – which I wasn’t, but if I was – I would still want to find the blues. Do you know what I’m saying? I would want to feel just the struggle. That way you could really live it and be it. So I think that’s really important.