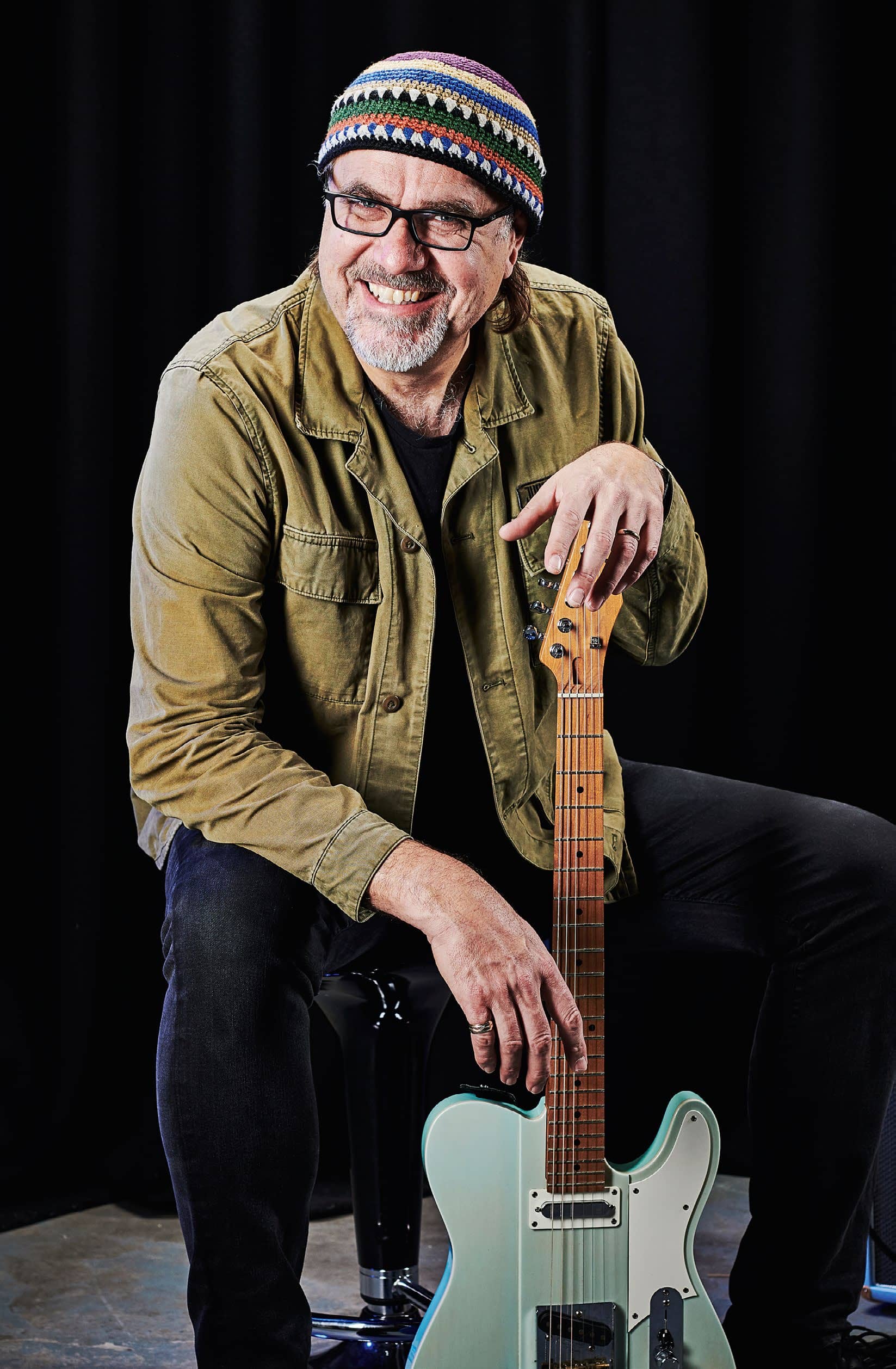 Guitar instrumentals have supplied some of music’s most evocative moments. We asked some top guitarists for their take on this iconic movement. This month: that stunning American virtuoso in all styles, and super wit to boot, Greg Koch.

GT: What is it about guitar instrumentals that appeals?

GK: I go through phases between writing vocal tunes and instrumentals. I certainly feel more adventurous in writing and performing instrumental selections. I can unleash the unmitigated beast if you will. I just love the sound of a guitar being abused as the focus a tune.

GT: What can an instrumental provide a listener that a vocal song can’t?

GK: Vocals certainly frame the meaning of the piece in a way that an instrumental doesn’t. You can interpret the intent of the song more broadly without a lyric. I think a vocalist can be polarising in a way too, but then again I know people who can’t stand listening to music without vocals. So, I guess to each their own. I remember going through a phase as a youngster where I wished Led Zeppelin would have been strictly instrumental but then I succumbed to the majesty of the vocal stylings of Mr Plant.

GT: Any tendencies with instrumentals that you aim to embrace or avoid – rhythms, harmony, playing approach)?

GK: The tunes I do with the Koch Marshall trio are a lot more groove-oriented and a little more simple in their harmonic approach in comparison to some of my earlier material. That seems to be the stuff I like to listen to more now by other artists as well. The melody is stated and then there is a jam element although the vast majority of the instrumental tunes I’ve written could have worked as vocal tunes so the song structures and melodic approach of the guitar is in that mindset. Often I’ve developed a nonsense vocal part for my instrumentals with words from a language that doesn’t actually exist… but that version not everyone gets to hear.

GK: It varies, but I definitely refer to sections of the tunes as verse, chorus, bridge etc. Lately, I’ve been purposely keeping the construction a little more simple. For instance, I was always of a mind that tunes required an interesting bridge or C section, but I’ve written a bunch lately where I’ve purposely avoided it. Sometimes I’ll come up with a part or section I think is clever but clearly, that opinion is not shared, so it will get thrown aside or get modified and assimilated into something else later.