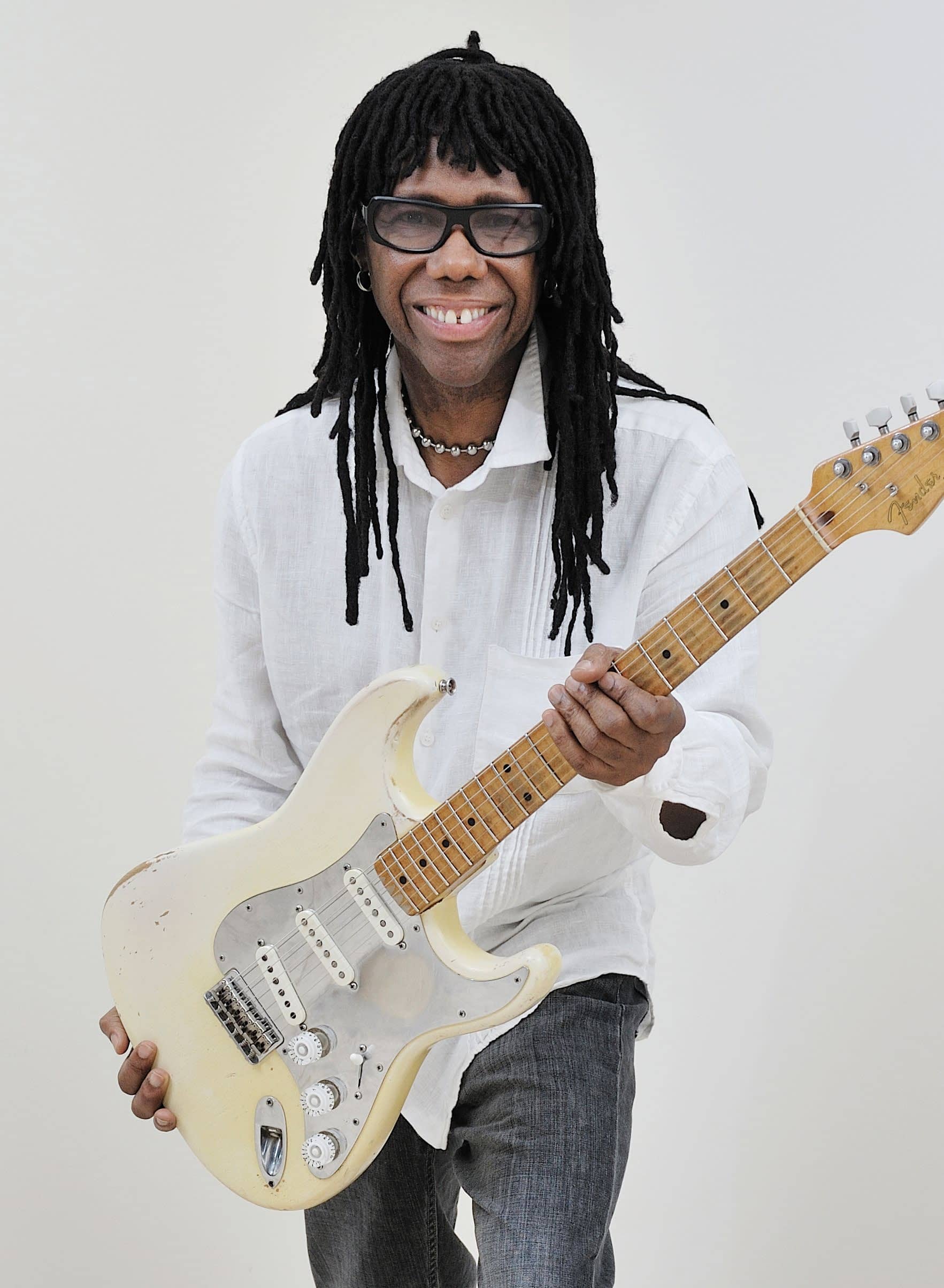 When you think of great guitarists, certain names inevitably crop up. The rock genius of Hendrix, Clapton and Beck, the lyrical blues phrasing of BB King and Albert Collins, the pyrotechnics of Van Halen, Vai and Satriani, and the awesome riffs of Hetfield and Townshend. But when it comes to pure groove guitar what names spring to mind? Stax label’s Steve Cropper and James Brown’s iconic Jimmy Nolan? Yes, but as Yoda remarked in The Empire Strikes Back, “There is another...’ And that’s Nile Rodgers.

Rodgers has been a major player and producer since the mid 70s. From his band Chic (alongside Bernard Edwards) to playing or producing for the likes of Sister Sledge (We Are Family, 1979), Diana Ross (Diana, 1980), David Bowie (Let’s Dance, 1983), Madonna (Like A Virgin, 1984), The Vaughan Brothers (Family Stand, 1985), Jeff Beck (Flash, 1985), Duran Duran (Notorious, 1986), and Daft Punk (Random Access Memories, 2013), he’s responsible for much of what we appreciate as mainstream funk guitar. With his clean Strat tones reverberating on countless radio and TV shows as well as finding favour with modern R&B and hip-hop acts, Nile sat down with GT so that some of his 16th-note genius can rub off on you. Read on...

Although you’re known as a funk or R&B guitarist, your influences and musical appreciation are far wider than that…

For me, guitar playing is not about limitations. I love Jimi Hendrix as much as Wes Montgomery, Paco De Lucia as much as BB King. When I first started playing music one of my teachers said to me that to play and listen to jazz presupposes a certain amount of education. I thought that was so right - most people don’t just jump up listening to jazz, it’s a developmental process. The problem is, I’ve embarked on a process to primarily satisfy my own musical tastes so I can easily go beyond the scope of the normal listener. And that’s why working with partners like Bernard Edwards is great for me - I’d always over-write and he’d say I had enough material for 15 records.

Coming from a jazz background, I love piano players like McCoy Tyner. When I started playing I had a teacher named Ted Dunbar who was Wes Montgomery’s roommate at school. The philosophy of Ted and Wes was, no matter how well you solo you have to be able to play chords because jazz is built on harmony. So Ted taught me chords in sets of three strings to define their sound and function. Also, Bernard showed me how to play great R&B by keeping the hand in one area and playing on sets of two or three strings. You can define the harmony and play melodies without even moving. Although I consider myself a jazz player, when I play R&B it’s with this fusing from Ted and Bernard.

One of my preferences is working in the realms of Minor chords like Chic’s Good Times and Le Freak, or Bowie’s Let’s Dance. If the song is based in a Major key I like to add some twists - with Chic’s Real People I used the ‘Rhythm changes’, meaning the chords from George Gershwin’s song, I Got Rhythm. That was what Real People was - the Rhythm changes with an R&B groove. The only other hit that I used Major chords on was Sister Sledge’s We Are Family.

I don’t have a preference for any key, although being a guitarist I like E for the open strings. Also, if you screw up, at least the harmonics are a little more sympathetic! But I do like variety: Le Freak is in A Minor, Everybody Dance is in C, Dance Dance Dance is in F and He’s The Greatest Dancer is in G because I had the open third string in the riff. I loved how John McLaughlin in the Mahavishnu Orchestra would pedal on one string. I also like playing riffs where you can sound open third or fourth strings while playing something else.

Where my interests really lie is making music that is very groovy and jazzy, rhythmically tight with an over-developed sense of harmony. When I was a kid you’d always go play with jazz musicians that were well above your level and hope you could hang with them. It was called separating the men from the boys. And we’d always play a song like Cherokee. A lot of the early dance music was put out by jazz musicians - Herbie Mann put out a really big record called Hi Jack. A really good guitar player [Joe Beck, ed] put out a record in 1975 called What A Difference A Day Makes with Esther Phillips, so a lot of jazz artists were making disco records as they now call them. That’s what really brought me into commercial music as it made me feel my concepts had integrity but still have mainstream appeal with songs like Everybody Dance.

Tell us about your favourite guitars and amps, and about your live and studio appoaches.