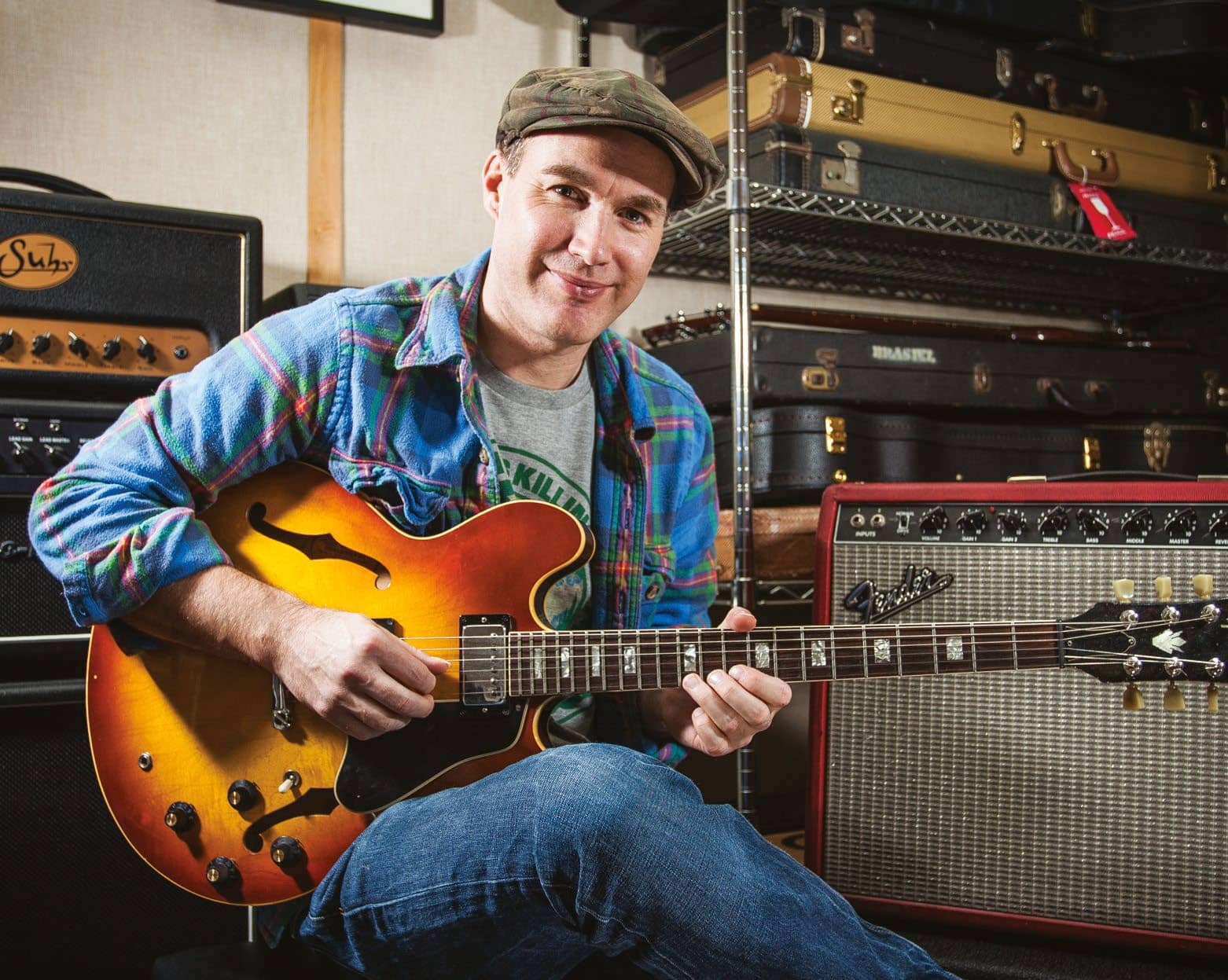 Justin Sandercoe of justinguitar.com lends GT his insight as one of the world’s most successful guitar teachers. This month: Ukulele For Guitarists.

Have you ever picked up a ukulele? I know this is a guitar magazine but ukes are super cool and dead easy to play if you have some experience with the guitar. I’ve spent much of the last month exploring ukulele for a new book of children’s songs that I just published and thought I’d share some of the basics and get you going.

There are four common sizes of ukulele and the intervallic jumps between the string notes on all of them is the same as the thinnest four strings on a guitar – so the chord shapes are the same but with notes on the thickest two strings removed. The string closest to your face is one octave higher so scales need adjusting but chords work great and there are some super-fun and easy new shapes available.

Soprano, concert and tenor ukuleles are tuned GCEA but the fourth (G) string is just a tone lower than the third (A) string, so the third string (C) is actually the lowest note. So yes, the intervals are not quite the same as guitar, but I’m keeping it a simple introduction.