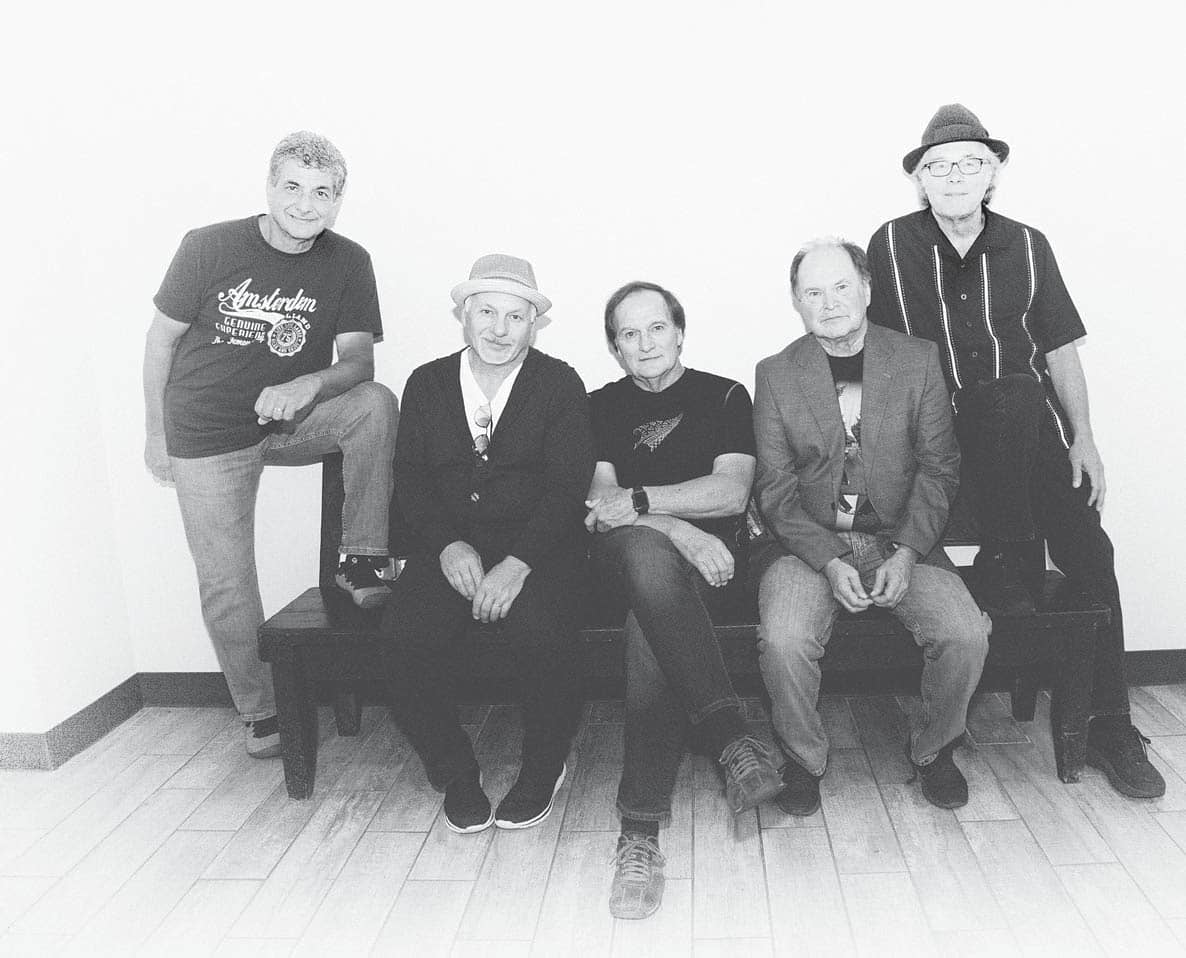 Ask a casual rock fan if he or she has heard of The Choir, and you’re likely to get a quizzical look followed by a “no.” Pose the same question to a hardcore music fiend — especially one with a familiarity with the Cleveland music scene — and the answer is more likely to be “yes.” But even in that latter case, any subsequent conversation is likely to center around “It’s Cold Outside,” a regional hit for The Choir in an early configuration. That track was included on Rhino’s expanded 4-CD version of the Lenny Kaye-curated Nuggets compilation. Originally released in 1966, “It’s Cold Outside” is today considered a classic of the garage rock subgenre, and the lineup that recorded the song is also notable: Three of its four members would go on to the Raspberries, heroes of the early ’70s power-pop movement.

But there’s another chapter to the saga of The Choir, and it’s one that — while less known — yielded substantive creative output. In 1969, that later, more musically ambitious lineup recorded a cache of material, but that music wouldn’t see official release for nearly half a century. And in large part thanks to the enthusiastic reception for Artifact: The Unreleased Album, the later-period Choir lineup reunited to play a handful of live dates. Now in 2020, Omnivore Recordings has released an audio document of one of those shows, Last Call: Live at the Music Box.

While that 1969 lineup of The Choir was responsible for a stack of quality original songs — collected on Artifact — the band’s choice of cover material reveals a great deal about where the musicians’ heads were during that period. That fascinating selection of songs would constitute a great deal of The Choir’s set when they got back together in 2019. “I think it’s kind of fun that we got to do some of what we did, as far as our roots,” says Jim Bonfanti, drummer and leader of that late-period lineup. (Bonfanti — the sole member to be with The Choir from its first single to the end — went on to greater fame with the Raspberries.) “These were songs that were always my favorites,” he says. “And I’m so happy to have them now on a real recording.”

Those songs made the most of one of The Choir’s most interesting characteristics: not one but two keyboard players. Phil Giallombardo played organ and Kenny Margolis played piano. That combination allowed The Choir to tackle the subtle, nuanced and sometimes complicated arrangement of tracks like “A Whiter Shade of Pale” and “Conquistador,” both hits by British progressive band Procol Harum.

The Choir also covered lesser-known works by that group, including “Kaleidoscope” and the title tracks from Procol Harum’s Shine on Brightly and A Salty Dog. The band displayed their gospel and soul influences by including Billy Preston’s “That’s the Way God Planned It” in their set, their love of hard rock with Bob Seger’s “Rambin’ Gamblin’ Man,” and an appreciation of sophisticated baroque pop by way of Richard Harris’ reading of Jimmy Webb’s “MacArthur Park.” The reunited group played all of those and more in a 2019 set at Cleveland’s Music Box Supper Club. “I actually played keyboards on MacArthur Park,” says The Choir’s guitarist Randy Klawon. “So we had three keyboards going on that one.”

Some of those songs — most notably the covers of Procol Harum album tracks — weren’t exactly AM radio fare in 1969. But Klawon says that the band’s following knew them. “The Cleveland audience was pretty hip (to those songs) that time. We played teen clubs; the crowds were teens. But, yeah, they were exposed to that stuff.”

Klawon says that the keyboard-centric setup helped make The Choir different from the other bands playing around town. “But we covered Beatles songs, too, for instance,” he recalls. “We covered a Zombies song. And we played Beach Boys songs that had instrumentation that was a little bit more than the two guitars, bass and drums.”

Very little of this material would have fit well into a set by the earlier lineups of The Choir. Good a band as they were, their style was decidedly more garage-rock in nature, built around that conventional guitar-bass-drums setup. “The original Choir and this Choir are so far apart from each other, it’s astounding,” say Bonfanti. “The first Choir, we were together in ’65, so we did ’65 (songs). We did all of that British Invasion stuff.” And he notes that the band’s original songs — like the single “It’s Cold Outside” and its flip, “I’m Going Home” — were written and played in that style as well.