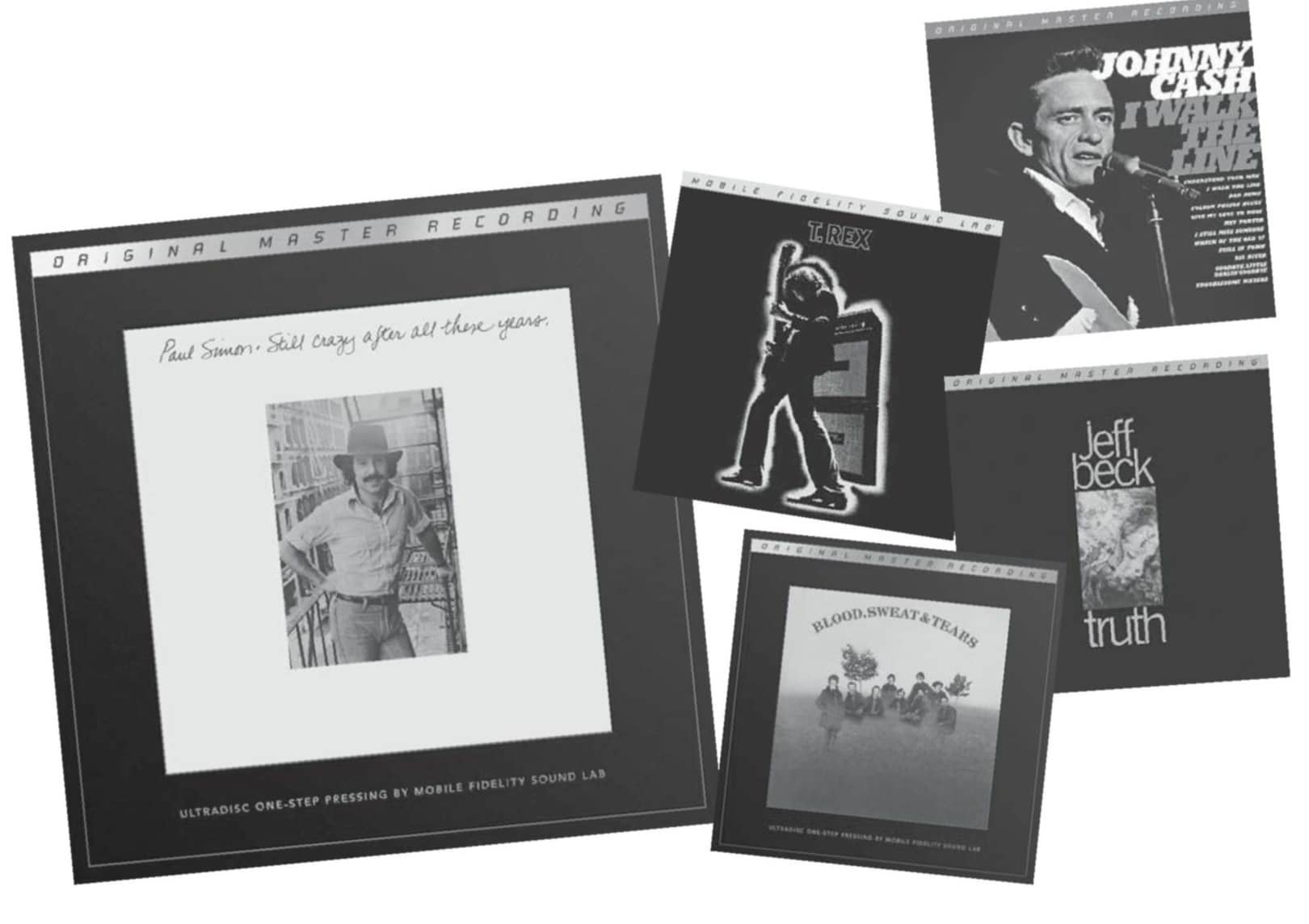 MOBILE FIDELITY SUCCEEDS AT GIVING THE BEST SOUND TO ALBUMS THAT MOST RECORD COLLECTORS LOVE.

The words “musician,” “record collector” and “audio-phile” do not necessarily find themselves used in the same article. In the case of my latest story on the history of Mobile Fidelity, they all come together, because I am all three of them.

I came to all three at about the same time (at age 12) and have grown into a huge record collector, a longtime audiophile and, of course, as the guitarist for Twisted Sister, a musician.

Mobile Fidelity is the story of a company that wants to bring a better listening experience to those of you who desire to have it. To those of you who collect for the sake of rare album covers, original pressings of vinyl, CD or cassette and/or albums that coincide with a special time in your life, then this may not matter to you. For the rest of you who desire to get closer to what the artists heard when they were in the studio, listening back at the recording console, the Mobile Fidelity experience aims to get you there.

Can you hear the difference between an original label release and a Mobile Fidelity version of an album that you may own and is considered a classic? That really depends on the quality of your music system.

You don’t have to get crazy, but a $99 turntable would not be my choice. You need to spend around $300 for a better turntable and cartridge, hooked up to a better amplifier and a decent pair of speakers. At this point, the sound will start to be worth the extra money.

Mobile Fidelity knows what it’s doing. If you take the time and money to invest into a good playback system, your ears will be rewarded. Read the following interview with Mobile Fidelity executives to understand what they do, and the lengths they go to make the reproduction of vinyl a great experience in your home.

Mobile Fidelity is not the only high-end manufacturer of ultra-high quality versions of some of the most famous recordings ever made, but they are the most well known. Other companies are Analogue Productions, DCC, Sundazed, M&K, AudioQuest, Sheffield and Reference Recordings. Personally, I own albums from all these companies.

You may read about all kinds of different ways these companies make their product. 180 gram and 200-gram vinyl, Direct to Disc, One-Step and 45 rpm albums. These processes are combined, too. But the point is to make a better sounding product.

Mobile Fidelity, however, is the granddaddy of them all and I hope that you will learn about the passion that people have to make this hobby of record collecting even more satisfying.

The following is an interview with Michael Grantham and Josh Bizar.

GOLDMINE: What year was Mobile Fidelity Sound Lab (MFSL) created and who were the founders?

MICHAEL GRANTHAM: The first Mobile Fidelity LPs started showing up with the ORIGINAL MASTER RECORDING stripe across the jacket in 1977. But Mobile Fidelity Sound Lab and its original logo date back at least a decade before, when recording engineer Brad Miller established the label to release LPs featuring mostly vintage steam engines, various trains and thunderstorms. He lurked under trestles with a portable 8-track and mic in the rails to capture passing trains. The recordings were a step up from previous hi-fi demo discs of ping-pong matches and weird stereo sound effects. Brad then met up with hi-fi enthusiast and disc jockey Gary Georgi in Washington State. They began sharing philosophies, working together on how to get Brad’s superb live recordings — some that had levels that normal cartridges couldn’t track — to sound on vinyl like they did on his tapes. Research led them to the half-speed mastering process, then used for cutting quad recordings, and ultimately, Stan Ricker in Hollywood. Besides cutting their first test discs of Brad’s material at half-speed, Stan turned them on to Japanese virgin vinyl pressed by JVC in Yokohama. Brad and Gary became convinced the marriage of great recordings, using the original first-generation tape, adhering to half-speed mastering, and pressing on superior vinyl was the magic recipe that could take current popular LP titles to a new level of playback for the burgeoning high-end community — a group that shortly thereafter, following MFSL’s burst out of the gate, took “audiophile” from niche hobbyism to a worldwide movement.

GM: What was the Mobile Fidelity (MoFi) mission statement at the time?

MG: There probably was a business plan for creditors and possible investors — particularly once MoFi went from garage hobbyists to a label reissuing major music titles — but I never saw a copy. It was probably based on “applying the highest form of qualitative mastering technology to give the high-end consumer the definitive software for a live, in-the-studio playback experience.”

GM: How hard was it getting the labels onboard?