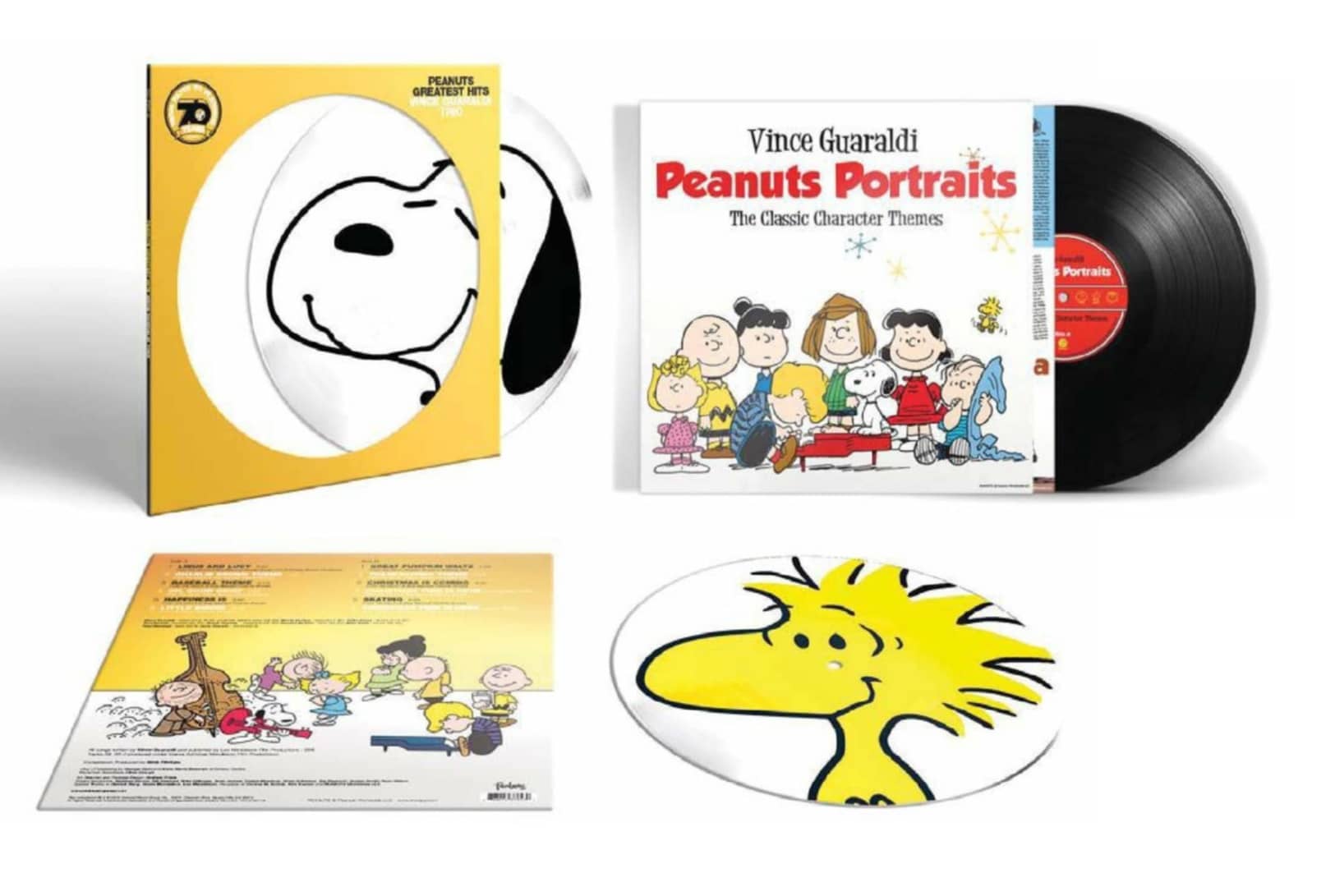 GILLIAN G. GAAR LISTENS TO THE LATEST PEANUTS RELEASES ON VINYL, AND PONDERS THE GENIUS OF COMPOSER VINCE GUARALDI.

Television producer Lee Mendelson was at home one evening in 1963 when he got a call from jazz musician/composer Vince Guaraldi. Mendelson had recently hired Guaraldi to provide the music for a television documentary on cartoonist Charles M. Schultz and his Peanuts comic strip, and now Guaraldi had a new composition he wanted to play him. Mendelson suggested waiting, so he could hear it in person, but Guaraldi would not be put off, telling his producer, “I’ve got to play this for someone right now or I’ll explode!”

So Mendelson listened over the telephone line. Guaraldi’s piece opened with a brisk ostinato piano line played on the lower end of the keyboard, with the melody, played on the higher keys, coming in six seconds later. It was catchy and upbeat, the kind of tune that puts a smile on your face. And it was destined to become a classic, a number that’s instantly recognizable from its first notes. It was called “Linus and Lucy.”

The instrumental piece is now inextricably linked to the Peanuts characters, especially during the holiday season, due to its prominence in the television special A Charlie Brown Christmas. And it’s a legacy that’s being celebrated this year in two new vinyl reissues commemorating the 70th anniversary of the Peanuts comic strip, which made its debut in seven newspapers around the country on October 2, 1950: Peanuts Greatest Hits and Peanuts Portraits, released on Craft Recordings.

Guaraldi was born Vincent Anthony Dellaglio on July 17, 1928, in San Francisco. He took on the name Guaraldi when his parents divorced and his mother remarried; his stepfather, Tony Guaraldi, adopted him. Guaraldi took piano lessons as a child, and was performing professionally by his teens. He released his first recording in 1953, as a member of the Cal Tjader Trio. He also recorded with such musicians as Stan Getz, Woody Herman, Gus Mancuso, Frank Rosolino and Brew Moore.