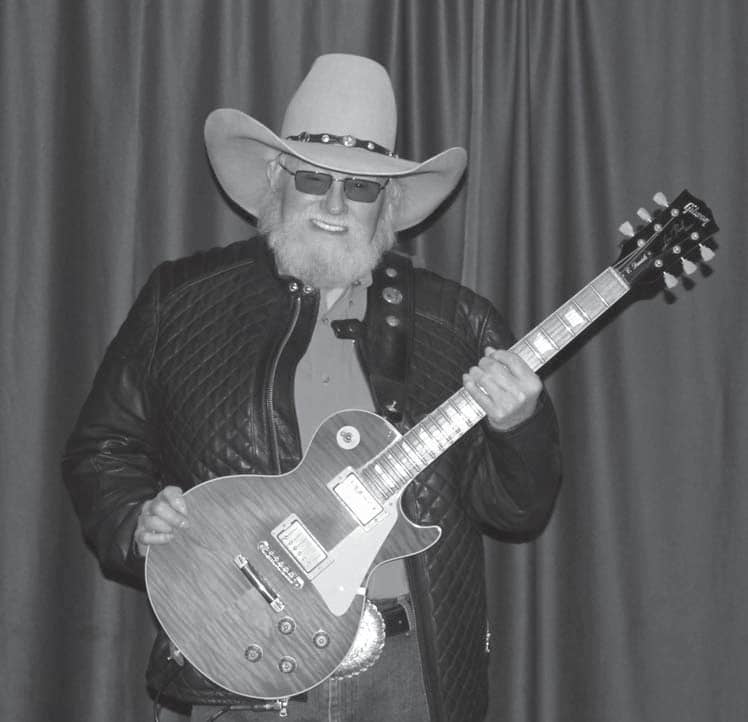 ON JULY 6, the music world lost one of its true greats with the passing of Charlie Daniels who died unexpectedly from a hemorrhagic stroke. Perhaps most famous for the Grammy awarded hit single “The Devil Went Down to Georgia,” Daniels was renowned for more than just his musical ability. A supremely talented multi-instrumentalist, equally adept on guitar, fiddle, mandolin and banjo in such diverse genres as rock, bluegrass, gospel, jazz and of course country for which he was inducted into their Hall of Fame in 2016, Daniels was also known for his philanthropic work benefitting military veterans, cancer patients, those afflicted with Muscular Dystrophy, and other charitable endeavors.

Following his breakthrough 1973 solo hit single, “Uneasy Rider,” Daniels formed the first incarnation of The Charlie Daniels Band. Six years later, the band hit paydirt with the multi-million selling Million Miles Reflections album. While extremely politically conservative, his sentiments were echoed in such songs as “In America,” “Simple Man,” “It Ain’t No Rag, It’s A Flag” and “(What The World Needs Is) a Few More Rednecks,” Daniels was equally embraced by rock fans, touring with Eric Clapton and The Rolling Stones.

As someone who interviewed Daniels more than 10 times, from our very first conversation, it felt like speaking with an old friend, and he could not have been any more cordial whenever I would visit him backstage before a show. He will be sorely missed.

GOLDMINE: What are your earliest memories of growing up in North Carolina which you sing about in your wonderful song “Carolina (I Remember You)”?

CHARLIE DANIELS: Well, of course, I was born in the ’30s, so it was a totally different time. There were no interstate highways. Most of our roads were two-lane blacktops or just plain dirt roads. We lived in a pretty rural part of the country. You still had a lot of horses and buggies. I remember my daddy teaching me to drive, telling me what to do when you see a horse or wagon on the road and they stopped. So you had to be extremely careful to get around them.

GM: What was the first music you heard on the radio that really inspired you?

CD: The first music I consciously remember hearing was country, but where I grew up, the radio stations were not formatted to any one kind of music. In the afternoons, because they had a lot of ladies who were housewives in those days, they’d play something different. Around the time school was letting out, they would start playing the popular music of the day, which then was mostly big band stuff. Of course, on Sundays you’d hear a lot of blues. So I was exposed to an awful lot of different music.

GM: Were there any particular favorites of yours, like maybe Hank Williams, Bob Wills or Roy Acuff?

CD: All of them. Roy Acuff was kind of the star of the Grand Ole Opry, and he remained that way as long as he lived. He was always a legend. I really don’t know anyone around now to compare him with. I guess he was like the Luke Bryan of his day.

GM: What made Roy Acuff so special to you?

CD: One of the things that really made him so different to everybody else back then was that a lot of bands were just bands that happened to have a singer. The Smoky Mountain Boys were built around Roy. He was the star, not just one of the players who would happen to sing a song once in a while. So he was very prominent in my life, as was Hank Williams when he came along, and also Ernest Tubb.

GM: Who were some of the first major music stars you saw as a child?