Catching up with a Buckingham 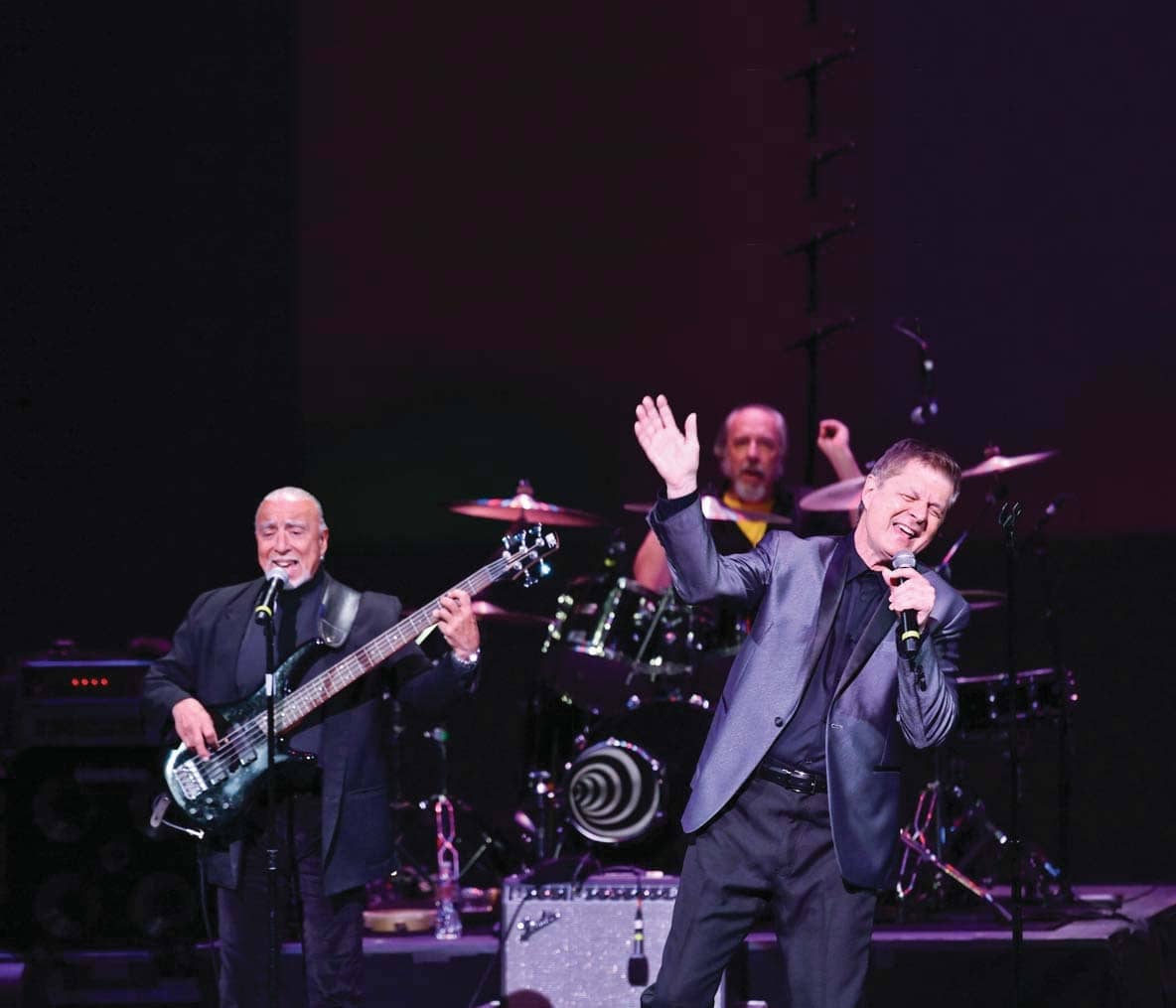 AN INTERVIEW WITH CARL GIAMMARESE OF THE ’60S POP GROUP, THE BUCKINGHAMS.

How many can remember the Summer of Love? Be-ins and love-ins, music in the parks, wear some flowers in your hair. Free love and the anti-Vietnam War movement were everywhere. It was just a mere 53 years ago. Still in recent memory for many. Others were not yet born, and just something to read about and wish you were there. Music wafted over the outdoor crowds, mixing eagerly with the sweet smell of marijuana. Tunes of a young generation were supplied by The Beatles, Rolling Stones, Box Tops, The Supremes, The Association, The Monkees and others.

The music of 1967 gave us many acts with Top 20 hits, among them, The Doors, Box Tops, The Rolling Stones, Supremes, The Beatles, The Young Rascals and Bee Gees. The only groups to score five Top 20 hits that year were The Monkees and The Buckinghams. All these years later, Micky Dolenz and Mike Nesmith of The Monkees are still active and getting it done. The other act, The Buckinghams, are still on the road and performing. Lead singer Dennis Tufano is touring as a solo act, and the other two surviving members of The Buckinghams, Carl Giammarese and Nick Fortuna, have been out on the road with The Buckinghams name well presented. Drummer Jon Poulos died in 1980, and Marty Grebb on keyboards died January of 2020. Billboard is quoted as saying that, “The Buckinghams were the most listened to band in America in 1967.” Originally scheduled for an interview aboard the 2020 Flower Power Cruise in the Caribbean, a telephone interview with Carl Giammarese took place after cruises were canceled.

GOLDMINE: The year of 1967 must have had your head spinning. You had a No. 1 record with “Kind of a Drag,” you toured extensively, you were on the major television variety shows, you had it all in one short period of time. Do you remember the moment when you realized that you had a gigantic hit on your hands and you were now in the major leagues?

CARL GIAMMARESE: Before “Kind of a Drag,” we had a few regional hits like “I Call Your Name” and “I'll Go Crazy.’’ We had a lot of support from the Chicago radio stations, particularly WLS and WCFL that played our local hits. We recorded “Kind of a Drag” in December 1966, and by February 1967 it was the No. 1 record in the country, and I was a senior in high school. That was the last record on our contract with USA Records, and we were in a situation where we had the No. 1 record in the country, and were without a record deal. A lot of companies came calling, and we signed with Columbia.

GM: I am always interested in oddities in the music industry. Your album Kind of a Drag on the USA label has two varieties, one with 12 cuts and another with 13 cuts, including “I’m a Man.” How did that come about?

CG: Yes, the 13th cut. “I’m a Man,” for whatever reason, was recorded at the same time as the other songs and then left off because it was so long. It was a big part of our live show when I would play a solo with the guitar behind my head. We didn’t really know the original recording by Muddy Waters, Bo Diddley and Little Walter. We were big fans of The Yardbirds version, and that’s what we were trying to emulate. Eventually, USA Records added it in later pressings on a limited basis, and fans who can find one, made it more valuable because it was limited.

GM: James Holvay, from the rock band The Mob, wrote a lot of the hits and album cuts. You’re a fine songwriter in your own right. Why did it take so long before you started recording your music, except for a few album cuts?

CG: I never started out to be a lead singer or songwriter. I just wanted to play guitar. Back in the day when bands were forming, we would look around and if you couldn’t play an instrument, then you became the lead singer. It wasn’t until The Buckinghams broke up, and Dennis and I went out as a duo, as Tufano and Giammarese, that I started writing my own stuff. And I wrote most of the music on The Buckinghams’ “Veronica” album (A Matter of Time, 1985).

GM: How come Holvay didn’t keep “Kind of a Drag” for his own band, The Mob?