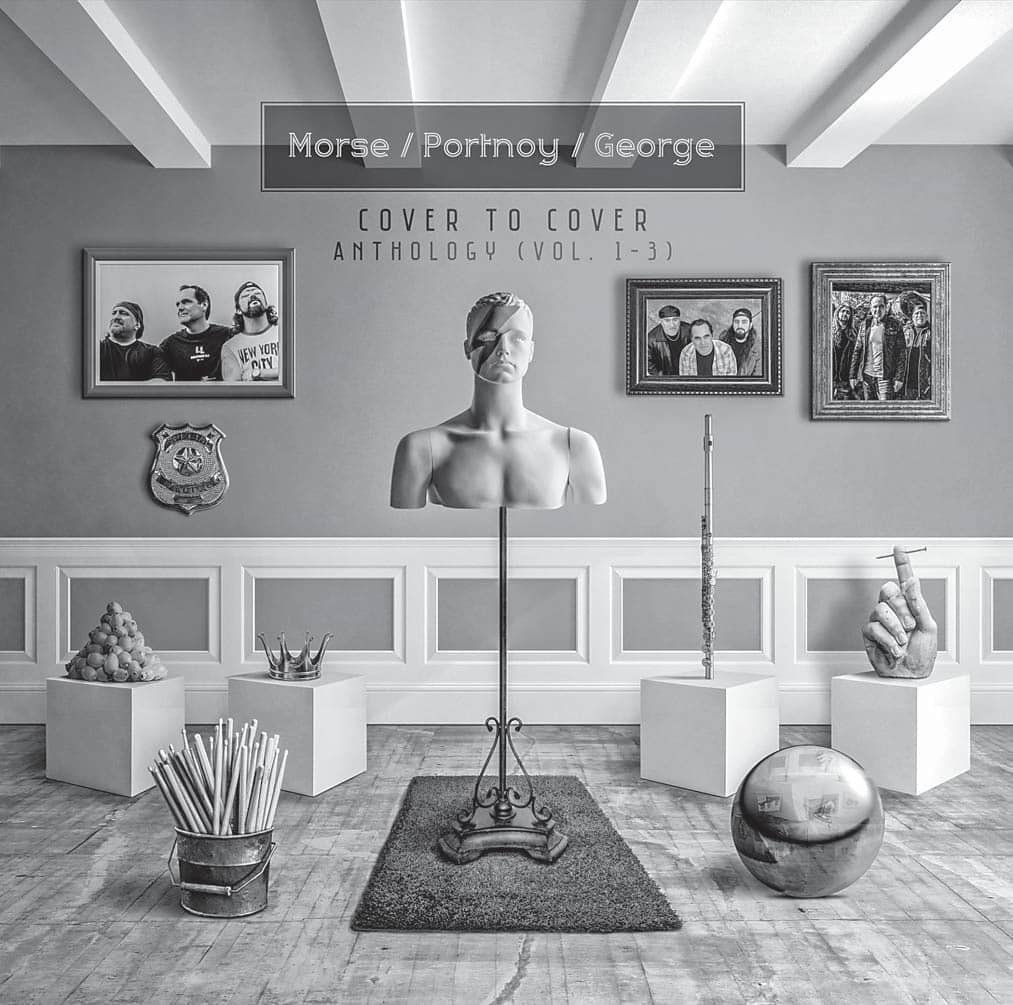 At the same time, he’s maintained a sense of fierce devotion — both as a practicing Christian and as a cover artist whose passion for classic rock became his financial lifeline in the mid-’90s while performing solo in clubs and pubs at home and abroad. His latest project, aptly titled Cover to Cover Anthology — also featuring Portnoy and another continuing collaborator, bassist Randy George — was initiated a dozen years ago and has now expanded into three volumes, which have been bundled as a triple album. Featuring faithful interpretations of signature standards by the likes of The Beatles, Yes, King Crimson, Paul McCartney, George Harrison, Cream, The Who, Jethro Tull, and Steely Dan, it finds Morse and company reaffirming their love for the seminal standards that inspired them early on.

It’s hard to keep up with Morse musically, given the fact that he’s recorded and guested on literally dozens of albums over the past 30 years. He’s an artist whose unquestionable enthusiasm and insatiable musical appetite has found him delving into rock, religion, heavy metal, conceptual collaborations, and a seemingly unquenchable desire to following his muse wherever it might lead him.

Morse appears unstoppable in that singular quest, Goldmine was grateful catch up with him recently while he was ensconced at home in Nashville due to the throes of the pandemic.

GOLDMINE: You have had such a long and prolific career. And the new covers collection is so remarkably well done, which is not always an easy task when it comes to sharing the standards. Our first question might well be how did you narrow down the list of potential tunes?

NEAL MORSE: That’s always the challenge. Many times when we get together and we’ll talk about the album we’re about to make. We don’t always have a lot of time, but we have a little bit of time to discuss the tracks, what kind of album we’re going to make and what we’re feeling, and then kick the ideas around. But invariably somebody will say, enough about that. What kind of covers should we play? Mike keeps a list of covers he likes to play, but it’s always been a challenge to find that extra time. So a lot of times it’s like what do we think would be cool and what do we think we can do rather quickly. I used to play a lot of covers to make my living in the early ’90s. A lot of it for me is how can I do a good vocal on this particular song. There were a lot of songs that Mike had that had to be rejected. They were great songs, but I couldn’t do them justice.

So they had to be songs that I can sing. Everybody’s gotta agree on a song, or at least be willing try it. Mike can push things through simply based on his enthusiasm.