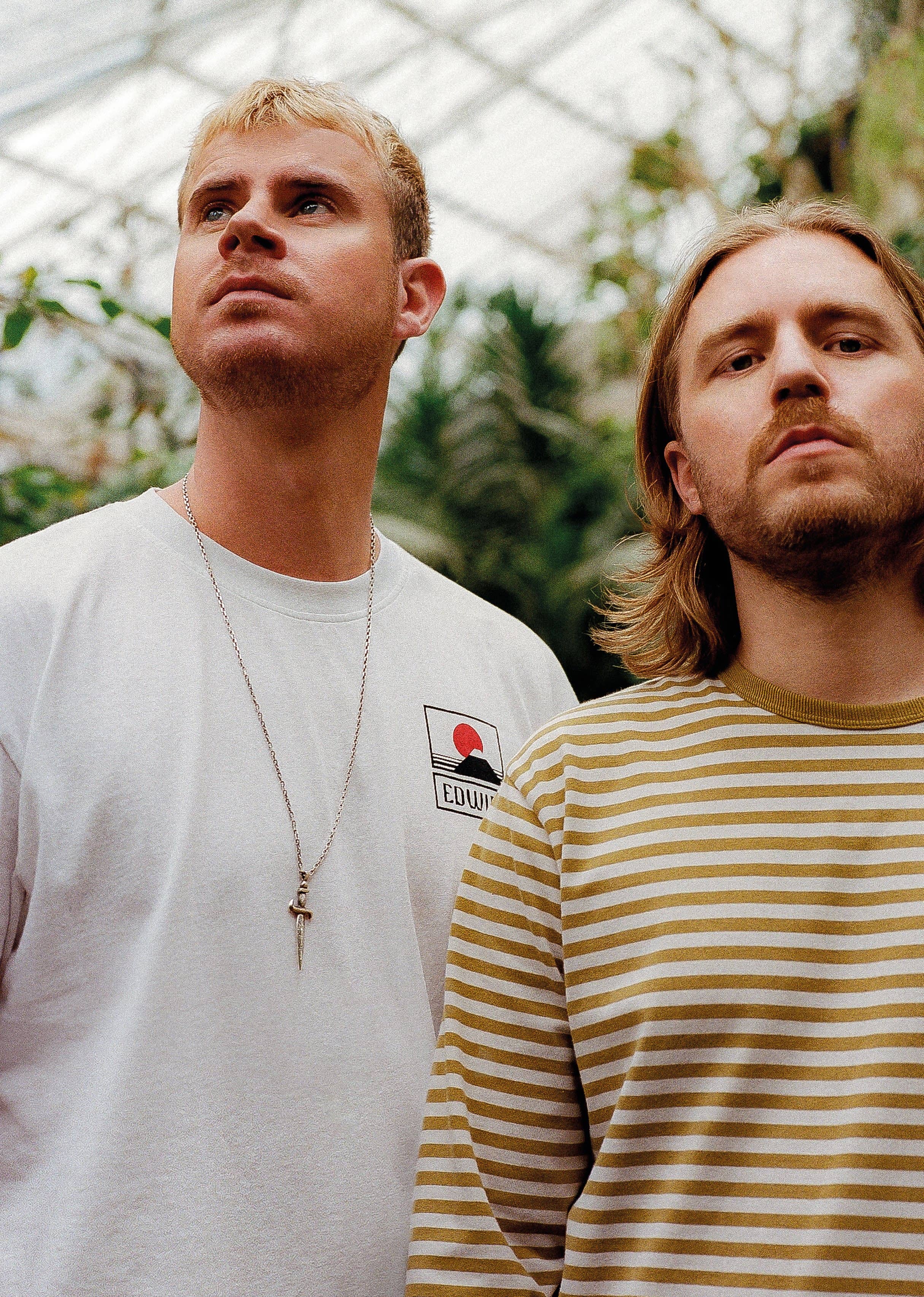 Sharing the billing on many a DJ festival, having both signed to Andy C’s RAM Records, drum & bass heavyweights Sub Focus (Nick Douwma) and Wilkinson (Mark Wilkinson) decided to combine talents in 2017 and release the single Take It Up – leading to the debut long player Illuminate, now streamed seven million times.

Following the album’s success, the duo decided to take the project in a more expansive and experimental direction. With a desire to record ‘real’ instruments and work with a select team of vocalists, producers and session players, Douwma and Wilkinson hired Peter Gabriel’s Real World Studios in Wiltshire. The result is the single Just Hold On, taken from the upcoming album Portals.

How did you guys first meet? We’d imagine your paths would cross quite often?

ND: “I can’t actually remember the first time we met, but it was almost certainly at a gig somewhere. It may have been after one of the EDC festivals in Las Vegas. We both came up on the same label, RAM Records, so we had a kinship through that.”

MW: “I’ve always looked up to Nick and his productions. When I signed to RAM I remember Andy C telling me that was the level of sonics I had to get up to. We started seeing more of each other and eventually got in the studio in 2017.”

ND: “The response to us linking up seemed to be really positive after we made a track called Take It Up. Then we decided to extend the collaboration into a more long form project.”

What initially sparked the collaboration?

ND: “Mark had worked with Dimension on a track called Rush, then I ended up working with Dimension on a track. Everybody had started to open up a bit more on the scene. Before that, there was definitely a certain reluctance to collaborate. It’s so beneficial because, having both been solo producers for a long time, it’s been refreshing to bounce off somebody else for a change.”

MW: “Nick and I got in the studio and saw where we could push things together, especially with this new album. We talked a lot before committing and even thought about doing something completely different. At the very least we wanted to create an album that wasn’t what we’d usually do – more of a listening album that could be played at home or in the car, not just club-orientated.”

ND: “We’re both fans of electronic acts that bridge that gap – Bonobo, Moderat and Jon Hopkins are all producers whose work we really like. We wanted to emulate albums that are dance music but have those live or more cerebral elements that are sometimes missing when you do lots of club-orientated single releases. We just wanted to do something with a bit more depth and ambition.”

For successful collaboration there needs to be diplomacy on both sides. Did you find that?

MW: “It’s an amazing experience to be able to confidently step away from a desk knowing that someone like Nick can go down that hole for an hour and there will be something cool at the end of it. When you’re on your own you can mess about with an idea for five hours, but when you’re collaborating you have to learn to let the other producer go on that journey uninterrupted without jumping in until they’ve seen the idea through.”

ND: “You need to be able to read the person’s body language and learn that when they’re onto a good thing you give them the space to do that. It’s great when you’re stuck on a song too. As anyone who does music production knows, there’s a lot of endlessly listening to things on loop and as that goes on you do lose perspective a bit. We’ve both got pretty high standards and I guess there was a learning curve in surrendering a certain amount of autonomy on songs as we’re both used to making the final call.”

What was behind your choice to use Peter Gabriel’s Real World Studios for this project?

MW: “The idea of doing a writing retreat was on the top of the cards really. We both have a certain amount of outboard gear, but the idea was to really step out of the computer into a studio and record things in a different way. The most important thing is that we did it for us – we wanted to make a listening album that we could be really proud of, and we feel we’ve achieved that.”

Was the fact that Peter Gabriel owns the studio appealing in itself?

ND: “We discussed using a few different studios abroad but thought it would be much easier to collaborate with people in the same country. I’d always thought it would be an amazing place to work. Peter Gabriel has a real background in world music so there are tons of different instruments and microphones there, and a key part was that we could stay in the living quarters and write intensely.”

So you’re in Real World, how did you settle in the first few days?

MW: “For the initial creative side we were jamming and coming up with many different creative processes whether using different instruments, writers or vocalists. We then took those productions away and decided which we’d take the lead on. Nick works on Ableton and I used to work on Logic, so I switched over, which helped the process as trying to work between two DAWs would have been a nightmare. We had to sync the plugins we used, which was really cool for discovering new ones, and by the end we pretty much had the same systems. We also shared a Dropbox folder to save the newest versions of songs, although we couldn’t work on them at the same time as it would end up crashing.”

ND: “At Real World we would often use Live to sync the tempo of our two projects using Ableton Link. For example, a beat could be coming from Mark’s Ableton project and the chords from mine, but we’d have to join the projects together after. I like the way you can browse tracks and drag them into whatever you’re working on in Ableton. I’d often take whole sections and assimilate them into other ones, so we definitely got a lot from using the same DAW.”

Presumably, there’s an engineering team at Real World to give you guidance?