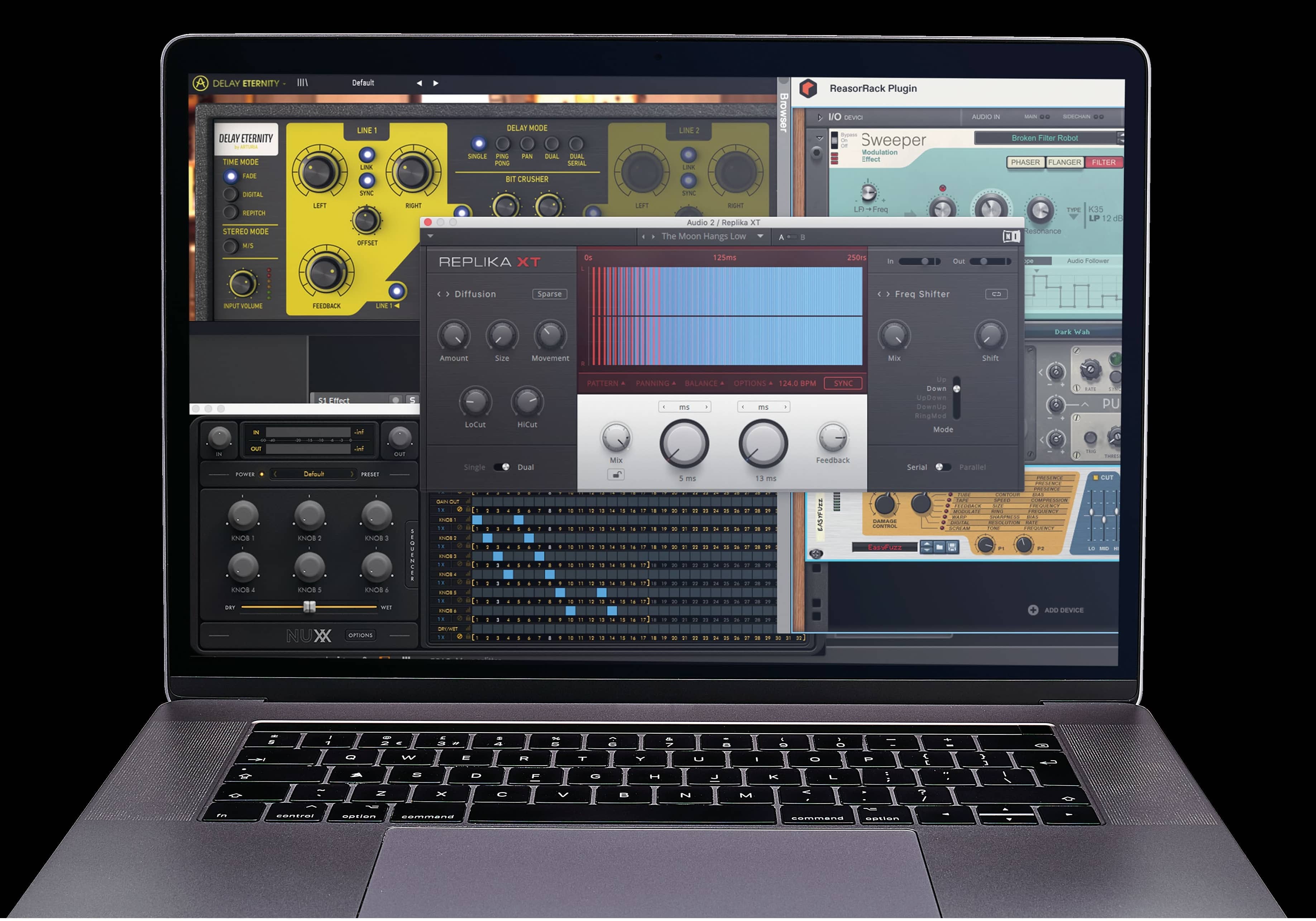 Effect processors are essential for all music makers, but if you’re just using them to mix or fix recording issues, you’re missing out on a vast world of sonic creativity. Let’s push those processors to the extremes and see how we can turn simple sounds into something unique. Let’s head down the rabbit hole...

These days, with all the easy-to-use hardware and software music-making tools at our disposal, the creation of electronic music can become formulaic. Lay down beats, add a bassline, program some synths and samples over them, and you’ve got a basic club banger. Effects processors, used in traditional ways, help sweeten and polish those sounds to give you a tune that’s passably functional, but a bit generic.

So how can you push your productions past the formulaic and come up with ideas never heard before? By getting adventurous with sound design, of course! Take time to explore all those processors sitting in your plugins folder, push them to extremes, and you can quickly spin generic ideas into creative gold.

You don’t need a degree in complex sound synthesis, either – just fire up those processing plugins and morph existing signals!

Creative effects processing demands a slightly different workflow to traditional synthesis and sampling approaches. When crafting sounds with a synth or sampler, you build every sonic component from the ground up, giving you microscopic control over every aspect of the resulting sound, right down to the harmonic level. This demands a fairly deep level of synthesis knowledge – if you don’t know what you’re doing, things can get messy (or fall apart!) quickly. Alternatively, if you’re creatively processing existing sounds with effects, you already have some raw material as a starting point, which can guide your decisions and keep you on track. For example, if you’re starting with a sustained vocal sample, and the end goal is a tonal ‘drone’ or FX tone, some of the decision-making is already done for you – it’s just a case of trying out different sound-sculpting treatments over the raw ‘oscillator’ until you end up with something you like.

On the flipside, extreme effects processing introduces an element of randomness due to the dependence on the input signal. That hypothetical chain of vocal-morphing effects previously mentioned will spit out a completely different outcome when the source sound is replaced with, say, a staccato guitar part or a synth. This can be a good thing when you’re completely devoid of inspiration: fire up a few plugins over a basic raw signal, then flip through effect presets until you stumble upon something that piques your interest.

However, extreme effects processing isn’t just about firing up random presets and hoping for the best. There are a few tried-and-tested techniques that allow you to tear apart the fabric of sound in unorthodox-sounding ways, and we’re going to look at a few over the next few pages. 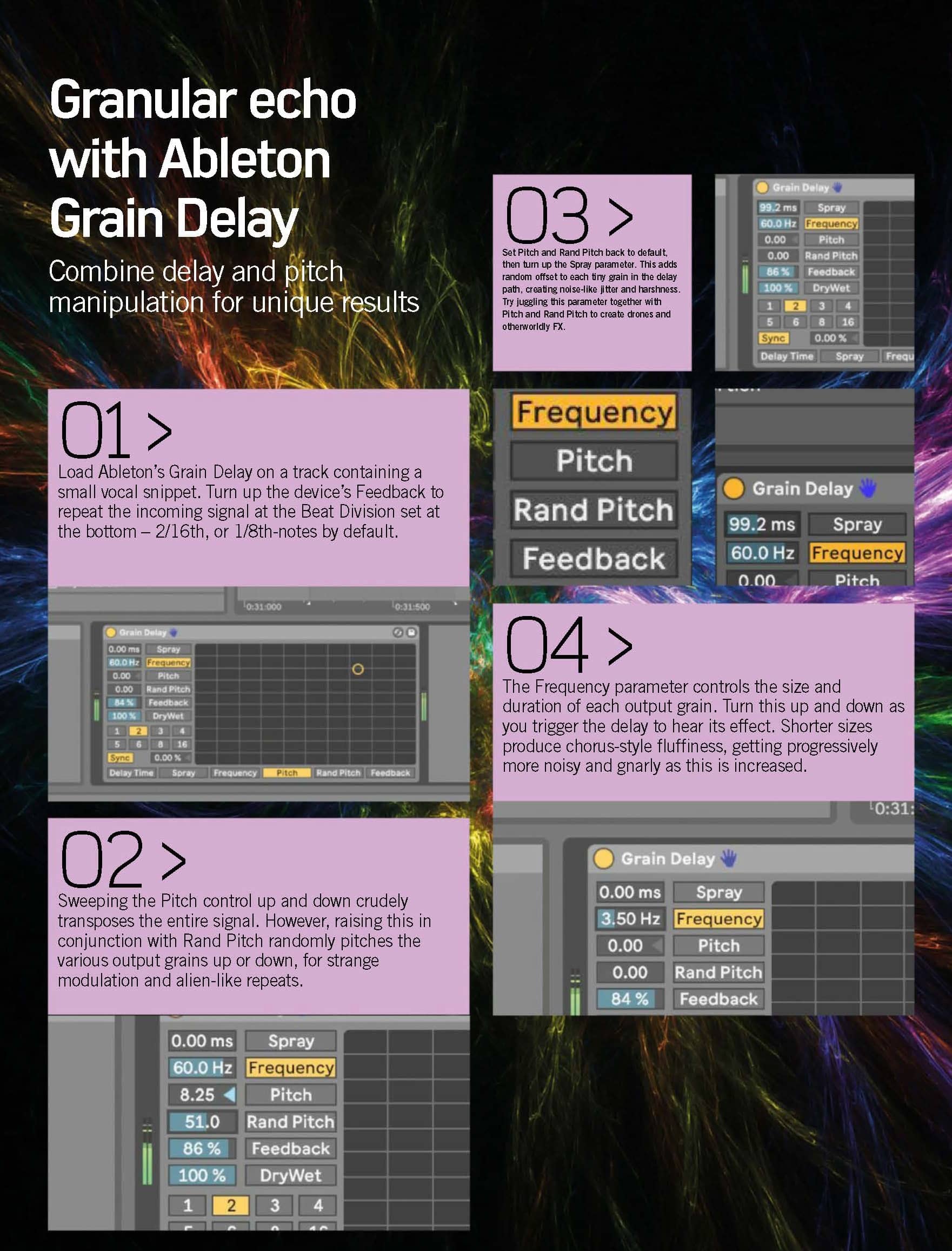 If your source signal can be likened to a synth’s oscillator, then a good starting point for extreme sonic manipulation would be to transform your audio signal’s timbre at the harmonic level.

All DAWs provide at least one method for altering the pitch (ie, tuning) and length of an audio file. These processes are designed to be used subtly – for example, when you need to tune and stretch a vocal sample to fit a track that’s at a different key and tempo. Generally, the further you retune and warp audio away from its base pitch and length, the more artefacts (eg, noticeable ‘graininess’ and glitches) are introduced, and though these side effects can sound undesirably unnatural in more traditional scenarios, they can be embraced and harnessed when pushed to extremes.

For starters, try tuning a source signal way, way beyond its original pitch. Transposing a high-pitched sound down by one, two, three or even four octaves will turn it into a deep, muddy, unnatural sound that can act as a blank canvas for drone design. Conversely, tuning a low sound up by a similarly extreme amount will result in a grainy, sinewy signal. Layer up several of these signals, all pitched to different extremities, and you’ll quickly come up with a unique, multi-dimensional wall of sound with a unique edge.

Following a similar strategy, you should also abuse time-stretching algorithms by lengthening or shortening audio to unnatural lengths. Extend out short sounds (such as drum hits or vocal syllables) over several seconds; and shrink long, sustained signals down.