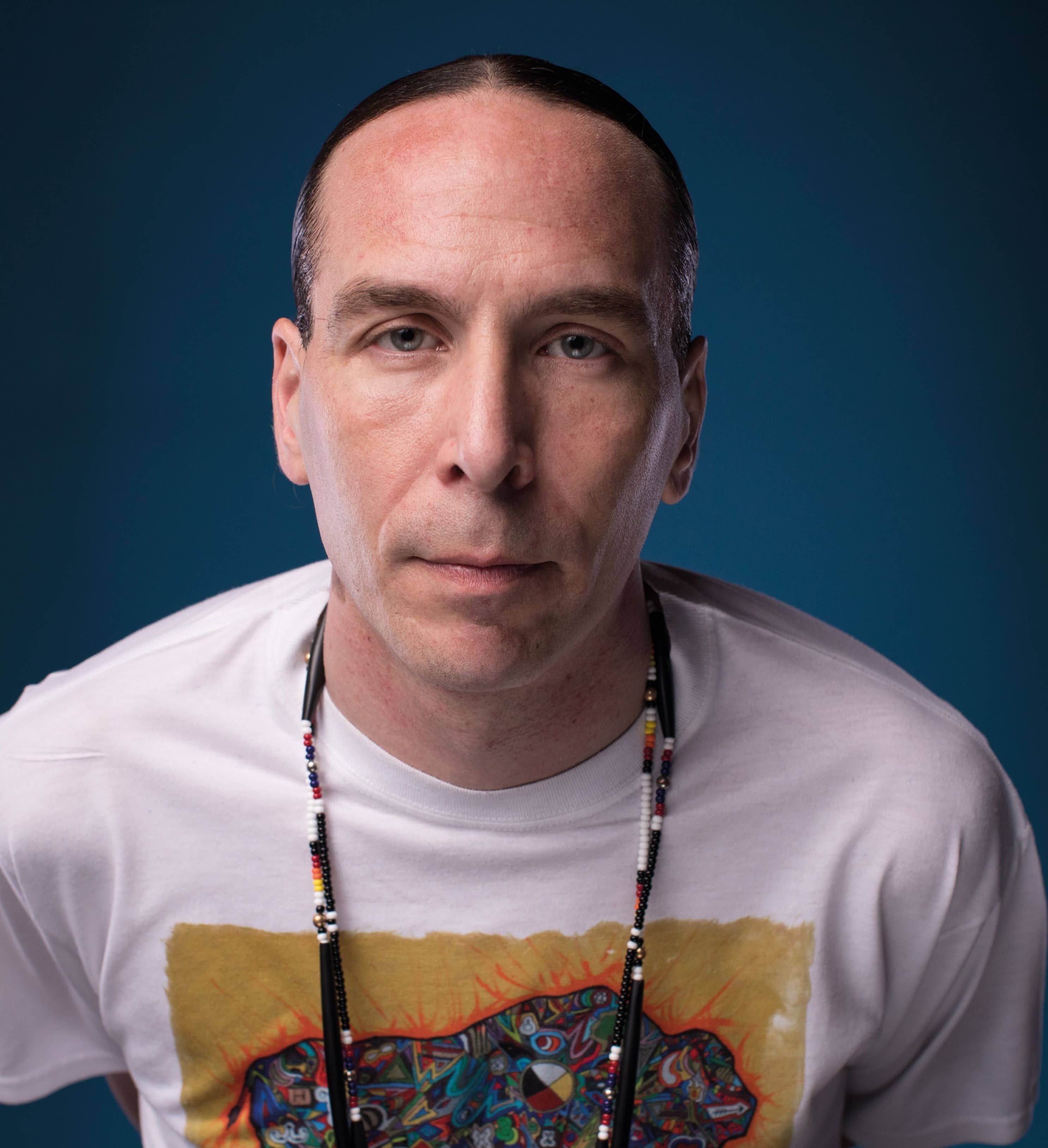 One of North America’s most successful audio engineers, this Canadian has made a huge contribution to hip-hop and indigenous music cultures. Danny Turner hears his take on the industry today and becoming an artist

Mentored by production legend Noel ‘Gadget’ Campbell, Grammy and JUNO award-winning audio engineer and producer David Strickland has been a crucial denominator behind the success of numerous groundbreaking acts in Toronto. Over the past two decades he’s elevated the work of seminal hip-hop and R&B artists like Pete Rock, EPMD, Method Man and Sade, and was mixing assistant to Drake’s chart-topping debut Thank Me Later.

Born and raised in Ontario, Strickland started as a b-boy, before evolving into the roles of DJ, MC, engineer and producer. Embracing his ancestral origins, Strickland has long sought to strengthen ties between hip-hop and native music traditions by bringing artists together. Now, 25 years into his career, he’s ready to sit in the artist’s chair with his latest album project Spirit of Hip Hop, showcasing indigenous MCs alongside his unique blend of mainstream rap rhythms.

You began as a b-boy, which I guess is a terminology that’s lost on young people today. What did that expression mean to you?

“I was an athlete, so maybe it was just another form of expression. Hip-hop is indigenous culture in a modern form and it was the first time I’d tapped into that sort of thing. The ties between hip-hop and native music traditions show that the DJs are like the drummers, the MCs in hip-hop are the storytellers, the b-boys are the dancers and the graffiti writers the sand painters.”

Has modern hip-hop moved too far from the genre’s origins?

“Sure, but that’s always happened. It’s always evolved and always will. I love to make music and work with artists and there’s always going to be good music, bad music and lazy artists. There’s an argument about authenticity and all that stuff, but if you’re looking for that type of sound it’s still being made. With the accessibility we have nowadays it’s way easier to find that music than when I was younger, so if you can’t find what you’re looking for you’re not looking hard enough. People forget all the sub-genres of hip-hop like hip-house, which was great. I don’t know what happened, maybe they call it something else now, but there’s going to be sub-genres and that’s OK, that’s what happens. Good music spreads, evolves and changes – you can go where you want with it.”

Was the plan to become an engineer/mixer and work your way up to a producer role?

“I got into DJing and MCing, which led me into engineering and producing. I wanted to record but I didn’t realistically think I’d be successful at it. I had a good voice so I studied radio broadcasting thinking I could get into radio and make a decent living at that. That was my plan until I really got into engineering and thought, OK, I kind of like this. I learned about gear from spending time in studios but was pretty apt at technology anyway. I did go to engineering school, which led me to my mentor Noel Campbell who taught me a lot of stuff that a school couldn’t teach. It was a labour of love – you can go to school, but to get really good you gotta put in the time and work, so for a lot of the time I coached myself.”

And gear wasn’t as accessible in those days as it is now, presumably?

“Correct. You could sequence on a computer but you had to buy a lot more expensive gear if you wanted to record. Studios were still using tape up until almost 2000 and that was expensive. Technology has changed a lot, so you really had to go out of your way to get into it. Not everybody was into making music like they are now where the whole process is done in-home studios and there are even apps on your phone so you can make a beat.”

Do you feel there’s an element of quality control missing with home studio recording?

“There’ll be artists that sneak by despite not having the quality, but there could be all kinds of reasons for that – maybe nobody taught them, so I’m not trying to be a player here. Some quality control’s missing but there’s still a lot of professionals. Somebody made an app so you could build your own car at home, so technology has changed the game for us all. Car companies are feeling it but they still make better cars.”

Have you noticed a lot of variability in the records you listen to these days?

“I have noticed that. It depends where it’s coming from. See it’s not just the technology that’s changed, the way we play our music has changed. I could go press some records and put them in a store but couldn’t put them on a platform that gives them access to everybody in a week. People are becoming stars because of that accessibility. Back in the day it was good to have that regulation, but what were we missing out on? Think of all the people we wouldn’t have heard from.”

You touched on how people play music. As a producer yourself, have you had to adapt?