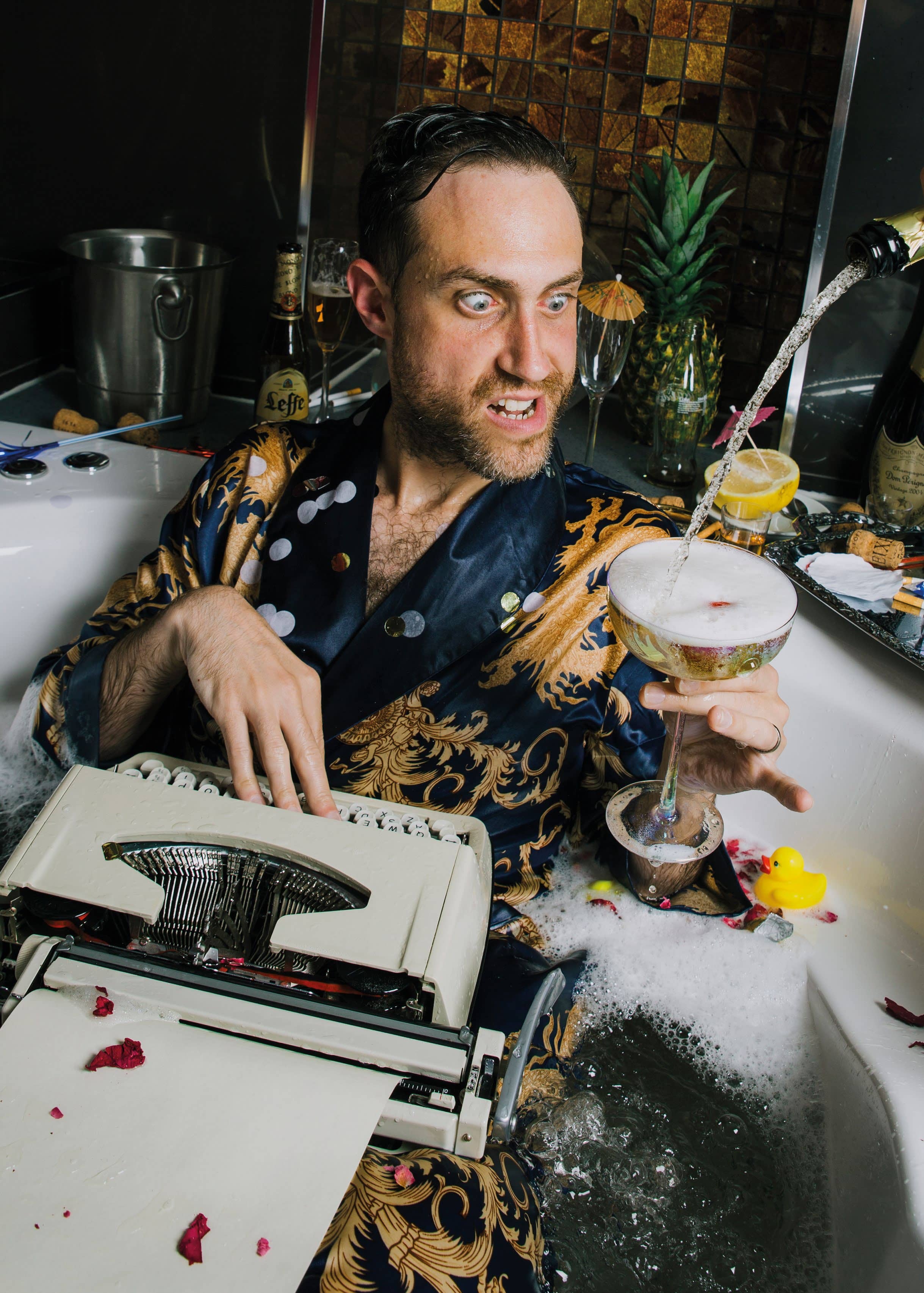 Beardyman has always been a walking jukebox of sorts, able to recreate any sound he hears with pinpoint accuracy and flair. As he hit his 20s he turned his talents into his career, cutting his teeth as a beatboxer, winning fans and competitions wherever he went. But, unlike his hip-hop peers, he knew he could take the art form higher, and break out of that niche world.

His eureka moment came when he started to incorporate sophisticated tech into his live setup. He wanted to be part man, part machine – enter the Beardytron: a music-making rig of his own design that enabled him to play, twist, mould and meld any of the live sounds that came from his lips, and loop and layer them into full song arrangements, on the fly. Like him, it was a one-of-a-kind.

“The Beardytron, as it was back then, was this crazy hardcoded looping DAW, basically,” says Beardyman. “I spent three years working on a system where I could perform live improvised music. I had optimised this thing so that when it was running nothing else would interrupt it. It really was pushing the computer within an inch of its life.”

His new music-making system needed a challenge, so work began on his second album, Distractions.

“I’d made this dream system I could jam with,” he says. “The songs on the album were a bunch of experiments into how I could use the rig. It was designed for jamming and snipping out the good bits, and waiting until some kind of structure occurred. Hopefully, you can hear that when you listen back to the album. It’s got a live feel, but you can see where the edits are.”

The album would end up as a jaw-dropping journey into one man’s quest to become the music. A mission Beardyman continues to undertake as we speak.

Needless to say the Beardytron system is infinitely more sophisticated in 2020 – almost sentient. Then again, as Distractions proves, you might never really knew where it ended and he really began, anyway…

Track by track with Beardyman

A Cheerful And Sunny Disposition

“I thought this was an apt track to start with. The lyrics go, ‘I think I’ve led my life inside a machine/All I wanna do is be real/You know what I mean?’ I thought that could be taken in a bunch of different ways.

“A lot of these lyrics are very personal. They are about me coming out of a shell of something. The feeling of starting anew, and breaking free of things.

“This is all about leaving the novelty behind and just making some fucking music. I felt like I’d trapped myself into a corner. It also sounded like an A.I. gaining consciousness. Wanting to become real.

“The song was edited in Logic and made in the Beardytron. And it’s hip-hop with a late ’90s alt, chill-out weirdness.”

“The title of this track is a direct quote from Douglas Adams [The Hitchhiker’s Guide to the Galaxy]. It’s something that the computer ends up saying when they’ve used The ‘Infinite Improbability Drive’ and shit’s got weird. I felt like this track was doing that a bit. It was just like me returning to normality.

“In the early 2010s, I’d gone from being a completely broke student who was pursuing an unlikely dream – doing beatbox in a world that I didn’t really understand. There were points where I was being stopped everywhere I went. And that was weird.