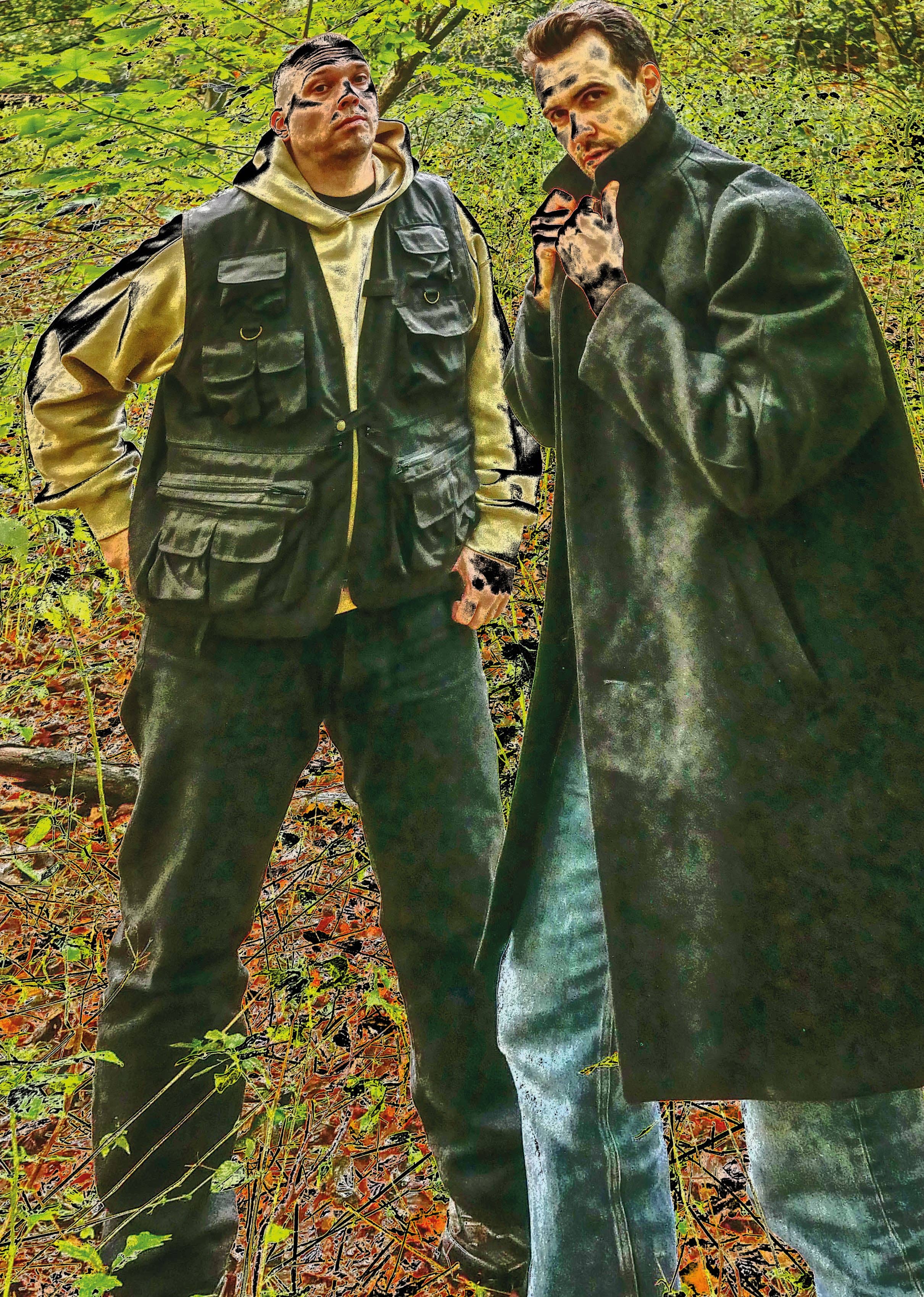 With second LP Tearless, the Berlin duo add ominous vocal effects and metal-influenced riffs into the mix with their ‘avant-EDM’ sound. Si Truss quizzes them on their creative process...

The music that the Berlin-based, Finnish duo of Ville Haimala and Martti Kalliala create as Amnesia Scanner isn’t easily categorised. Their earliest tracks, released anonymously in 2010s, combined the maximalist tendencies of

American EDM with experimental structures designed to wrong-foot the listener as much as make them dance. 2018’s debut album, Another Life, was like rave music turned up to 11, throwing speaker-shaking synths and pop-vocal hooks alongside distorted digital effects and clangorous metallic percussion.

This year’s follow-up, Tearless, pushes their sound into the unknown further still, creating a bleak and apocalyptic tapestry that touches on heavy metal and drone alongside throbbing club beats and almost operatic vocals. Featuring vocal contributions from Brazilian DJ and producer Lyzza and Peruvian artist Lalita, it’s an album that makes a feature of digital alienation; held together with a through-line of vocals that sound distant, warped and ominous. We caught up with the duo for a rare interview to quiz them on how their eclectic soundscapes come together.

What was the original inspiration behind Amnesia Scanner? There seems to be a real mixture of influences at play.

“We started AS as some sort of a blank slate and a playground for us to experiment on whatever we find interesting, so there’s never been any single inspiration, rather an ever growing Frankensteinstyle fusion of different inspiration sources. We listen to stuff on quite broad scope which helps to amplify this.”

Tearless sounds like a record with a concept at its heart, but one that’s fairly abstract – can you tell us a little bit more about the themes behind the record?

“This seems to be a quite common misconception with AS records. We never really started a record with a specific concept. But our songwriting and production process flows mood and aesthetic-wise through different territories over time and if you select a group of song from a specific moment in time they tend to sound somewhat coherent with each other.”

Tell us about the studio and gear behind the new album – it sounds like quite a ‘digital’ sound palette. Is that an accurate description of the synths and instruments being used?