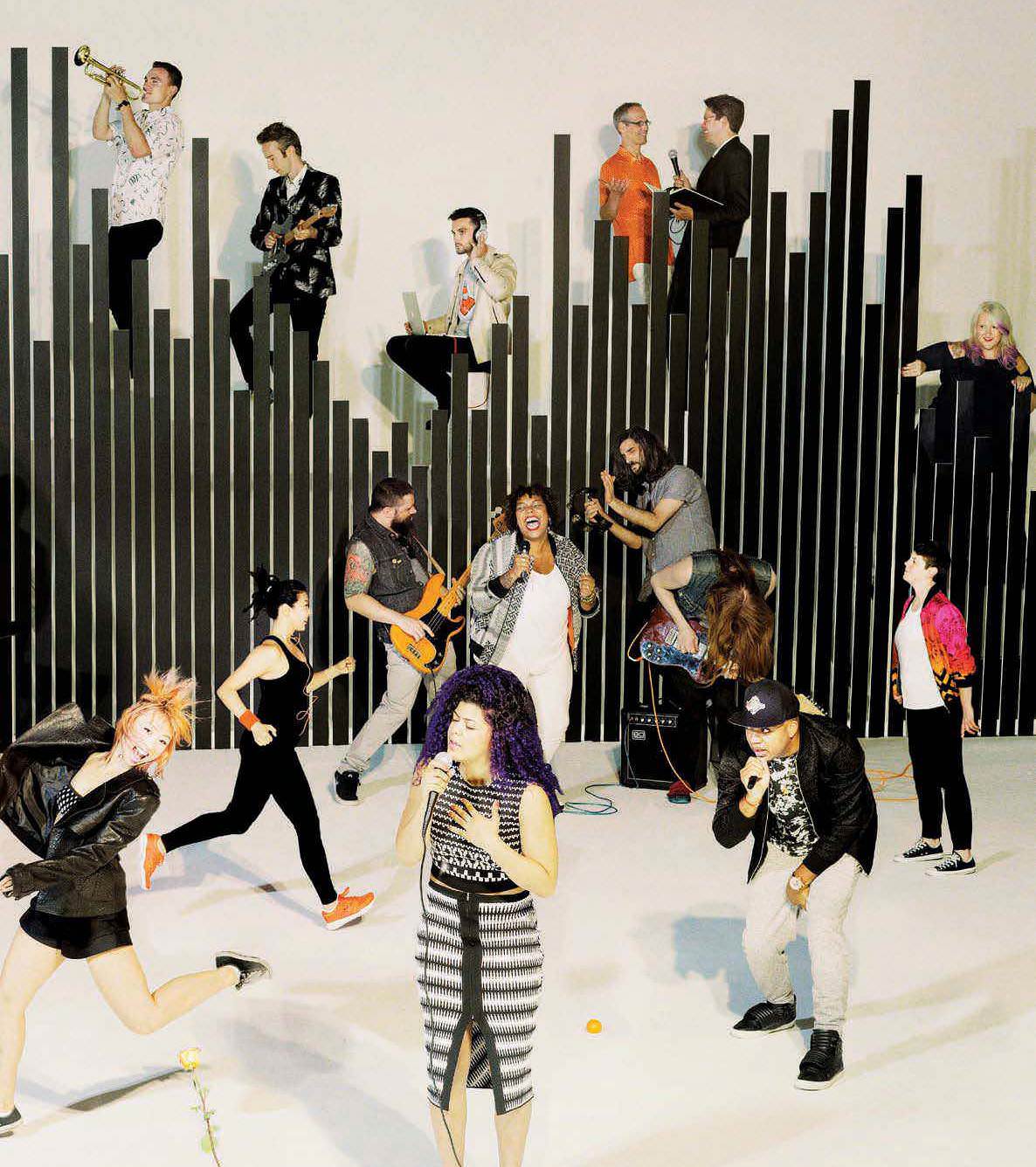 On ripped white jeans and a midriff-baring SoundCloud T-shirt, 20-year-old Toni Romiti belts one of her modern R&B-flavored songs to a roomful of strangers. She hits the notes, bobs to the beat, flips her long, magenta-streaked hair magenta-streaked hair. Still, as she finishes her opening number, there’s a hint that she’s not yet a polished live performer: “That was the first one,” she says abruptly.

Her audience is all enthusiasm. Romiti is singing to the New York office of SoundCloud, the fast-growing Internet audio service that’s attempting to turn the corner from popular app to viable business. SoundClouders, as the company refers to grass-roots music makers such as Romiti, are the soul of the enterprise. If her career takes off, she’ll owe much to SoundCloud. She made her first recording on its app and has since attracted 70,000 followers and scored a handful of gigs she hopes will lead to a tour. When her first successful song took off, she recalls, she was getting 1,000 plays an hour. “I just sat at my computer and cried all day,” she says. “SoundCloud changed my life.”

She closes her short set with a song called PBB, noting that it has a million plays and counting. Almost as an afterthought, Romiti then alludes to her participation in the company’s new revenue-sharing program. “And money is great.”

Musicians drop by the New York office all the time. On this April afternoon, the co-founders are in town, and the 33-year old chief executive officer, Alexander Ljung, glides over to offer kind words and a smile. He and the chief technical officer, Eric Wahlforss, 35, built SoundCloud as a tool for the Romitis of the world to share their work across the increasingly social Web.

While their creation has become a familiar feature of the digital landscape, it’s barely registered in most coverage of the Grand Streaming Wars of 2015, in which Apple Music, Spotify, Pandora Media, and others scrap for earshare. Then again, 8-year-old SoundCloud has a different mission. Its content is a creator-driven free-for-all: Anybody can upload a song (or other audio) and use SoundCloud’s tools to get it out there. Aspiring musicians, mainstream artists, DJs, podcasters, and others have uploaded 100-million-plus tracks and clips, creating a YouTubelike sprawl of unpredictable content.

For listeners, SoundCloud is less like a music collection or radio station than an audio-based social network. To navigate it, you might sort what’s trending by descriptive tags (which get as specific as “melodic house,” “deep house,” and “tropical house”). Maybe you start with the latest from electronica act Major Lazer, then see what else is trending under “dance” or “EDM” or “Diplo.” Perhaps you end up on producer/musician Diplo’s official SoundCloud account. You can “follow” him or any creator. Possibly you’ll find like-minded listeners who assemble cool playlists, or simply repost tracks you like. Leave comments, like, share, and gather your own followers. Everything shared by everyone you follow flows into a constantly updated “stream” of new sounds: SoundClouders collectively upload about 12 hours of audio every minute.

That may sound like a hassle if all you want is a predictably enjoyable soundtrack to your workday or workout. But SoundCloud has 40 million registered users, up from 10 million in 2011, and claims 175 million total listeners a month. According to ComScore, its traffic across desktop and mobile rose 14 percent in May from a year earlier, and 142 percent from two years ago. The audience skews younger than Spotify’s and Pandora’s.

It’s an environment where novelty-obsessed music fans can be the first to discover and support the promising rapper GoldLink,or the independent singer-songwriter Cyra Morgan, or the producer/musician duo Daytrip. Established artists from Snoop Dogg to Beyoncé to Drake have taken to the platform,posting special tracks, remixes, live versions, and promotional experiments. Lorde used SoundCloud to release Royals; Prince used it to release a new track, Baltimore, before his recent “Rally 4 Peace” concert. And that’s only music: SoundCloud is a home for audio of any kind, from amateur field recordings to edgy comedy podcasts.For an adventurous listener, it’s an aural creativity bonanza.

Like Romiti, SoundCloud dreams of a bigger breakthrough.he company recently trumpeted an agreement with the largest f the three major music labels, Warner Music Group, making some of Warner’s content a sanctioned component of the service. he deal closely followed SoundCloud’s announcement of a scheme for generating revenue and sharing it with grass-roots.

Still, crossing over is never easy. Another big label, Sony, recently pulled several of its major artists off the platform. And other digital music players keep moving. The debut of Apple Music includes an element called iTunes Connect that seems calculated to appeal to up-and-coming music makers. Spotify has opened up to podcasts. And YouTube, arguably the most popular on-demand music source in the world already, has a more overtly music-oriented offering in the works.

And yet, SoundCloud’s potential is fascinating, and perhaps unique. The founders have ambitious goals that respond to changes in the way music and sound are created and consumed. It’s a beautiful dream. So long as all the crucial participants— labels, publishers, artists, SoundCloud itself—can agree on how to share it.