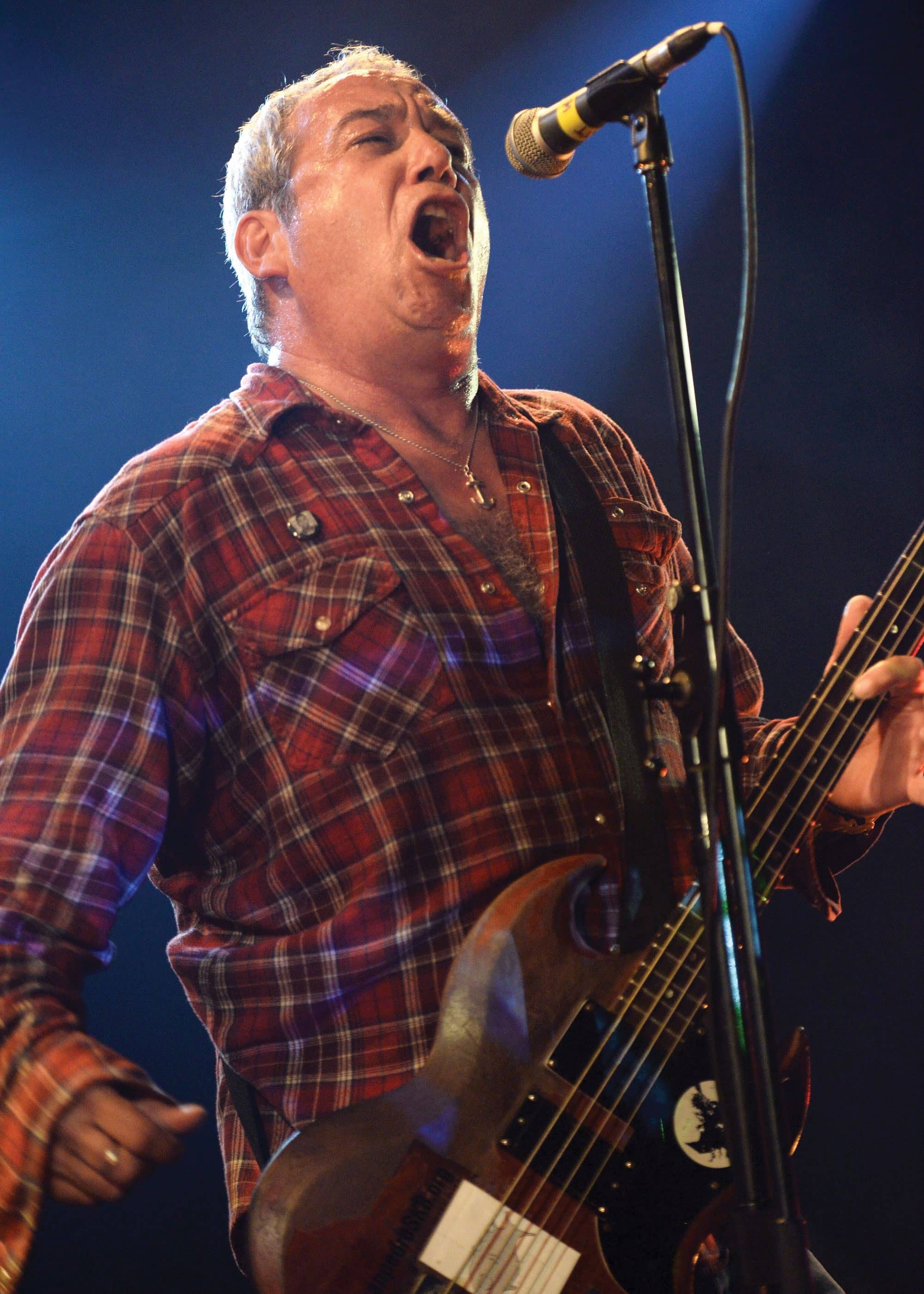 Bassist for a generation of punk rockers, symbol of perseverance against the odds, winner of Bass Player ’s Lifetime Achievement Award, and pioneer of the less-is-more ethos—just take a look at his signature bass—Mike Watt is that rare bassist: one of a kind. We take a meeting with the sometime Minuteman

Joel McIver
“Jumpstart is a slang we’ve got here: Your car’s battery is dead, you use a buddy’s car battery to jumpstart yours. And then Plowhard, a plow’s a thing you use to dig up the earth to get ready for planting, and it’s once you point it in the right direction, you go to work. That was the whole idea of this thing.”

These are the words of the punk bass titan Mike Watt, best known for ‘going to work’ with the Minutemen, Firehose, and about a dozen other bands and projects, when asked about his new band, Jumpstarted Plowhards. A bassist whose drive to create exceeds that of almost anyone you or I know, Watt put in a solid decade alongside Iggy Pop when the Stooges reunited from 2003 to 2013, as well as playing alongside his former wife Kira Roessler, sometime of Black Flag, in the two-bass duo Dos. Then there’s Banyan, with Jane’s Addiction drummer Stephen Perkins; the supergroup Big Walnuts Yonder; and much more.

The Minutemen remain his best-known artistic vehicle, though, a ferocious punk act which burned briefly but brightly from 1980, only ending five years later with the premature death in a car accident of the singer Dennes ‘D’ Boon. It’s noticeable, and sad, that Boon is still a prominent feature of any interview with Watt, even 34 years later—not that there’s anything that will stop Watt now.

Well, I’m busy. I just got done with a tour with Flipper in England, and when the tour ended, I recorded with these guys called Tripper. They had me write them eight songs on bass guitar. Their own bass player played the bass and they had me produce the thing. I’ve been doing a lot of that stuff.

Tell us about writing songs on bass.

This goes way back with D. Boon. We were boys and we grew up together, writing our own songs. I didn’t have to teach him my songs. I’d play the song on the bass, and he’d immediately just start playing to it. When I lost him, I still used the same technique. You know, Charles Mingus, when he was writing songs, he used the piano. I think there’s something about using the bass as a composition tool. A few years ago, Bass Player magazine were asking me about the future of the bass and I thought, well, the future is maybe composition. It reminded me of this thing I was reading about, Chico Hamilton the jazz drummer, in the 60s he was trying to get songwriting credit, but they said ‘Drummers? You guys don’t write songs’. Why? Same thing. Why is it you can only compose on a piano or a guitar?

What are you using for recording gear these days?