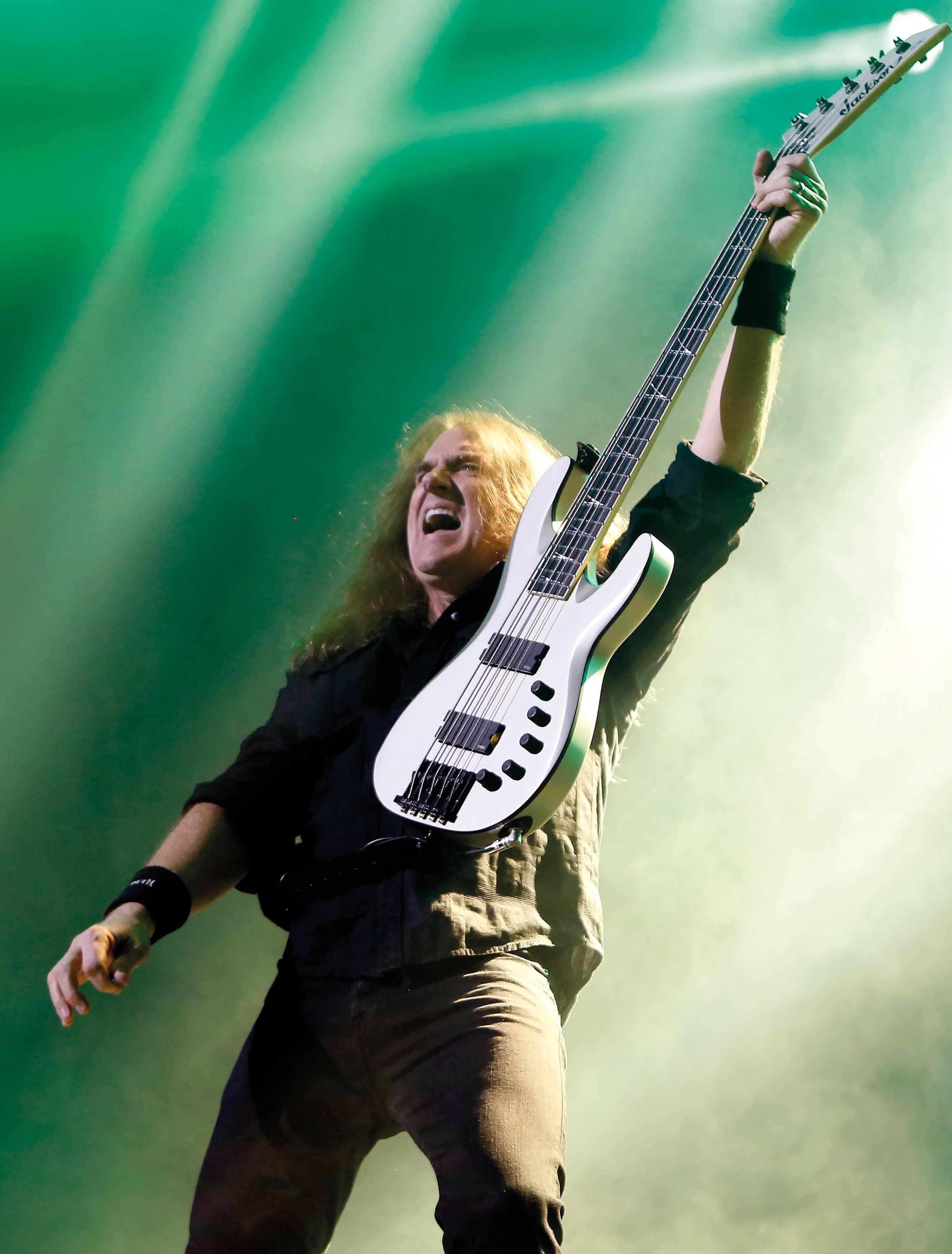 While his main band Megadeth is enjoying a break, bassist David Ellefson has plenty to keep him occupied. We catch up with the bassist who can’t be stopped...

Megadeth, a recording and touring metal band that has operated at the very top of its niche since 1984, was put on hold early in 2019 when frontman Dave Mustaine embarked on treatment for throat cancer. Fortunately for the band’s huge numbers of fans, he’s due to resume touring again this year, but during Megadeth’s hiatus, bassist David Ellefson—a musician who runs several other businesses outside the band under the EMP banner (Ellefson Music Productions)—has used the time off in many creative ways.

The most prominent of these has been a raft of international tour dates as a solo artist, some under his Basstory spoken-word format, others with his solo band and still others one-offs such as a recent show in the English city of Wolverhampton, alongside former Judas Priest guitarist, KK Downing.

“That was really something, man. The place was packed!” says Ellefson. “You know, it all comes together. I released a solo album called Sleeping Giants last year to accompany my new book, More Life With Deth. Originally we were going to record a single song for download, but as the project evolved we decided to do a full album. It’s the perfect title because some of the songs had been in the vault for years.”