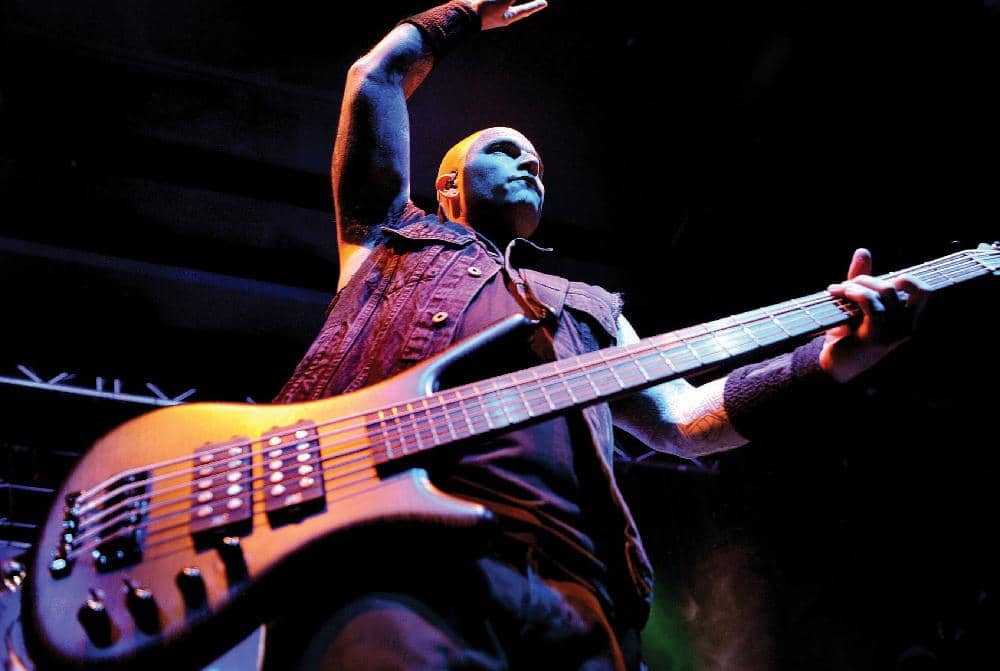 Modern metal is alive and well in the hands of Florida headbangers Trivium, reports their bassist Paolo Gregoletto. “Years of experimenting have made me realize what I want and what I need to get there,” he muses

“We’re taking things as they come. Everything is happening until it’s not,” states Trivium bassist Paolo Gregoletto, asked about this year’s touring plans. With a new album, What The Dead Men Say, out as you read this, Trivium— Gregoletto plus Matt Heafy (vocals, guitar), Corey Beaulieu (guitar), and Alex Bent (drums)—should have had a major year for touring. For them as for so many other bands, 2020 looks likely to be the year that never happened, but he’s counting his blessings, as we all should.

“I have no excuse now not to pick up my bass and start working on new scales,” he chuckles. “We’ve been through so much as a band since I joined back in 2004, and we’ll get through this. Bass-wise, I’ve played with so many different drummers since then, and I’ve adapted to everything. Alex is such a great drummer that it inspires me as a bass player. I feel that now I want to up the stakes and be as unique as possible. I wear different hats in the band, with writing and so on, so I want to make sure that playing the bass is a major focus.”