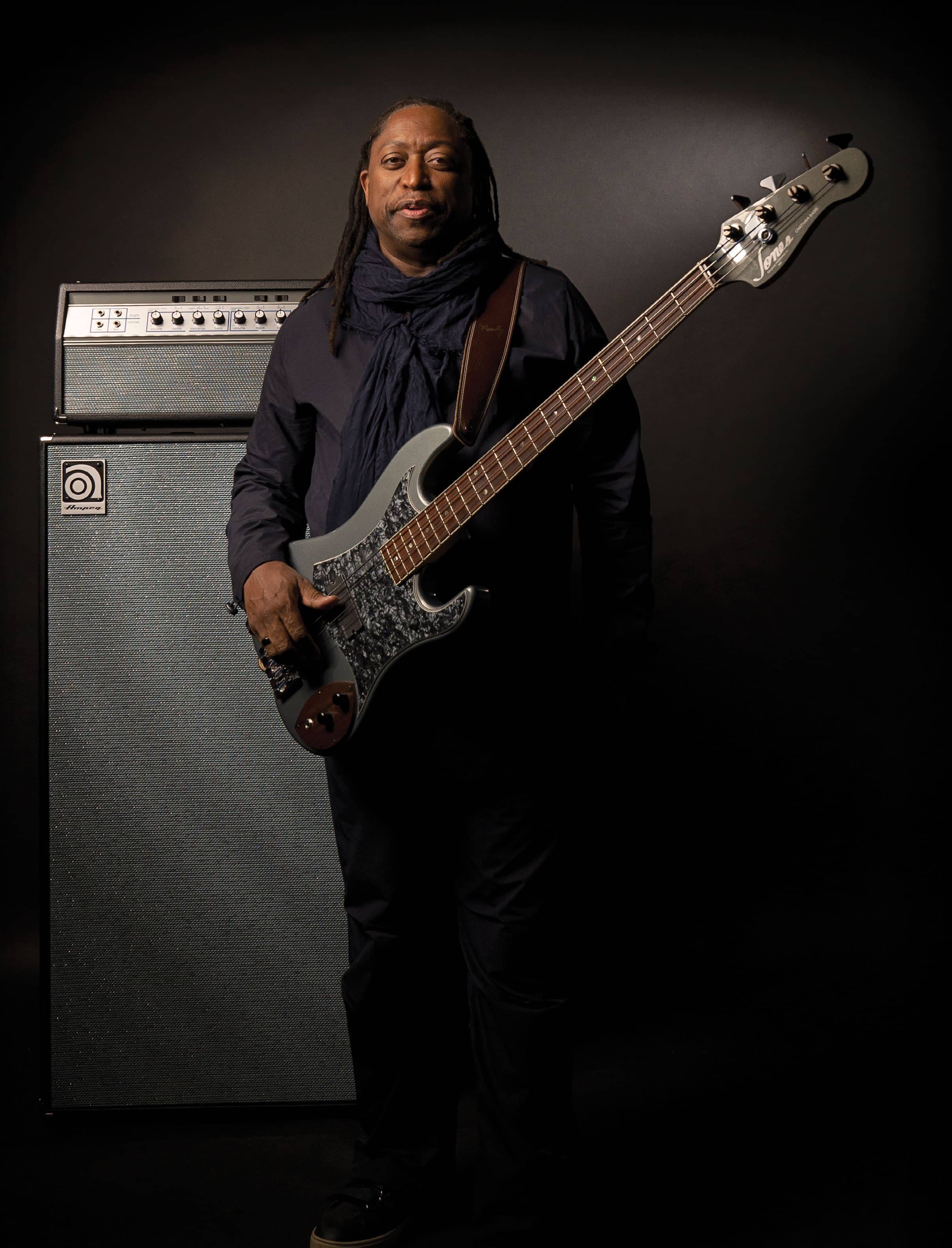 Is there a bigger band on the planet in terms of cultural impact, commercial stature, and sheer heritage than the Rolling Stones? Darryl Jones looks back at the path that led him to the very, very top

We cover as much ground as possible in this magazine when it comes to styles of music, and we feature up-and-coming bassists as much as megastars. It’s our job to lay accolades at the feet of bass players from the jazz, soul, pop, blues, and funk worlds just as much as players who specialize in plain old rock, and we’re not easily impressed by sales figures.

With all that in mind, though, even we have to admit to blown minds at the sheer stature of the Rolling Stones. You may, or may not, regard them as innovators in their field; you may feel that their best days are long behind them. These are arguable viewpoints, but two essential elements are not open to debate: 1) the Rolling Stones are still a massive commercial presence in 2020, selling out stadiums worldwide without new music to sell; 2) their bassist since 1993, Darryl Jones, is himself a force of nature, with a stage and session career that is second to none.

Jones is a deeply serious fellow when asked about the nuts and bolts of his trade, but one who dissolves into laughter when recalling the more ‘unorthodox’ of his former employers (we’re looking at you, M. Davis). He has enjoyed a gold-standard few decades among the low frequencies. Born in Chicago in 1961, he made his bones with the aforementioned Miles at the age of only 21. After two albums with the ‘mercurial’™ jazz icon, he joined Sting’s all-star band for The Dream Of The Blue Turtles album in 1985, subsequently playing with Herbie Hancock, Madonna, Eric Clapton, the Headhunters, Peter Gabriel, and many more stellar artists.

Jones’s full-time gig since 1993, however, has been with the Rolling Stones, taking Bill Wyman’s place when the longtime bassist stepped aside. As Wyman had been a Stone for 31 years at that point, arithmetic reveals that Jones is only five years away from equalling his predecessor’s tenure alongside Mick Jagger (vocals), Keith Richards, and Ronnie Wood (guitars), and Charlie Watts (drums), like you didn’t know the line-up already.

Little wonder, then, that sitting down for a chat with Jones is quite an experience. Note that this interview took place before the current pandemic was announced, so some (or all) of his plans may have changed—but even so, what a musician, and what a privilege.

What do you do when you’re not playing with the Rolling Stones, Darryl?

Well, I’m spending some time on a documentary about me, Like A Rolling Stone, that has been in production for the last couple of years. I’m working on the score for that right now. I’m always doing a little bit here, a little bit there. I just recorded with Bill Evans, Robben Ford, and Keith Carlock for a record that is going to be released.

Tell us about the documentary.

A filmmaker called Eric Hamburg, who was a co-producer on two Oliver Stone films, Nixon and Any Given Sunday, came to me a few years ago and told me that there should be a documentary about me. His original idea was a feature-length musicians’ film in a similar way that Any Given Sunday was about the inner life of football players. I don’t know exactly how he got onto me or my career, but he said that he’d like to do a documentary, and we’ve been working on it for the past three years, doing interviews with the Rolling Stones and other musicians that I’ve worked with. We’ve shot a couple of gigs of music that I wrote, some of which I’m singing on, and we’re finishing up Act Three and getting this thing out.

As well as all that, I’m always working on trying to stay healthy and get into good shape for the Stones tour that’s coming up in a couple of months. So yeah, life keeps me busy enough.

Is a Stones tour a physically demanding exercise?

Not physically, no. It’s pretty cushy as far as touring goes. They don’t do a lot of gigs, they don’t do gigs back to back, and the travel and the hotels are all very nicely organized, so it’s not a tough tour in that regard. There are certain things that are difficult, like being away from home and trying to eat right and stuff like that, but I’ve figured out my way to do that. I make a dash for a good health-food store when I get to a town and get a few supplies, and I’m learning more and more about health and what works for me. So, no, it’s not difficult.

What gear do you take out with the Stones?