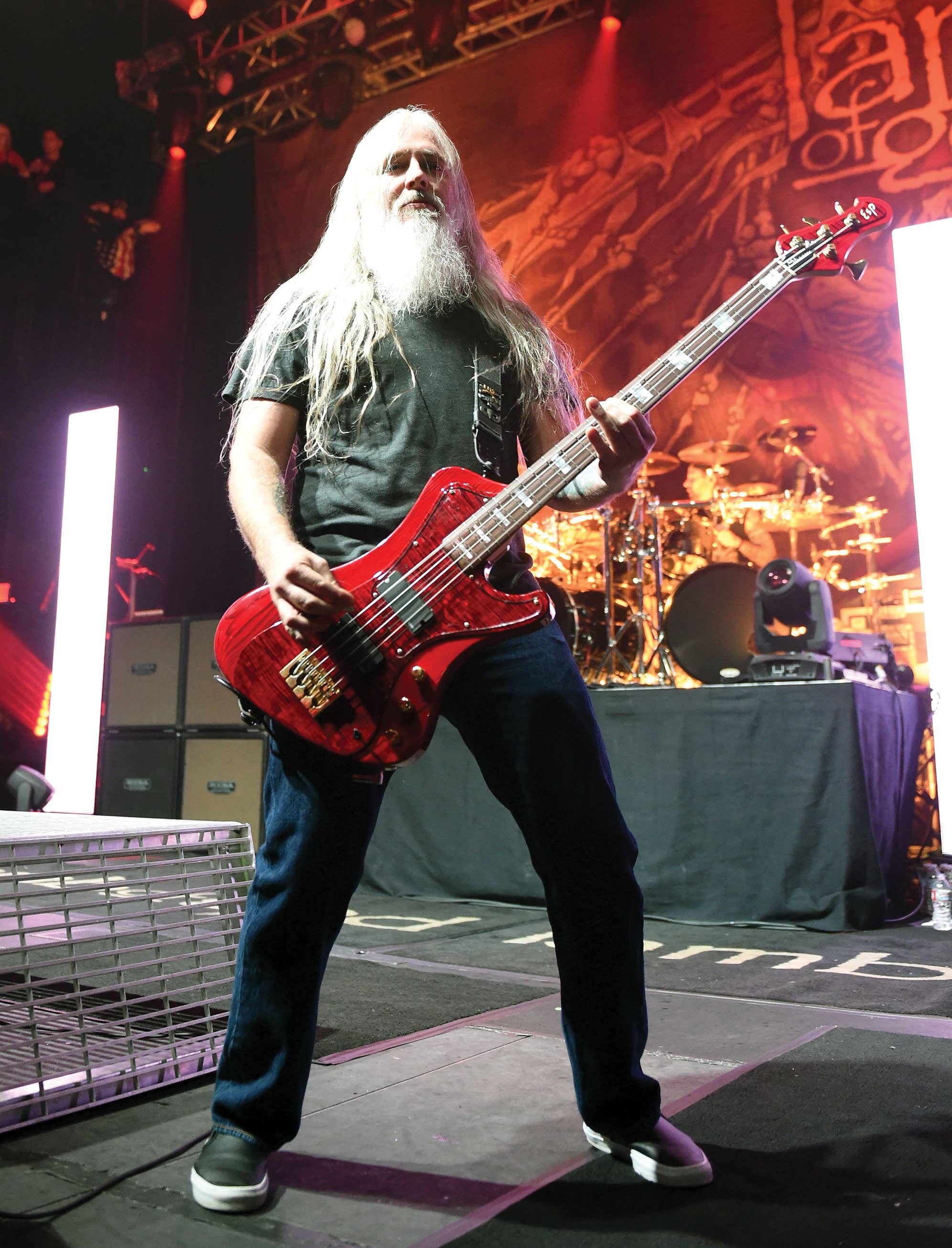 Welcome to our new advice page, where a bassist of note gives us the tips we need to get to the top. This month: John Campbell, Lamb Of God

John Campbell
“We’re losing work left and right,” sighs Lamb Of God bassist John Campbell. “We had a four-week European run cancelled, and a festival in May, and things in June too. Obviously people’s health is way more important than us playing some shows, but I’ll be very ready to get back out once that time comes. I imagine that people who are sitting at home quarantined are going to be ready to hear some live music too!”

The small matter of the pandemic aside, Campbell and his band are on fine form. Their new album, a self-titled effort indicating that it’s something of a career milestone, is a thoroughly enjoyable slab of riffage; we have no idea how Campbell, a pick player, keeps up with the intimidating picking speed of his guitarists Mark Morton and Willy Adler. There’s also a new drummer, Art Cruz, of whom the bassist explains: “With Art playing, there’s this insane energy coming from behind the kit. This kid is living his dream, because Lamb Of God has been his favorite band since he decided he wanted to play drums, even though playing drums in our band is like sprinting a marathon every night.”

So what advice has Campbell got for us on the subject of bass?

Warm up, and then warm up again

At this point I’m mostly a pick player, although I’ll play with my fingers when I’m just playing around at home or something. For what I do, I couldn’t play that accurately without a pick, so for me, preparing my hands for a live show means a lot of slow going through riffs and just building the neural networks.