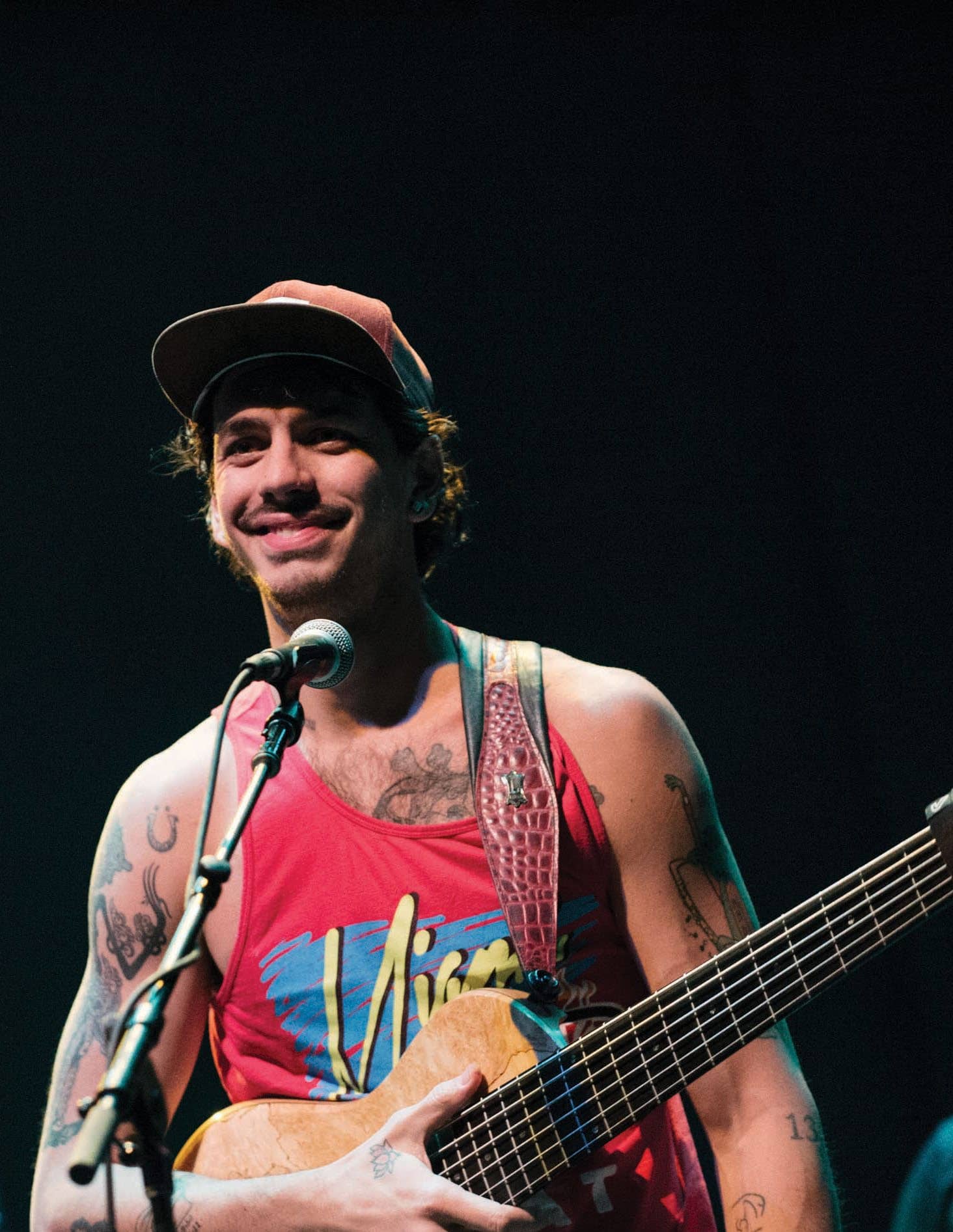 Felix Pastorius is an extraordinary bass player, as you might expect given the legacy of his late father Jaco—and he finds himself in an equally extraordinary position for the same reason. We ask Felix about his plans for the future, his perceptions of the past and his advice for those ‘expecting to see a Pastorius’ when they come to his shows...

Mike Brooks, Joel McIver
Warwick, NY-based Felix Pastorius was born, along with his twin brother Julius, in 1982, five years before the premature death of his father Jaco Pastorius, arguably the most influential electric bassist of all time alongside James Jamerson and Paul McCartney. A superb bassist himself with a long list of recording and performance credits behind him, including a stint in the Yellowjackets from 2012 to 2015, Felix plays in a handful of elite bands and delivers clinics and bass lessons. He’s also the author of several books, including Hot Dog Dinners For 4 String Electric Bass, Just A.S.I.P. Of Coffee & The Chromatic Scale and Scales From Rhythm And Outer Space... Aka Tetra Cocktails.

Our questions for Felix are arguably aimed at his late father just as much as they aimed at him. Although Jaco didn’t live to see his son follow in his musical footsteps, the inevitable associations of that unique surname connect their creative mindset to a profound degree. Consider the case of the late John Lennon and his sons Julian and Sean; it’s not too much of a stretch to consider the two father-son relationships as parallel.

To Felix’s immense credit, he responds to our questions with tolerance and good humor—exactly, we hope, as his dad might well have done. 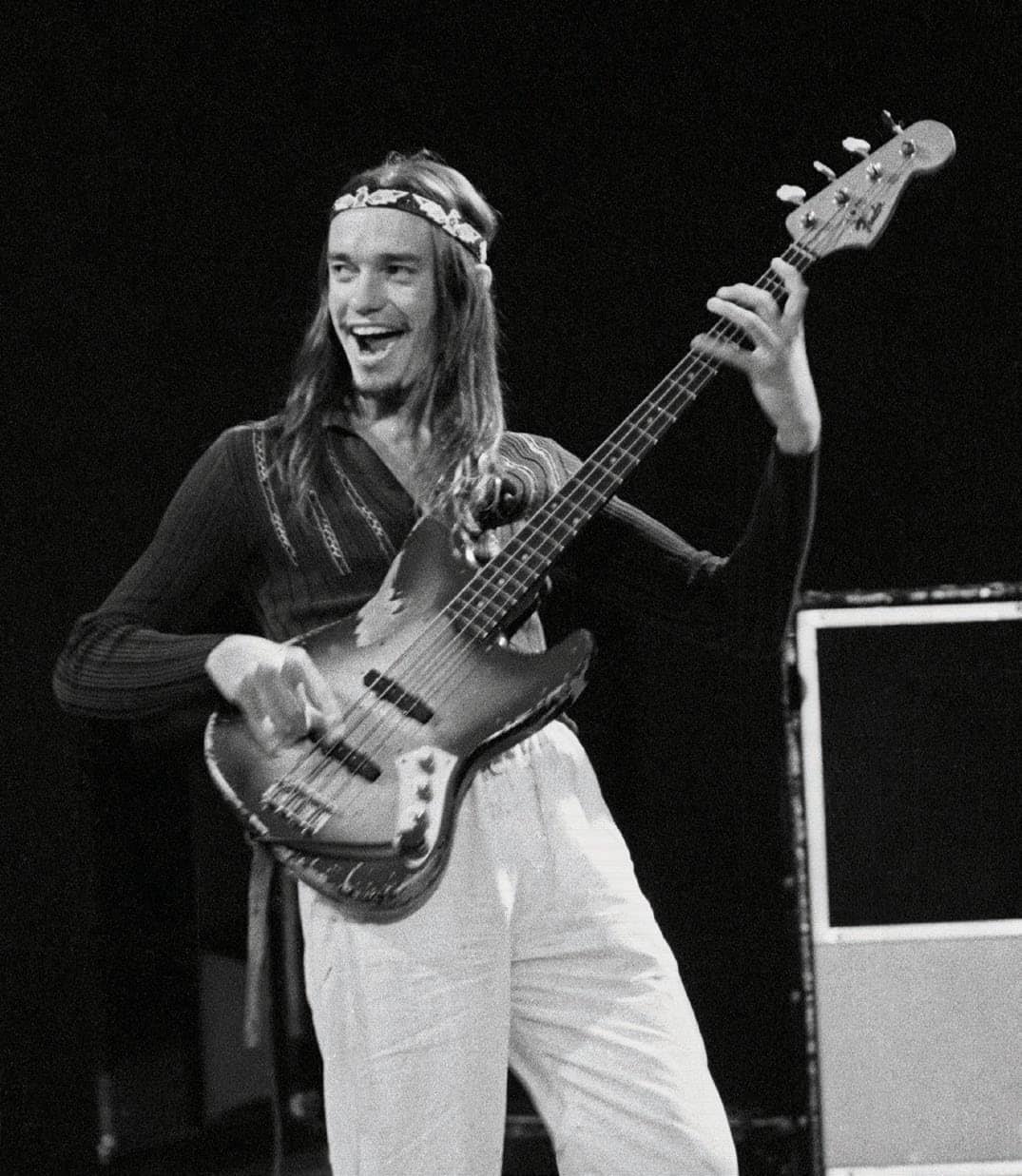 You play live with a number of interesting projects, Felix.

Yes, I’m very fortunate that way. I have a touring band called Hipster Assassins, and I’ve done a lot of tours over the last 11 years with the drummer Cindy Blackman-Santana, who is such a great person to play and work with. We’ve just recorded a live album with her band. I also play with Jazz Is Phish, which has a lot of musicians in it from bands such as Ghost Note and Snarky Puppy, and I’m a part of a group called Social Experiment. I really want to mention Venture, which is me, Mike Clark on drums, Mark Sherman on vibraphone and Chase Baird on saxophone: we’ve recorded an album and we’ll be touring when that becomes possible again. There’s also a collaboration with Keith Carlock, Nir Felder, and Jeff Coffin which I’m really enjoying.

I’ve been with Aguilar for amplification, pedals and pickups for over 13 years, and I also want to put one of their preamps into one of my basses. I don’t have a very large collection of basses; they’re more of a ‘story line’ of who I am and where I’ve been. I don’t collect basses, but I’m very interested in the idea of having a relationship with an instrument, whether it be a boutique, multi-thousand dollar instrument, or a little scrapper that you find. My main instrument is a Fodera, who have been close friends of mine and my family for a long time. It’s wonderful to have those guys in my back yard for any needs that I might have.

It is, yeah. When I practise, I use a Warwick Alien six-string, and I also use LK Straps, D’Addario strings and Dunlop gear. I’m also using a bass by Soame, an Argentinean company which makes me a five-string. It’s for gigs where a simpler visual aesthetic is required for the bass. I have it strung with a regular B string.

How old were you when you got your first Fodera?

My mom brought me to the shop for the first time when I was 14 or 15, along with my brother Julius. Vinny Fodera recalls it like it was yesterday. I just remember how sweet everybody was, and how excited they were to have us in the shop. I remember Vinny not letting us leave the shop until he ordered us a cab—he wouldn’t let us take the train. So I’ve known them for a long time, and I’ve played a few Foderas over the years, but my main bass for most of my clinics and gigs over the years has been a Fodera Emperor 2 six-string—33” scale, rosewood fingerboard, box elder burl top. I put in Aguilar DCB ceramic bar pickups—I love those.

What was your first bass?

I started with a Fender Jazz four-string, that I still have parts of today. My second go-to bass in my collection has the body of that Jazz, because it’s one of the first four bodies of my father’s signature basses. When Fender started mass-producing it in 1999, they gave one to each of my dad’s four children. I guess the most important bass at my house at the moment is my father’s fretless, though. 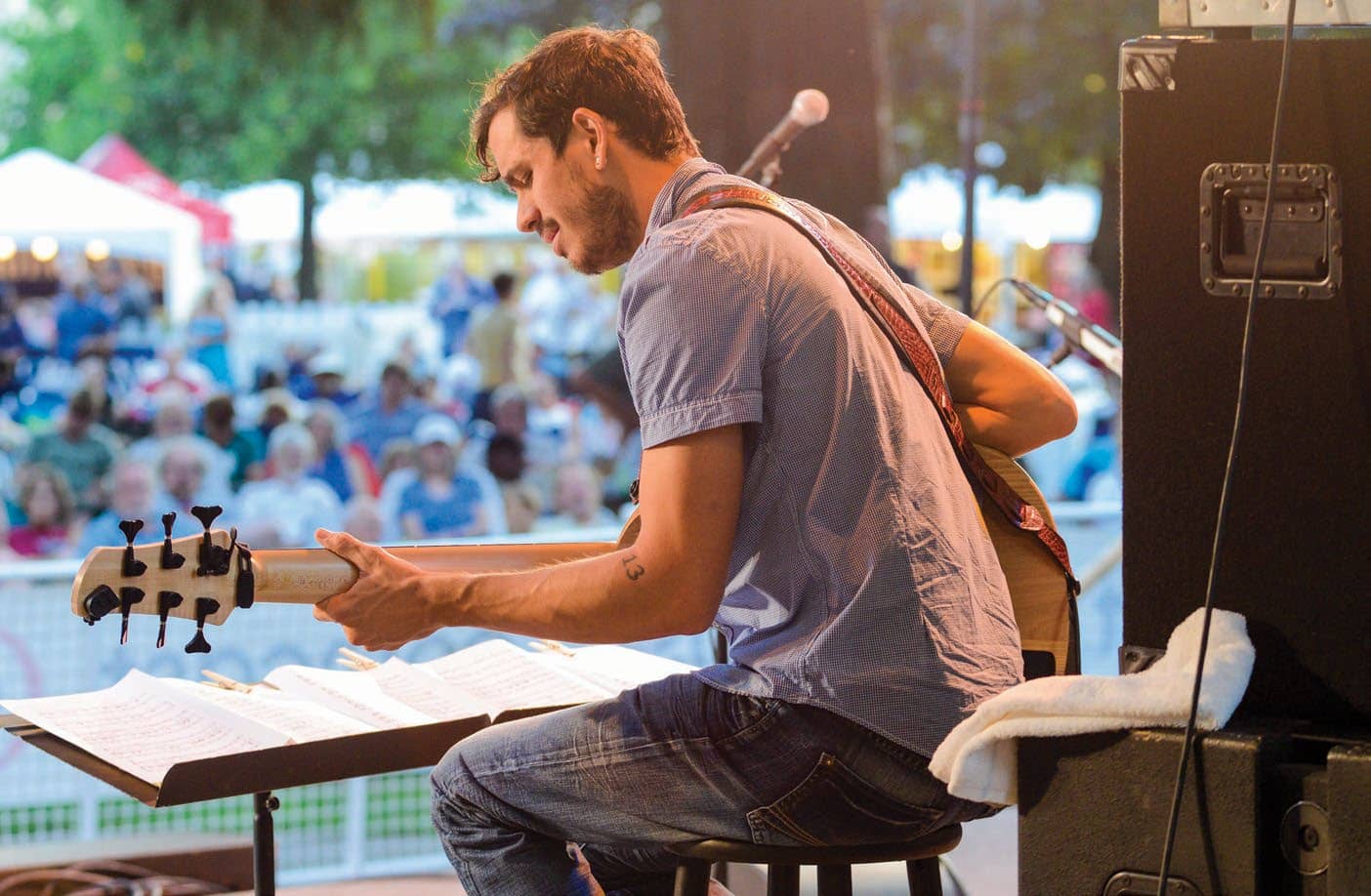 Did you study music?