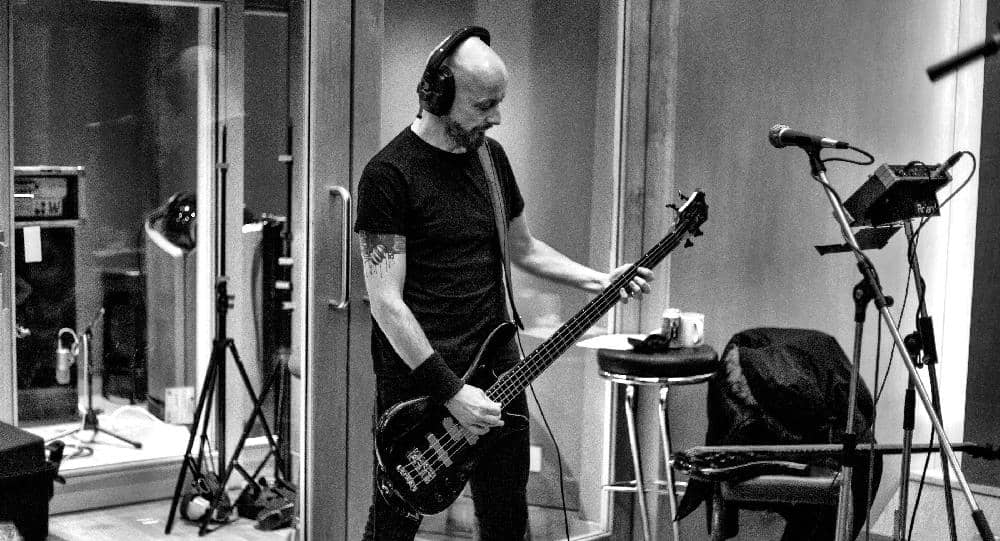 Welcome to Pass Notes, our new advice page where we ask a renowned bass player for tips about building a career. This month: Michael McKeegan, Therapy?

The Northern Irish trio Therapy?, now a going concern for 30 years, are unique in British rock music. They don’t sound like any other band, switching between metal, angry punk rock and other generally noisy approaches with equal facility. Bassist Michael McKeegan, a columnist for this magazine for the last eight years, occupies an enviable spot between Andy Cairns (vocals, guitar) and Neil Cooper (drums), delivering a mighty rumble that veers between supportive and creative.

“I play Warwick Streamer LX basses,” McKeegan tells us. “I have two identical four-strings, although there’s a Hipshot detuner on one of them. My amps are Warwick LWA1000 heads with everything set at noon, so they’re basically a power amp, but with so much headroom that it’s insane. If we go to a festival and they give me two 8x10 cabs, it can drive them both. You could power the entire village we live in with one of them! I’m using Eden cabs: I have a really nice 6x10, which is very punchy and aggressive.”

For tone-sculpting, McKeegan has a novel solution. “The pedalboard has a Sansamp VT pedal as the main clean DI, and then I’ve got a Geddy Lee YYZ Sansamp too,” he explains. “The front of house gets the clean DI, but they both go through the amp, so it’s a twoSansamp setup. I also have a Boss flanger and I’ve been experimenting with a Dr Freakenstein expression pedal.”

You’ll soon hear all this state-of-the-art gear in action on The Greatest Hits (The Abbey Road Session), recorded to celebrate Therapy?’s 30th anniversary. Meanwhile, what advice does McKeegan have for us about the noble art of the rock career?