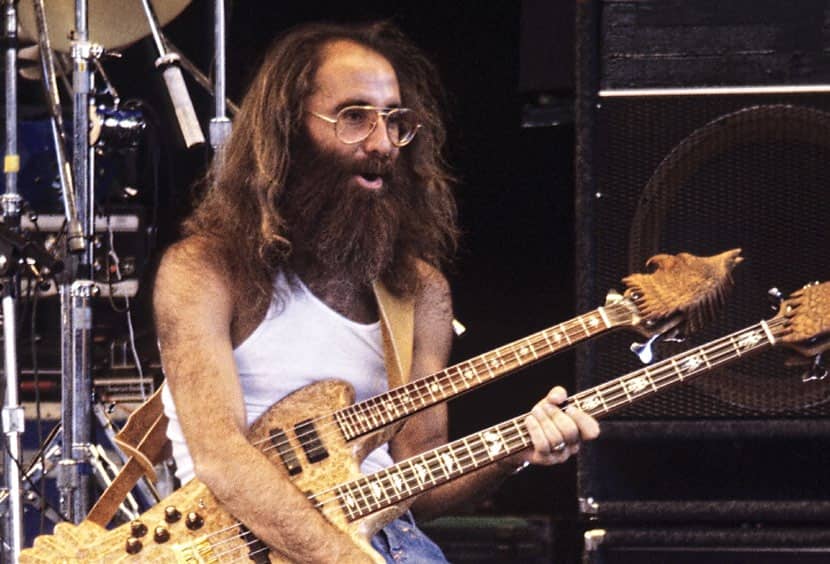 The great Lee Sklar, veteran of literally countless sessions, returns with a new project, the Immediate Family. “I’m your gardener!” he tells us...

There is no other bass player like Leland ‘Lee’ Sklar, whose performances you can hear on a frankly incomprehensible 2000-plus album, from James Taylor, Carole King, Billy Cobham, and Jackson Browne to Linda Ronstadt and way beyond that. Of course, Carol Kaye and Chuck Rainey may have performed as many sessions, and others have toured for as many road miles and accompanied similarly big names, but who else combines stage and studio to Sklar’s extent?

A forthcoming documentary will be devoted to the Immediate Family, a new band formed of Sklar, Danny Kortchmar (guitar), Waddy Wachtel (guitar), Russ Kunkel (drums) and Steve Postell (guitar). Newcomer Postell aside, the band is a modern reiteration of the Section, the label applied to the other four members since the 70s, when they first made their bones as a state-of-the-art studio ensemble.

This gives us an excuse to catch up with Sklar like we needed one. Read and learn!

Tell us about the forthcoming Immediate Family film, Lee.

It celebrates the fact that Danny Kortchmar, Russ Kunkel, Waddy Wachtel and I have been together for pretty much 50 years now. We were approached by Denny Tedesco, who directed The Wrecking Crew movie in 2008. I’ve known Denny forever because I worked with his father Tommy Tedesco and all of [the legendary 60s studio team] the Wrecking Crew when I first started. I was involved in the Q&As when they were showing the Wrecking Crew movie, as I was a guy who worked with them.

There’s music on the way, too.

We’ve just started mixing a new album. We cut 17 tracks at Jackson Browne’s studio, and that should be out later this year. Steve Postell is a new addition because he and Danny hooked up and started writing together, and he seemed like a logical fit for this group. It was all based on a Japanese record deal that Danny got; he called his album The Immediate Family because we really are like family to each other.

There are parallels between the Immediate Family, the Section, and the Wrecking Crew.