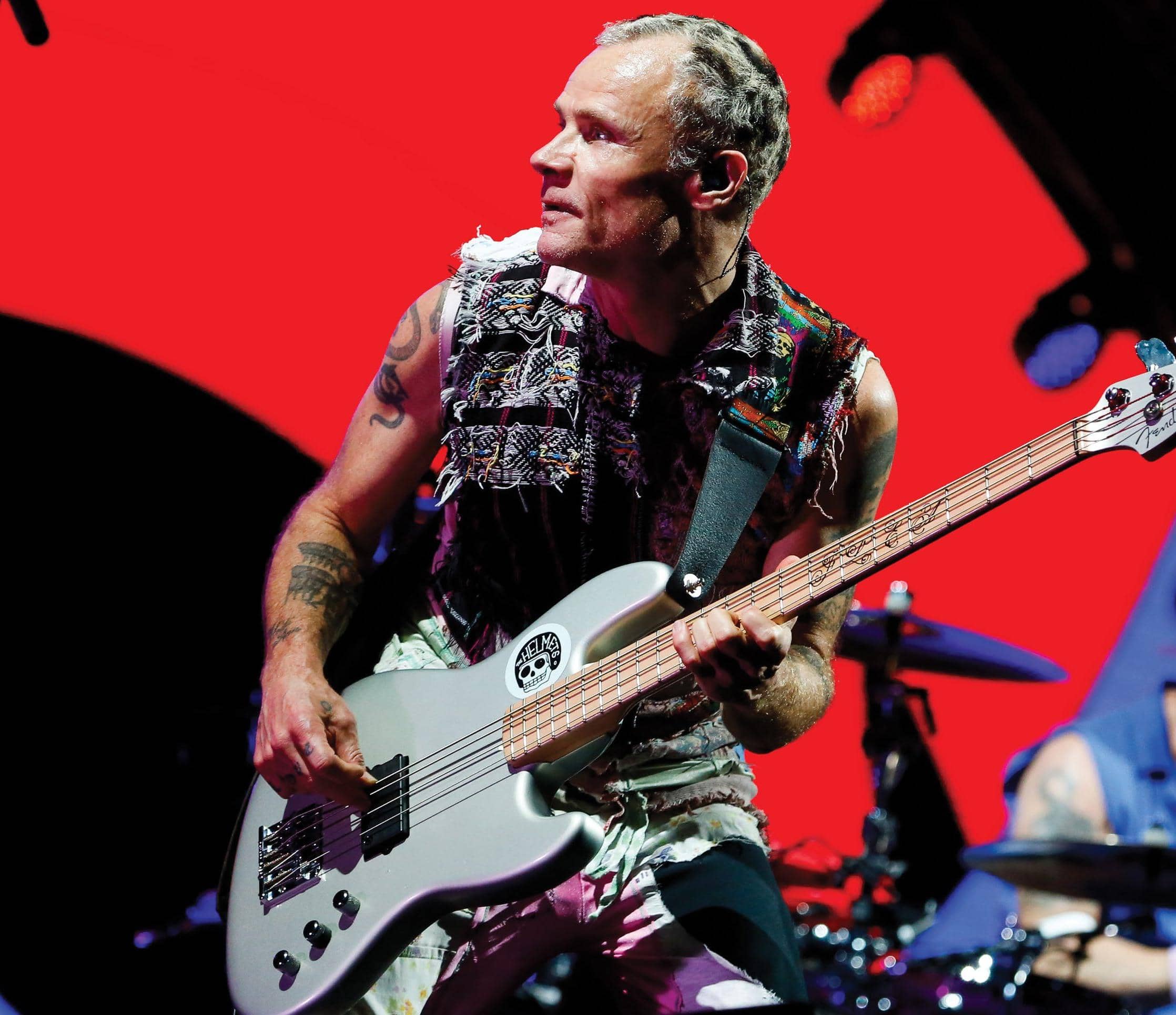 Red Hot Chili Peppers bassist Michael ‘Flea’ Balzary needs no introduction, thanks to his genuinely iconic status in our world—but you’ll read about another side of the great man in his new autobiography, Acid For The Children. Joel McIver goes deep with the spokesman for an entire generation of bass players

“That’s a whole lot of reading, man,” observes Michael Balzary, as nobody calls him, informed to his evident surprise that I read his new book in a couple of hours. The reason for this is that Acid For The Children, out as you read this interview, is an easy read. Dealing with the Australian-born, California-raised bassist’s life from birth until 1983 or thereabouts, his autobiography is split into short chunks, some only a couple of paragraphs in length, so it’s simple and fun to digest.

The much bigger point, though, is that in Acid For The Children Flea, as everybody calls him, speaks to and connects directly with the reader. This is no easy feat, but he pulls it off, drawing you into his early life—an intoxicating but unnerving blend of unreliable parents, and the beauty of nature—and beyond. From Oz to America, Flea veers through events big and small, recounting each with equal intensity, and surreal humor, warmed by jazz, inspired by basketball, and transformed by the loves of his life, punk rock, and the bass guitar.

“Thanks, man,” says Flea. “It kinda started off as a big wild rant. An editor advised me that ranting is a good style, but that a simpler rhythm can communicate things just as profoundly, and make them easier to read, to help you connect with people. That was good advice.”

The book ends just as the early lineups of the Red Hot Chili Peppers, with members drawn from various early bands, get their act together. Was it always his plan to split his life story into two, or did he just start writing and see what happened?

He pauses to consider, before replying: “I did just start writing and see where it landed up—but when I started I was going to write the whole story, all the way through until now, or at least until the year 2000. But actually, before that, I had thought that I would only write about the band: I wouldn’t write about myself at all. It would just be my story of the Red Hot Chili Peppers, but as I got going, I fell in love with the idea of just writing about my childhood, because that’s the thing that I could have a degree of objectivity about. I wanted to write a piece of literature that could stand on its own. I liked the idea of leaving out all the rock star stuff.”

Depending on your point of view, there’s plenty of ‘rock star stuff’ in Acid For The Children. There’s a bit of sex; there’s tons of drug-taking, from PCP (“like inhaling death”) to heroin, and beyond; and there’s masses of rock’n’roll, broadly speaking, with hundreds of references to all kinds of influential music. But he’s right, though—the focus isn’t on extravagance in the Mötley Crüe sense, it’s more about Flea’s vivid experience of the world and all its joys and horrors, viewed through the prism of his standpoint as a confused, isolated 1970s kid.

“It’s hard to look at yourself honestly,” he muses. “When you look at anything honestly, even your most fervent beliefs, everything has two sides to it. It’s a very vulnerable feeling to do that, but I thought that for me to write an honest account of my childhood, for it to have any impact at all, I really had to write about the things that shaped me. And as much as it has to do with joy, and the love of music, and art, and all these wild things that happened, it has to do with the pathetic and embarrassing parts of being a human being, and things about myself that I don’t like. So it was a hard thing to do—but I promised myself that I would be completely honest, and I would write about the things that really shaped me.”

Was the experience therapeutic, we ask?

“It was, yeah. I learned about myself in writing about it a lot, and it also engaged part of my creativity that I hadn’t really engaged before, just through the process of writing itself. I’d been writing music since I was a teenager, but writing words is different. I would sit down with a pen and paper in the morning and start writing, maybe write for an hour or two, and when I would bring my head up from writing, I would always feel like ‘Wow, that was time really well spent’, I had a feeling like I’d done something worthwhile. Whether I’d been writing a memoir, or writing a poem about an ant that I saw crawling on the sidewalk, the process of writing woke me up to a part of myself that I really like. I fell in love with writing.”