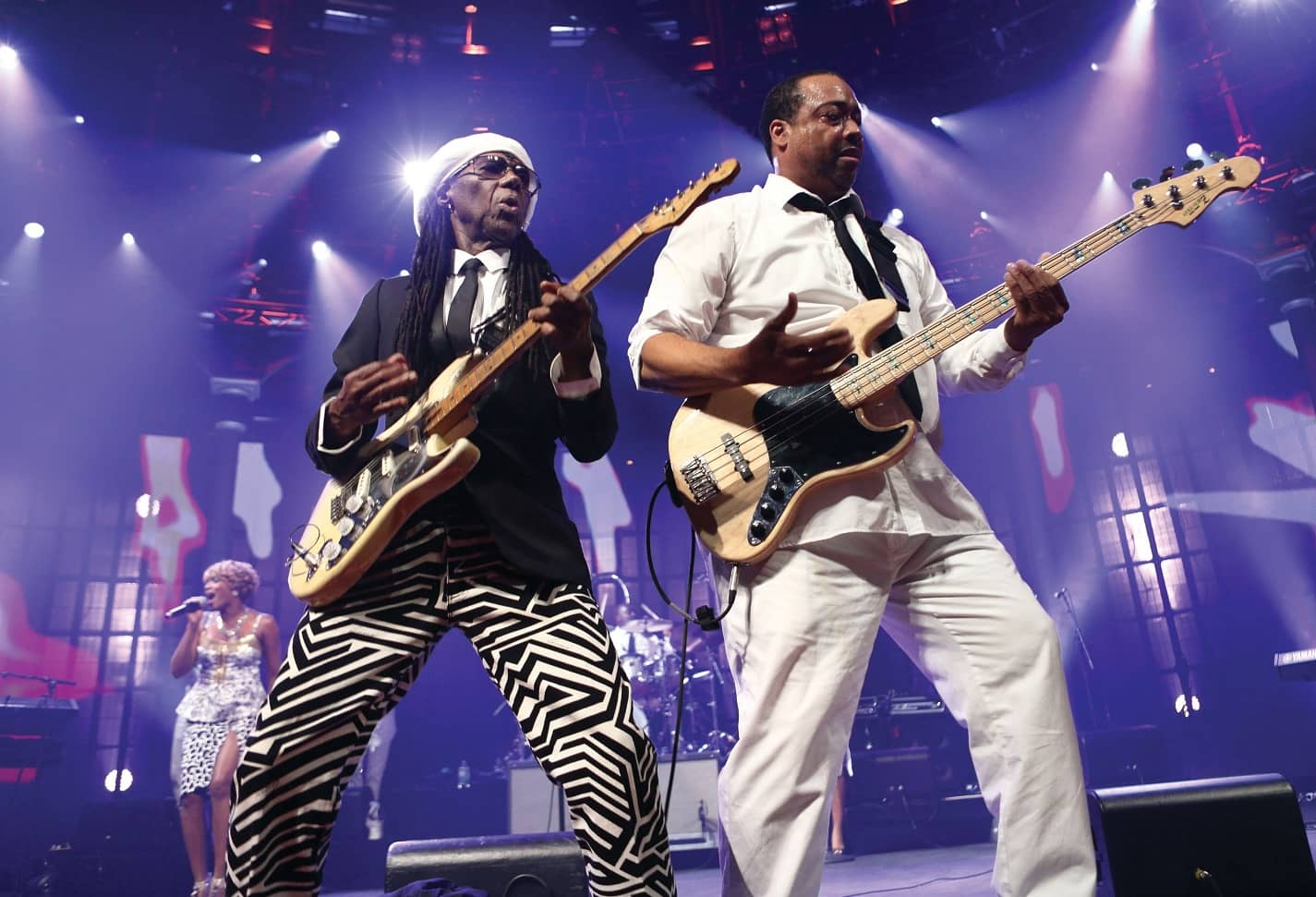 Who would dare fill the shoes of the great, departed Bernard Edwards? Only a bassist with years of experience and a bass philosophy all of his own... Say hello to the mighty Jerry Barnes

Tap into YouTube and a song called ‘Sugar-Free’ by Juicy, the duo of bassist Jerry Barnes and his late sister Katreese, an award-winning performer and composer known for her work on Saturday Night Live and elsewhere. This song, a hit in 1985, was the first real emergence into the limelight for the siblings; Jerry went on to perform as a session and stage musician with a huge list of stars—Roberta Flack, Carly Simon, Chaka Khan, Bette Midler, and Harry Belafonte among them.

Nowadays, Barnes holds down the bass in the modern incarnation of Chic, the band most responsible in the 70s for making disco music a global phenomenon. Based on the twin talents of guitarist Nile Rodgers and bassist Bernard Edwards, Chic foundered in 1996 after the untimely death of Edwards at the age of only 43.

Any bassist coming into this band after Edwards would find it a challenge. Those world-famous bass parts, groovy and catchy beyond all reasonable explanation, manage to be both simple and fiendishly complex at the same time—as anyone who has tried to play ‘Good Times’, ‘Everybody Dance’ or ‘Le Freak’ will confirm.

Barnes pulls it off, though, night after night. Let’s find out how...

How did you first connect with Nile Rodgers, Jerry?

I went to see Bernard and Nile play in New York City right before they went on the Japan tour in 1996, where Bernard passed away. I had never seen Chic live, and I was sitting there staring at Bernard while he played, although I couldn’t figure out what his hands were doing. Towards the end of the following year, a friend of mine told me that Nile was looking for a bass player and that I’d be perfect for the job. Katreese and I auditioned for two minutes before Nile said ‘Okay, are you guys available?’ It was really funny, because we immediately started playing like we were the band. In hindsight it was one of the more serendipitous moments of my life: I didn’t think of it as an audition, I just thought of it as ‘I know I can do this gig’.

Did you try to emulate Bernard’s technique?