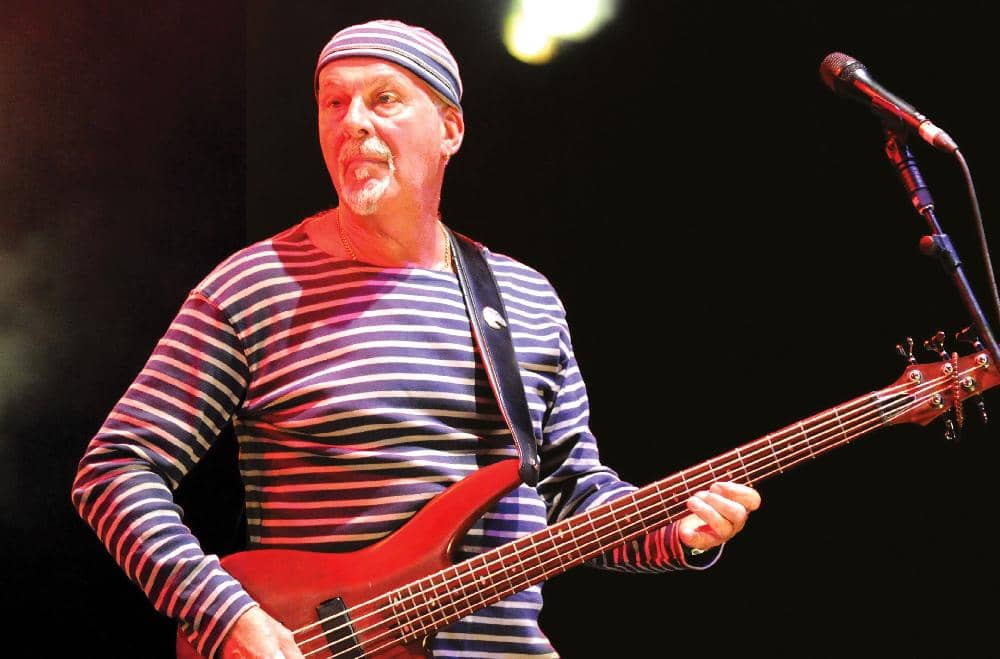 Dave Pegg of Fairport Convention has been a leading light of the British folk-rock movement for half a century. Sessions with troubadours such as Nick Drake, Sandy Denny, and John Martyn cemented his reputation over the years, with a 15-year stint in Jethro Tull a particular influence on a generation of American bassists. One of these is our guest writer Steve Di Giorgio, currently playing bass with thrash metal heavyweights Testament, who interviewed Pegg for us in an unlikely, but productive, collision of two very different worlds...

There were many fretless bass players of various styles when I was young; the guys who were an influence on my journey to find my own sound were an assortment of individuals. I found something different in each of them, that shaped the way I went about my own voice. These ranged in approach, from the highly proficient playing of Gary Willis; the smooth and silky approach of Tony Franklin; abstract and innovative lines from Mick Karn; and the king tone and technique of Jaco Pastorius, to name a few.

One of my favorite bands back then, along with Rush, Yes, Black Sabbath, Rainbow, Queen, and Iron Maiden, was Jethro Tull. Every musician in the band was extremely proficient and an interesting player—no matter the album or time period. However, the bass player I initially focused on the most was John Glasscock, who played on some of Tull’s best albums. During the sessions for 1979’s Stormwatch, he got real sick and died at the age of 28. His bass is on a few songs, and the singer and bandleader Ian Anderson finished the bass tracks.

Tull’s next album, A, came out in 1980 and showed a new synth-based style, as the band walked into the new decade of sound. The bass now came from Dave Pegg, formerly and now of Fairport Convention, and I was immediately hooked on his sound. It was a familiar fretless tone, but not a familiar technique. The way the bass spoke its own voice clearly, yet supported the songs in traditional fashion, influenced me to emulate Pegg, as a new, young bass player trying to find an identity.

When in need of some inspiration these days—40 years later—I still put on that album and marvel at that pleasantly obnoxious growl. For these reasons, it was a huge honor to ask Pegg about his approach to bass, then and now, for Bass Player magazine. 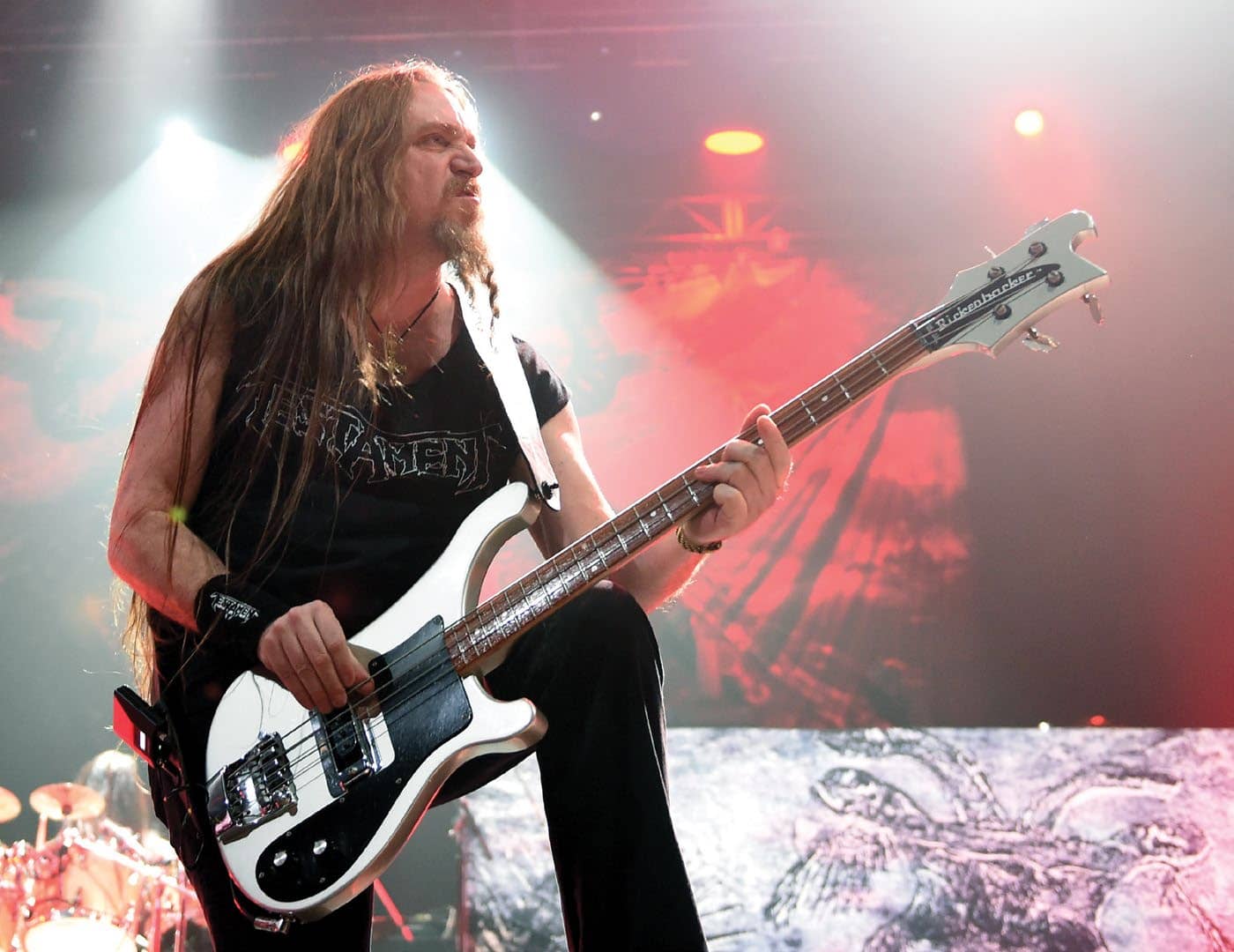 I met you once in California, while you were touring with Jethro Tull. It was in the early Nineties. You guys had a stage set up like a small living-room, and you would invite members of the audience to come and sit up on the couches and serve them drinks. The tour manager picked my little brother to come up, and we went backstage afterwards. You were the only one that was out and about, and we chatted about the bass on A—because I was obsessed with it—and you were all, ‘Shucks, that old thing!’ which was cool. And then you got Ian Anderson to come out, and he said ‘Hi’ and shook hands and went back inside because he was harboring a cold. That was a real treat and you were a very nice guy.

Ah, that’s great. I love meeting other bass players. We’re like drummers—we always hang out together, don’t we?

Fairport Convention has a new album, Shuffle And Go. After 51 years since you joined this band, album sessions must go pretty smoothly?

Yes, it’s pretty easy in Fairport. We’ve always been a band that sits around in the studio and works out our arrangements as we go along. Then everybody redoes their parts, for separation, and then we just leave our drummer Gerry Conway to put his stuff down and I put my bass down on top. We build it up individually, but we’ve generally got a good idea of what the end result is going to sound like. We have a lovely studio out in the British countryside, and we’ve recorded most of our albums there over the last 20 years. We’re really lucky, because stuff comes together pretty quickly.

Who produces your albums?