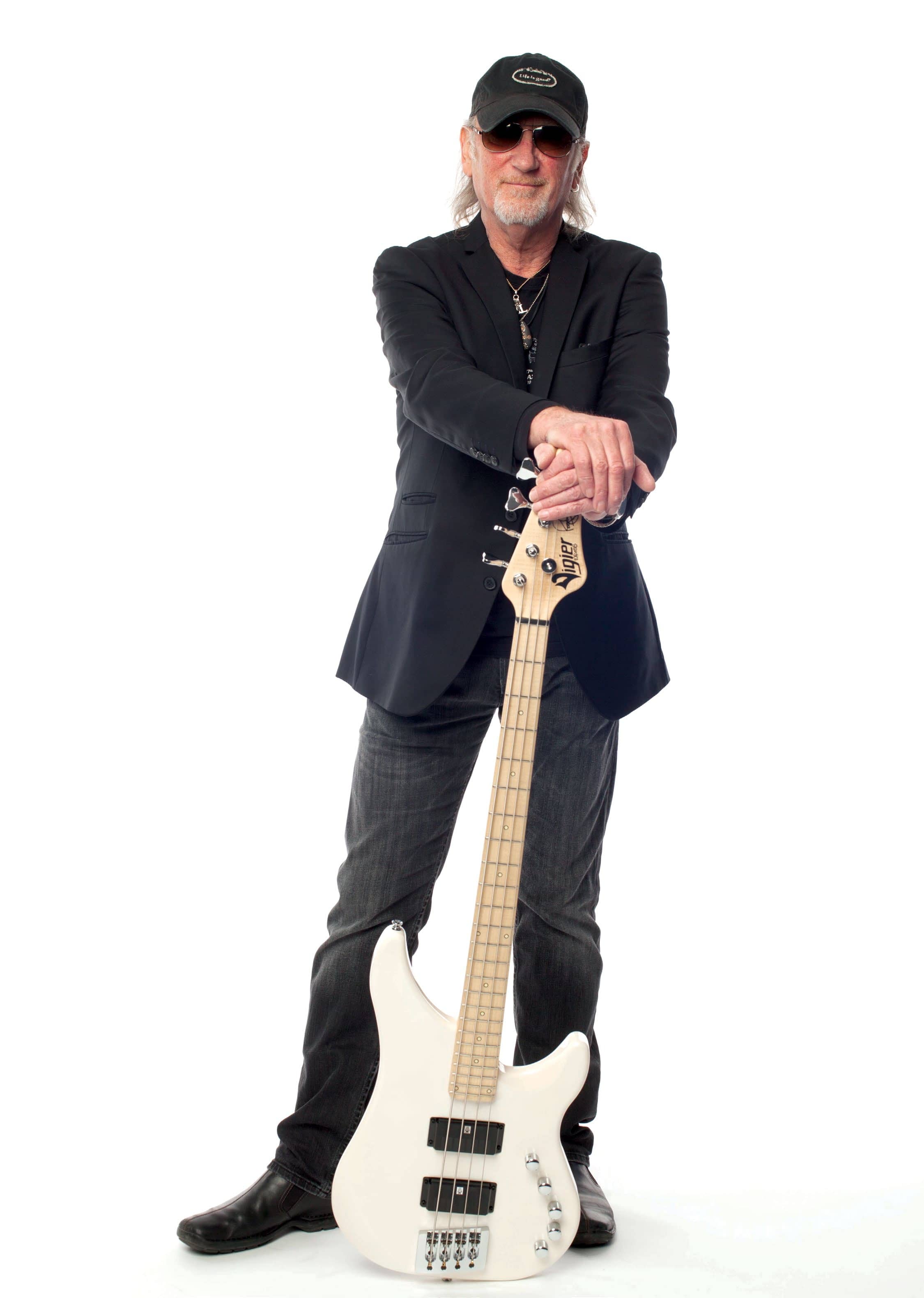 Deep Purple are the last hard-rock band of their generation still on the road, pandemics permitting—and they’ve still got some miles to cover, says Roger Glover. Listen up as he reveals how Purple came up with their excellent new album, the bass gear that makes the big noises—and the secret of staying motivated after five decades and counting.

Consider some numbers. It’s 52 years since Deep Purple formed, 51 since Roger Glover joined their so-called Mark II line-up, a cumulative 40 that he’s been in the band, 18 since the current lineup, Mark VIII, formed, and four years since they were inducted into the Rock And Roll Hall Of Fame. They’re about to release their 20th studio album—named Whoosh! for reasons which we’ll get into in a minute—and in doing so will add to the 100 million albums they’ve sold. Yes... 100 million.

Before the live concert industry was temporarily erased by coronovirus, Purple were planning to continue their Long Goodbye Tour, a jaunt which they’ve been on since 2017, more or less.

Added up, these are massive figures, culturally and numerically. There’s no wonder that Glover is on chirpy form when I call him at home in Switzerland about Purple’s new album. Is he all right, I ask?

“Apparently, yes I am! I’ve checked the whole body and everything’s working. Still kicking...” he replies. “I feel very lucky, I have to say. I live in the countryside, with lots of fresh air, but I really feel for people living in apartments and high-rises, with lots of kids in two rooms. I can’t imagine the tension. Fortunately, the rate of coronavirus infection is incredibly low throughout Switzerland.”

Have Deep Purple managed to escape the dreaded virus, then? “Yes. I’ve known a couple of people who’ve had it and recovered, but not in the band,” he says. “We’re all very careful, and isolating, but we’re out of work for a year, basically. More to the point, so is the crew, who we’re trying to help. It’s a problem for everyone, so we’re not alone. We’re better placed than some and not as well placed as others. That’s the way it is. You have to accept the cards you’ve been given.” 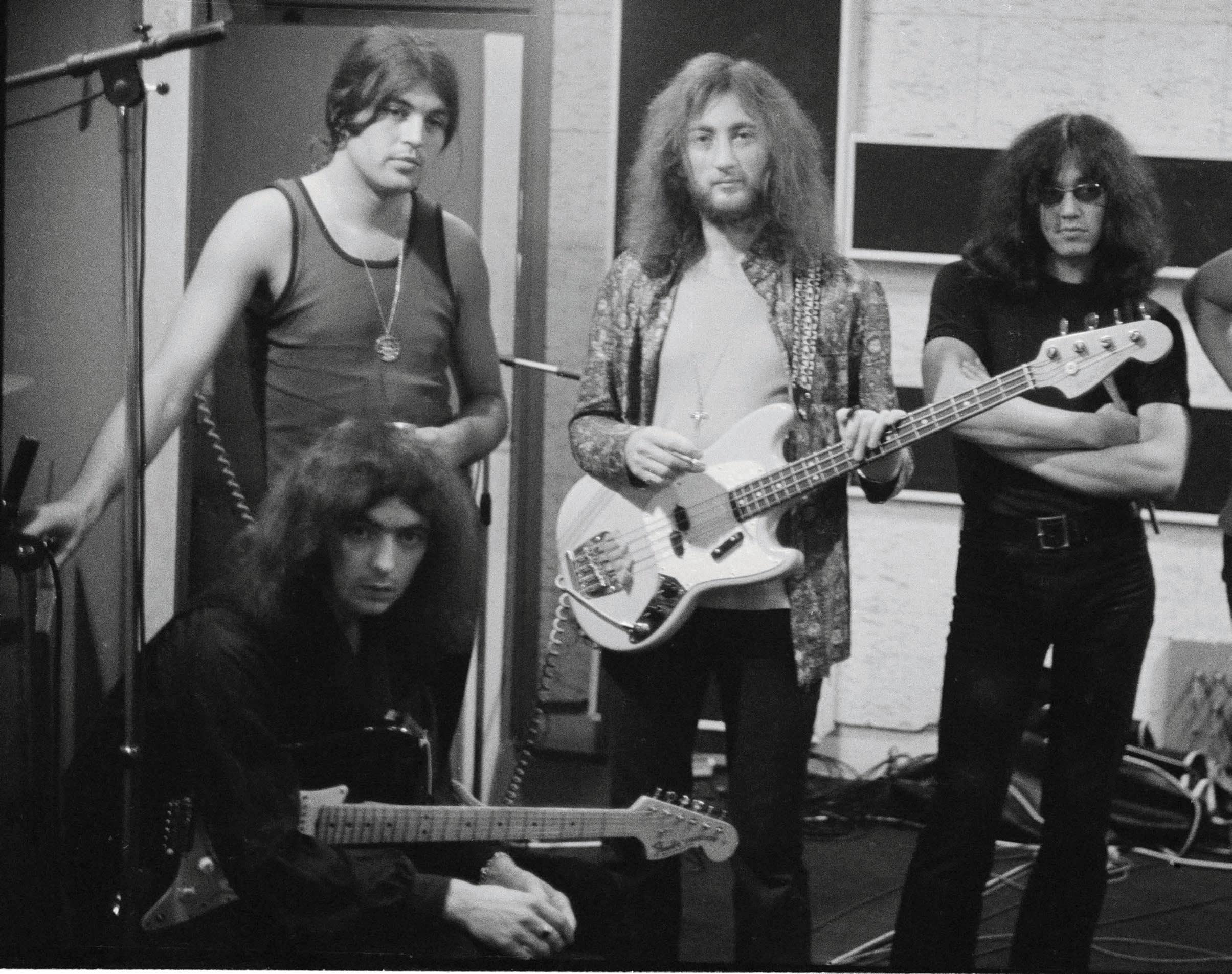 Presumably there won’t be any Long Goodbye tour dates in 2020, then? “No, this year’s gone. All the touring we were going to do this summer is going to be shifted to the summer of 2021. I don’t know dates yet, but I don’t think there’s anything until then, unless we get together and have a bit of fun.” Deep Purple—Glover plus singer Ian Gillan, guitarist Steve Morse, organist Don Airey, and drummer (and sole remaining Mark I member) Ian Paice—are a widely distributed band, making online sessions an obvious option in lockdown. However, an all-Purps Zoom jam isn’t on the cards, says Glover. “We’re five individuals stretched out around the world, and it’s difficult to co-ordinate,” he explains. “I wanted to do an online jam session, or something like that, but that was voted down because of latency or some other issue. Paicey’s doing a thing on Youtube called Drumtribe, though, which is interesting—it’s an insight into how we work.”

Have a look—it’s an insight into Purple at work in the studio, not a common sight by any means. “I remember in the old days the management or record company weren’t allowed in the studio when we were making music,” says Glover. “There was a dividing line between business and music. We did the music, they did the business. That’s pretty much the way it’s been. We’re not secretive in the studio, exactly, but we don’t invite people in for a party, either. Paicey had cameras all over the place, for what reason we didn’t know at the time, so what you see of us in the recording, doing the actual takes, is new.”

Whoosh! is a great album, we tell him. “Well, thank you very much, thank you. One never knows, you know—there’s no round of applause at the end of an album,” he chuckles. Informed that the music sounds both fresh and optimistic, he explains: “Yes it does, although there’s a hint of something. People have pointed out that there’s an atmosphere over the album that almost predicts this situation. Some of the songs are about mankind, and how time is passing; how we’re only on this earth, if we’re lucky, for 80 or 90 years, and then it’s gone. A lifetime is just a speck in time, in cosmic terms.

“I suppose time became one of those themes, because this may be our last album,” he ponders. “Every album we do could be our last album, at this stage, but there was a feeling about this one... Essentially what we do is we have a couple of songwriting sessions before we go into the studio. The first session is just jamming ideas, and we end up with 15 or 20 bits and pieces. We listen to them and take the ones that stand out, and hammer them into shape in the second session. Our producer Bob Ezrin helps there, and listens to what we’ve done.”

And does Ezrin always spot the potential hits? “Well, for one of the songs on the album, I have the note that he wrote, which says ‘I don’t know where this is going... Forget this one’, ha ha! But we wouldn’t forget it. He said ‘Do you really think this works?’ and we said ‘Yes, it’s a great piece of keyboard riffing and we like it’, so we did it and it turned into one of my favorite tracks. “