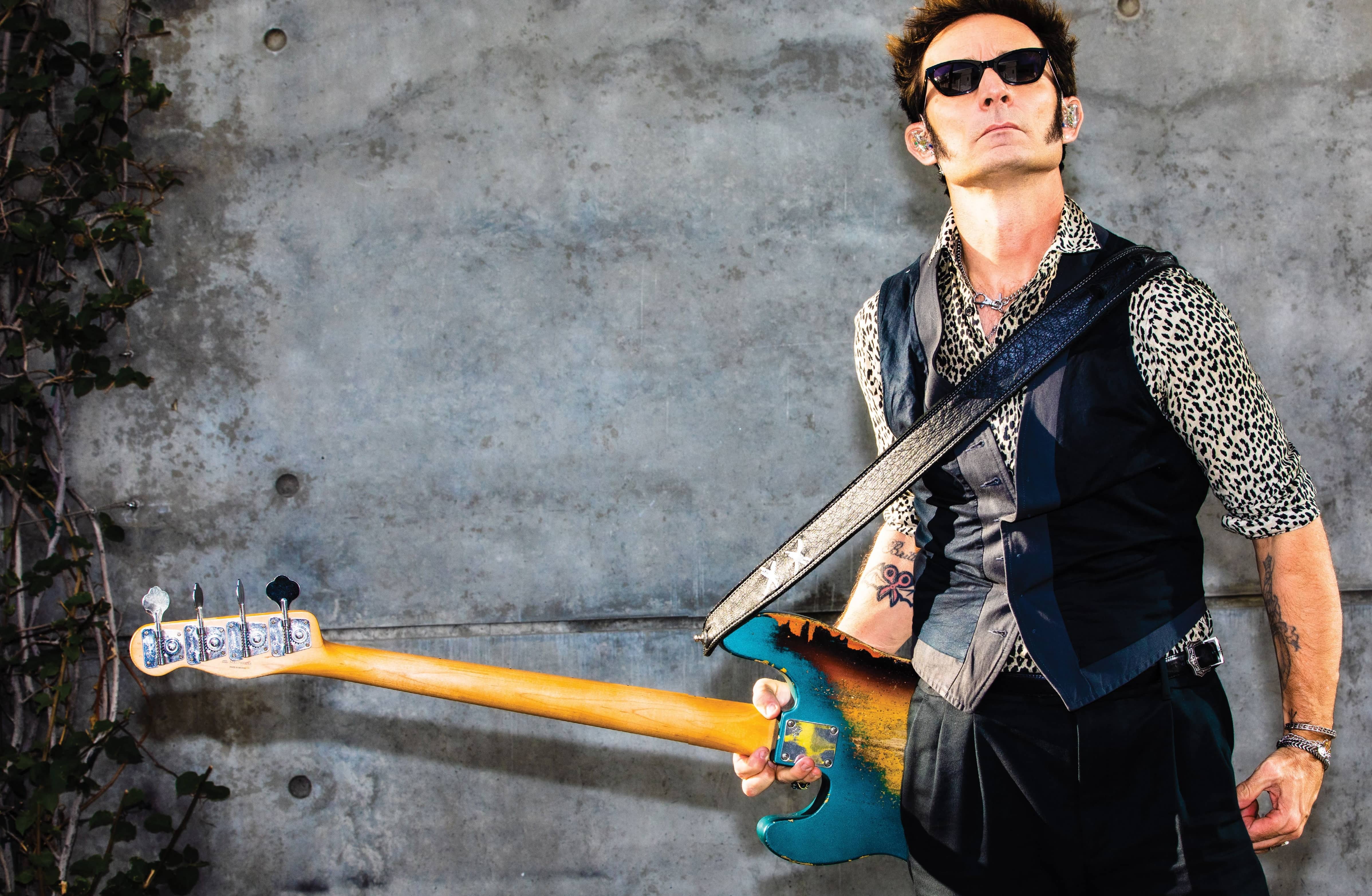 What’s more punk than playing the biggest arenas in the world, giving your new album a frankly unprintable title and playing a bass with an ancient shape? Nothing, that’s what. We know because we asked Green Day bassist Mike Dirnt...

Mike Dirnt is an often-cited bass influence in these pages and beyond, responsible for drawing many a young player into the joys of bassdom. Furthermore, he blew away the definition of a ‘punk bassist’ years ago. The man has far more artillery in his cannon than that, as we discovered when we caught up with Dirnt for a much-needed update and some enlightening conversation.

With their new album Father Of All Motherf***ers recently unleashed on the world, Green Day are in a good place. The new record covers a lot of ground, as Dirnt confirms: “There’s definitely some 1950s rock’n’roll in there, and we’ve got some 70s glam in there, too; a little bit of Phil Spector and I’m playing with some newer tones that are pushing forward. What was nice was that I was able to play a lot lower, a lot of deeper notes, and drop more actual sub-low bass than I ever have before.”

Sounds intriguing... “Well, I’ve always gone back and forth between the punk side of where we come from and old-school rock’n’roll. Much of this album was split between one of my signature series basses and an old flatwound-equipped Fender Mustang, which gave me a kind of old-style Hofner tone. To record that, I was running through one of my Fender Super Bassman amps.”

Having been together for well over 30 years now, Green Day have a familiar way of working that seems just fine for singer and guitarist Billie Joe Armstrong, drummer Tre Cool and Dirnt. Even when they’re not recording or touring, the guys are still working together. “Up until the!Uno! !Dos! !Tre! albums that we did in 2012, we would practise together four to six days a week between tours and records. It shocked me when you’d speak to other bands. I’d be genuinely surprised, like ‘You mean you don’t practise every day?’”

He continues: “After the Rock And Roll Hall Of Fame induction in 2015, I realized that we’ve been practicing four to six days a week for our whole f***ing career! But we don’t have to do that now. We know how to write together, and how to work on songs from different angles. Billie will send playlists of what he’s listening to, because it comes from Billie’s core as to what he’s feeling. He’ll work on songs and send us the early demos so we’re all in the loop. When we’re ready to lay down the proper demos, we get together, and then he can manipulate it from that point. Part of it is not overthinking it, because demos can sound really good these days. I’ve actually used stuff from my phone before. I’ve got a great collection of ideas, melodies, bass-line ideas, guitar riffs all on my phone—but you have to keep your ears open for new stuff too.”