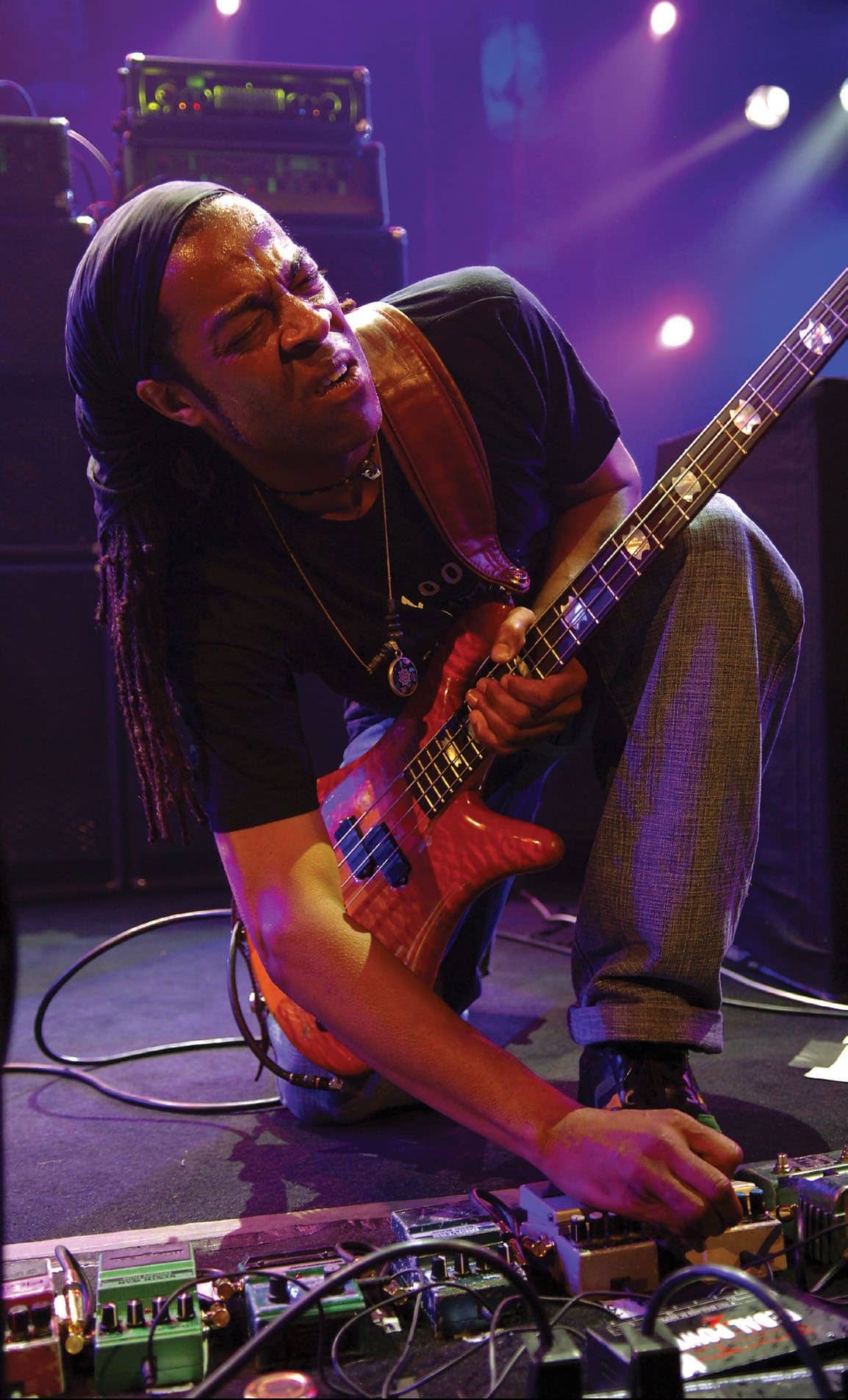 Hey, what’s that weird noise? Steve Lawson revisits the highs and lows of 30 years’ worth of bass effects

Even for those of us that lived through it, it can be difficult to remember what being a musician was like when Bass Player magazine first appeared on the scene. 1990 feels not so much like a different era as a different planet—and, up until that point, interstellar sonic exploration among bassists was a relatively rare event.

Certain pedals were already firmly within the bassist’s consciousness by that point, of course. Pino Palladino and Guy Pratt had made the sound of the octave recognizable the world over, and Bootsy Collins’ fuzzed-out, envelope-filtered, and the delay-drenched sound was an integral part of the history and development of funk, but the 90s saw a rapid expansion in the world of bass-specific pedals and effects.

Whether the birth of BP had an influence on this or not is a matter of conjecture, but I’m inclined to think the bass pedal explosion at the start of the decade was definitely aided—if not entirely motivated—by this glorious new space for celebrating the bass as something other than a guitar for the unambitious.