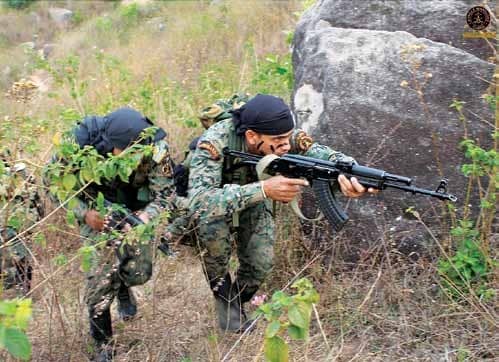 The Federal Bureau of Investigation (FBI), in their first ever open acknowledgement in 2011 in US Court, said that the Inter-Services Intelligence (ISI) sponsors terrorism in Kashmir and it oversees terrorist separatist groups in Kashmir
Lt General Naresh Chand (Retd)

THE TERMS “TERRORIST” AND “terrorism” originated during the French Revolution in the late 18th century but became popular due to the conflicts in Northern Ireland, the Basque Country and Palestine. Counter terrorism can be defined to prevent and eradicate terrorism. In the current international scenario every country is vulnerable to terrorism. Closer home in South Asia, several countries have been facing terrorism, especially India who has got affected by this plague from Pakistan on a daily basis. In fact Pakistan has made it a state policy to achieve their objectives. Terrorism is an evolving phenomenon, with new terrorist organisations continuously sprouting and changing their modus operandi. It is an illegal way of waging a war. UN has listed Iran, North Korea, Sudan, Syria, Cuba, Libya, South Yemen and Pakistan as countries which are the source of terrorism.

In the US annual report published in July 2017, which was mandated by the Congress titled “Country Report on Terrorism”, the State Department listed Pakistan among the nations and regions providing “safe havens” to terrorists. It stated that terror groups like the Lashkar-e-Taiba (LeT) and Jaish-e-Mohammad (JeM) continue to operate, train, organise and fundraise inside the country in 2016. Pakistan was accused by the US, UK, France, and India for supporting external groups, such as LeT and JeM in 2016, which continued to operate, train, organise, and fundraise in Pakistan. Former Pakistan President General Pervez Musharraf in October 2014 said during a TV interview that, “we have source (in Kashmir) besides the (Pakistan) army… People in Kashmir are fighting against (India). We just need to incite them.” The Federal Bureau of Investigation (FBI), in their first ever open acknowledgement in 2011 in US Court, said that the Inter-Services Intelligence (ISI) sponsors terrorism in Kashmir and it oversees terrorist separatist groups in Kashmir.

The main threat is in J&K from terrorists across the border. Left Wing Extremists (LWE) are in a few states like Chhattisgarh, Odisha, Bihar, West Bengal, Andhra, Telengana and Maharashtra. Currently it is very much under check. Some of the key Islamic terrorist organisations operating in Kashmir are:

Lashkar-e-Taiba (LeT), whose name means “Army of the Pure,” is a militant Islamist group operating in Pakistan as well as in Jammu and Kashmir.

Jaish-e-Muhammad, meaning “Army of Mohammed,” is another Pakistan-based terrorist group operating in Jammu and Kashmir.

Harakat ul-Mujahadeen (HuM), or the “Islamic Freedom Fighters’ Group,” was founded as an anti-Soviet group fighting in Afghanistan but when the Soviet withdrew, the Pakistan-based HuM shifted its focus to Jammu and Kashmir. HuM seeks to battle “anti-Islamic forces.”

Al-Badr. Al-Badr is an Islamic militant group operating in the Jammu Kashmir region. The group was allegedly formed by the Pakistani Inter-Services Intelligence in June 1998.

Harakat ul-Jihad-I-Islami (HUJI) was founded in 1980 to fight Soviets in Afghanistan but has since concentrated its efforts in Jammu and Kashmir.

Jamiat ul-Mujahadeen is a small group of pro-Pakistan Kashmiri separatists operating in or near Pakistan.