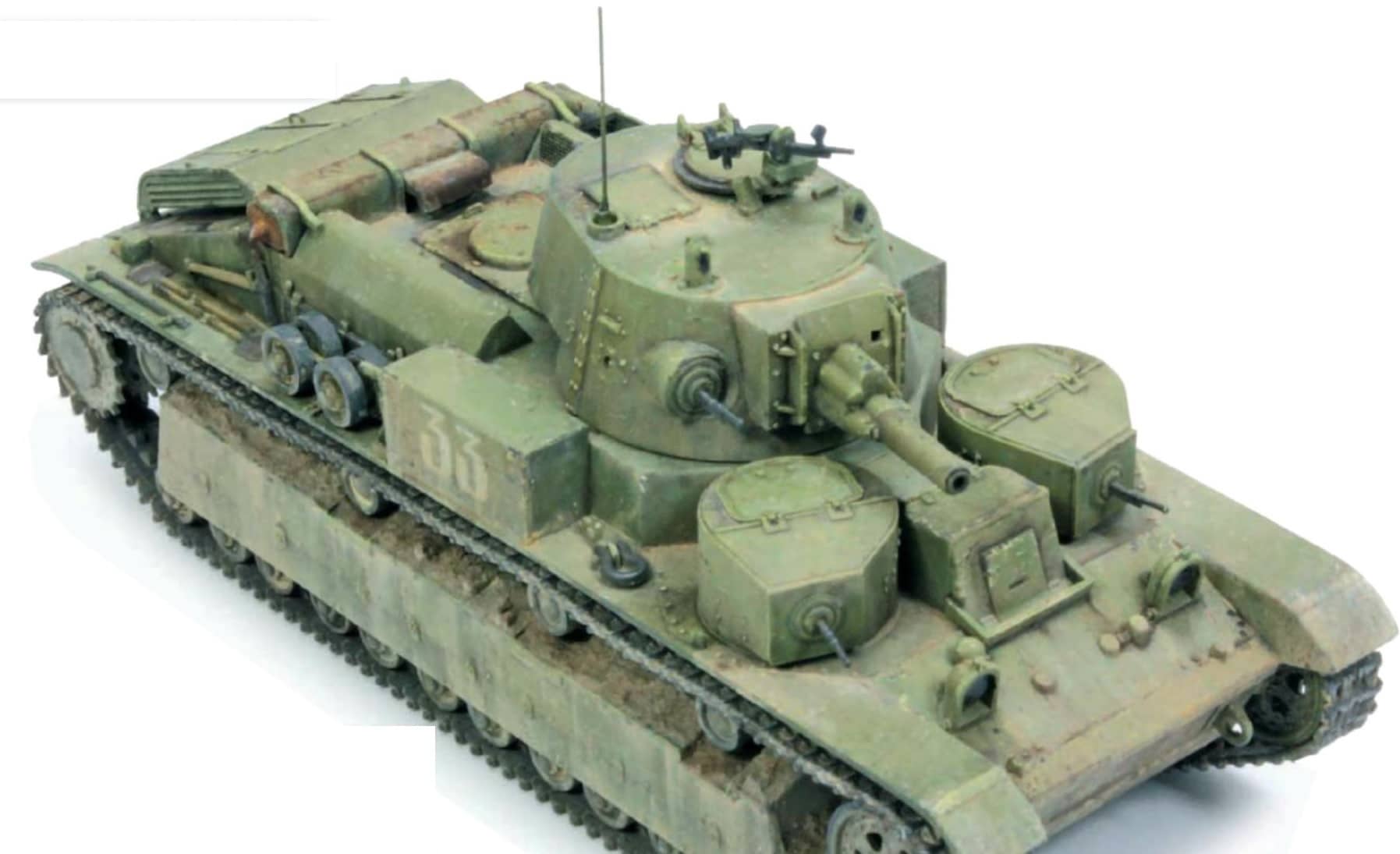 Fernando Olszewski joins the MMI team with a Small-Scale stunner.

The inter-war period was characterised by experimentation in new military technology developed during the Great War. This was particularly so with aviation, but the tank as a decisive weapon had not really been given the same attention. At this time, various multi-turreted tanks were being developed, one such being the Soviet T-28. Conceived as a medium tank, the prototype was completed in 1931, with production beginning in the following year. Accepted by the Soviet Army as an infantry support tank, it was one of the world’s first medium tanks, intended to complement the heavier T-35.

The T-28’s armament consisted of a 7.62mm KT28 howitzer housed in the main turret, and four 7.62mm machine guns (one coaxial, one in each of two smaller turrets, and one in the rear of the main turret). Despite this impressive array of firepower, the T-28 enjoyed only limited success in combat, though it played an important role as a development project for Soviet tank designers; various ideas and solutions that were tried out on the vehicle were incorporated in future models.

Currently, the only 1/72-scale kits of this tank are from Trumpeter: a welded-turret version (ref. 07150), and a rivetted-turret version (ref. 07151). Opting for the latter, I was generally pleased with the quality of moulding and level of detail. That said, I felt that it would benefit from a few scratch-built additions/upgrades to put the finishing touches to an otherwise decent model.

The first task was to improve the appearance of the exhaust unit. A sharp blade was used to thin the underside of the heat shield to give the impression that this was separate from the manifold body, and the two exhaust pipes were replaced by short lengths of aluminium tube (the ends cut to 60° to match the real items). I also used my blade to thin do as the lifting and shackles.

Disappointingly, the kit designers have failed to include any representation of the air-intake grilles. To remedy this, I added sections of fine-mesh mosquito net and edged these with 2mm plastic strip to hide the cut edges of the net. A further improvement was to add the various grab handles around the vehicle, which made from copper wire. The turret required weld seams, and a hole made in each of the periscope's; a simple task using the tip of an awl.