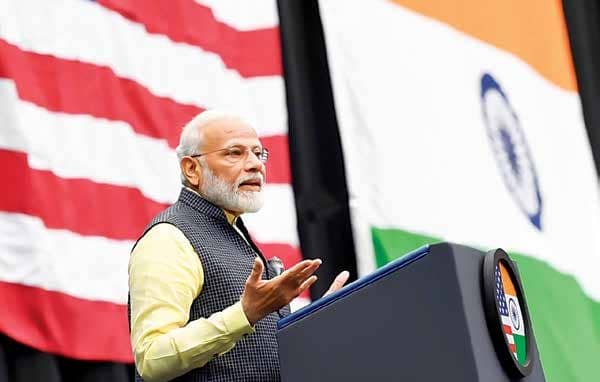 A Big Push to India-US Relations.

IN A truly historic and unprecedented move, US President Donald Trump decided to share the stage with Prime Minister Narendra Modi at the mega ‘’Howdy Modi’’ event organised by the Indian Diaspora in Houston to felicitate the Indian leader. This clearly demonstrated the increasing political and economic influence of the Indian community in the United States. Their clout has continued to grow as they have started to increasingly engage in political activities in the country. Indian community is well-regarded and respected because of its industriousness, high education levels, strong value base, commitment, skills and discipline. These attributes have brought them to the highest level of prosperity not only amongst the foreign communities but also in comparison to the home-based American professionals and entrepreneurs. The Indian community is not the largest in terms of numbers of immigrant Diasporas in America accounting for less than one per cent of the total US population. Their prestige and weight however far exceed their numbers as was amply reflected in the fact that for the first time a US president decided to appear on the same platform with a foreign leader. The impeccable and flawless manner in which the event was conducted was a matter of great credit for the organisers. The joint appearance of the two leaders on the same rostrum also spoke volumes about the high level and rapid expansion of the India-US bilateral partnership. 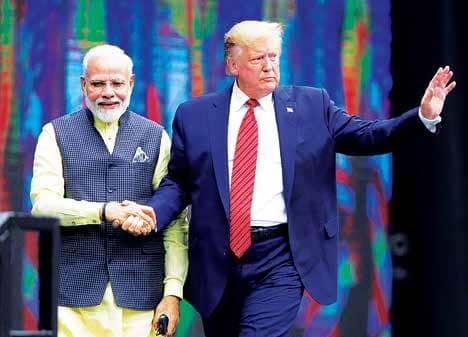 It was PM Modi’s persona and oratorial skills that kept the 50,000 plus crowd rooting for more. He focused on the issue of terrorism as a scourge that plagues the whole humanity to wipe out which the total international community had to act in unison. Without naming Pakistan, he made it clear that it is the epicenter of terror as it is well known that the perpetrators of the 9/11 attack in USA in 2001 and 26/11 attacks on Mumbai in 2008 came from the same source. He exhorted the international community to come together to wage a decisive war against terrorism. He also advanced a robust and sturdy defence of the abrogation of articles 370 and 35a and charged that the country which did not have the capacity to govern itself was complaining about these changes. He was wildly and lustily cheered through his 50-minute address. It was PM Modi’s tough and hard-hitting address that was termed as ‘’aggressive’’ by Trump in his conversation with Imran Khan which he said was very well received by the ‘’59,000 crowd in the big room.’’ PM Modi gave a detailed account of the very many social, political and economic reforms introduced by his government in the last 5 years.