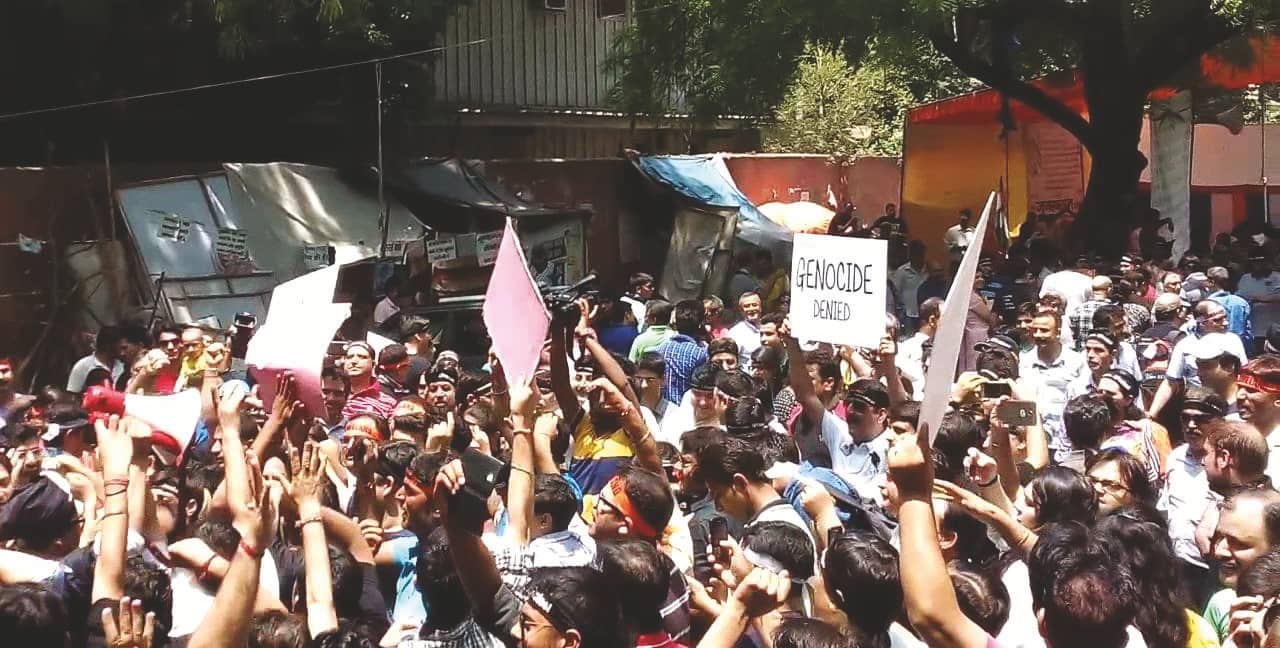 India’s largest internal displacement stems from the Pakistan sponsored militancy in Kashmir where since 1989 nearly 95 percent of the Kashmiri Pandits, an estimated 2,50,000 to 3,50,000 people were forced to leave their homeland. Lack of political will of the then government to recognize their displacement as genocide triggered or ethnic cleansing, but instead terming it as a migration by the community at their will has compounded their ignominy. Consequently, without an “IDP Status”, Kashmiri Pandits were denied access to relief and aid from the UN and other international humanitarian organizations. Sadly, a prosperous community is on the brink of extinction due to the collective failure of the state and central government to rehabilitate them back to their homeland. Majority of the displaced Kashmiri Hindus live in camps in Jammu with no or little hope of return to their roots.

The National Conference leaders constituted the first interim government and abandoned their commitment to secular norms and set out to reorganize the state on the basis of communal precedence of the Muslim majority. Sheikh Abdullah prevailed upon Nehru not to accord any constitutional protection rights to minorities in the valley even while he was insisting for a separate identity of Kashmiri Muslims in the Indian constitution. The destabilization process of Kashmiri Hindus started zealously after independence through the Muslimisation of administrative services and the implementation of discriminatory and arbitrary land reforms. The introduction of 'communal quotas' for jobs set the tone for entry of large number of Jamaat-I- Islami cadres as well as sympathizers into crucial segments of state administration. The specific purpose of the land reforms was not to create an egalitarian socioeconomic order in rural Kashmir butto appease middle and rich Muslim peasantry.