TIME FOR A STRONGER POWER PUNCH 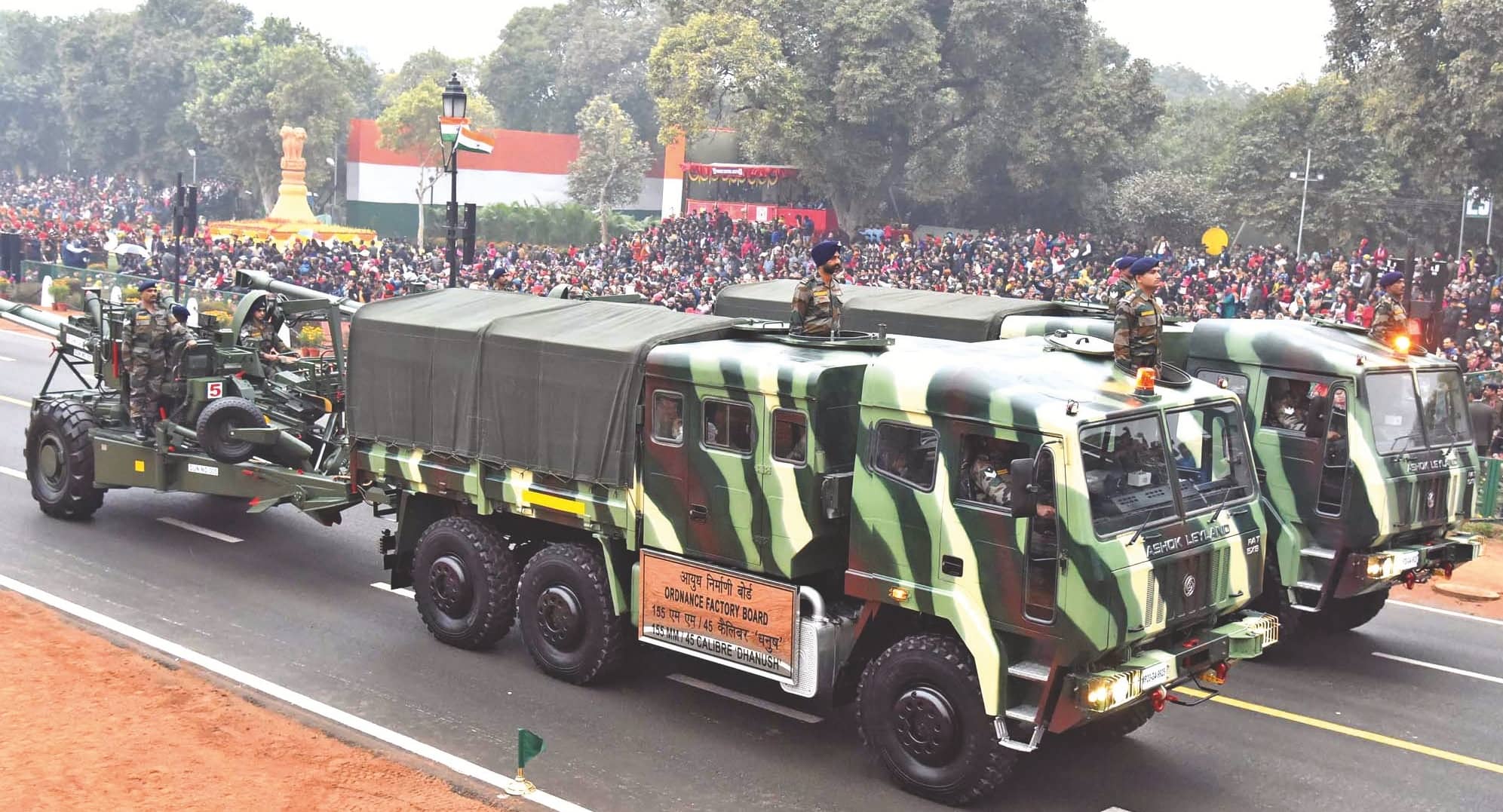 At a time when the country is increasingly facing a multi-front scenario, it will be prudent to conclude that the Indian Army’s artillery modernisation needs a massive thrust from the incumbent union government, writes AMARTYA SINHA
AMARTYA SINHA

The successful fire assault which set a new normal in the strategic equations of South Asia, was also a stern warning to Pakistan that if the floundering Islamic state doesn’t restrain itself from sending jihadi terrorists across the border, there may be a significant escalation in the number of heavy cross-border fire assaults by India. The mobilisation of 155mm heavy artillery guns along with very high-calibre 214mm Pinaka and 300mm BM-30 Smerch multi-barrel rocket launchers (MBRL) on the border carried a clear message to the corridors of power in Islamabad that India was ready to up the ante at a very short notice, in case of further provocations by Pakistani Army and non-state actors sitting across the LoC.

While heavy machinegun engagements, mortar bombardment and usage of ATGMs (anti-tank guided missiles) for strafing border posts and bunkers have been very frequent since the NDA-2 government took over in 2014, heavy cross-border artillery exchanges were a rarity since the end of the 1971 India-Pakistan war. But with tremendous improvements in navigation and guidance systems of artillery shells and missiles in the last two decades, India has now developed the capability to hit pre-designated targets with tremendous precision thus minimising civilian casualties on the other side of the fence.

The occasional usages of 155mm shells have proved to be very helpful in suppressing enemy fire and in taking out hardened targets entrenched deep underground which are otherwise difficult to be engaged with light mortars and low-calibre field artillery cannons. The importance of a large and well-equipped artillery force was proved during the 1999 Kargil war when guided and unguided shells were used to hit Pakistani intruder positions on mountaintops from BLOS (Beyond Line of Sight) ranges. While the Indian Army has one of the largest artillery forces in the world, the capability enhancement and technological upgradation remains an ongoing process.

The history of the 155mm guns goes back to 1986 when the deal for 410 Bofors Haubits FH-77 guns was clinched with Sweden. With all the guns delivered by 1991, Indian Army acquired the much-needed firepower which it had been craving for since the conclusion of the India-Pakistan war in 1971. The FH-77 has a Volvo B-20 auxiliary power unit (APU) which makes it suitable for easier shoot and scoot operations along with all-terrain mobility. But it requires a towing vehicle for long-distance transportation and mobilisation. The rate of fire was, at the time, exceptionally high for a 155 mm howitzer. The gun, equipped with a 39mm barrel and an interrupted screw breech, could fire 4 rounds in 9 seconds, or 6 rounds in 25 seconds. In a sustained firing role, it could fire 6 rounds every two minutes for a duration of 20 minutes.

The Howitzer's APU can be started and controlled by the driver of the towing vehicle to give an extra boost during offroad driving. The maximum towing speed is 70 km an hour which makes it suitable for highway driving as well as off-road deployment. The engine is connected to three hydraulic pumps, of which two are linked to the wheels and one is used for a traverse, elevation, ramming and ammunition crane. The fuel tank can hold 40 litres of diesel, with two extra 20 litre jerry cans as reserve in front of the gun layer's position.

The FH77 is manoeuvred by the gun layer, controlling the torque of the two main wheels through a joystick. The gun’s speed is regulated by changing the APU's RPM. The howitzer is deployed by spreading the trail legs, raising the castor wheels and driving the howitzer in reverse to anchor the recoil spades. The weapon uses standard NATO 155mm ammunition with bagged drive charges. It is capable of using base-bleed ammunition as well as ‘Bofors 155 Bonus’ shells. It can also fire ‘M-982 Excalibur’ satellite-guided artillery bombs along with ‘2K25 Krasnopol’ laser-guided shells.

While the Indian Army has been operating Bofors FH-77s since the last three decades, the Indian Ordnance Factory Board (OFB) has been struggling all these years for developing a cutting-edge indigenous product as an alternative. Massive investments in high-end metallurgy and precision-engineering technologies finally started bearing fruits. After many years of being unable to acquire or import foreign artillery guns due to Bofors-related corruption charges, OFB developed the Dhanush gun. In trials, it came out better by 20 to 25 percent than the Bofors in parameters like range, accuracy, consistency, low and high angle of fire, along with shoot and scoot ability. Barring a failed trial in July, 2016 when a shell hit the muzzle brake, all tests of the game-changing weapon system has been highly successful. The all-weather trials were conducted by firing about 5000 shells in the desert regions and icy glaciers of the Himalayas without any incident.

Dhanush passed its final development trials in June, 2018 and the approval for serial production came in February, 2019. The first six guns were formally handed over to the Indian Army in April 8, 2019. As of December, 2019, 114 Dhanush cannons are on order. Moreover, with most of the Bofors guns nearing the end of their operational lives, a decision has been made to eventually replace all 410 FH-77 cannons with the indigenously developed Dhanush guns. 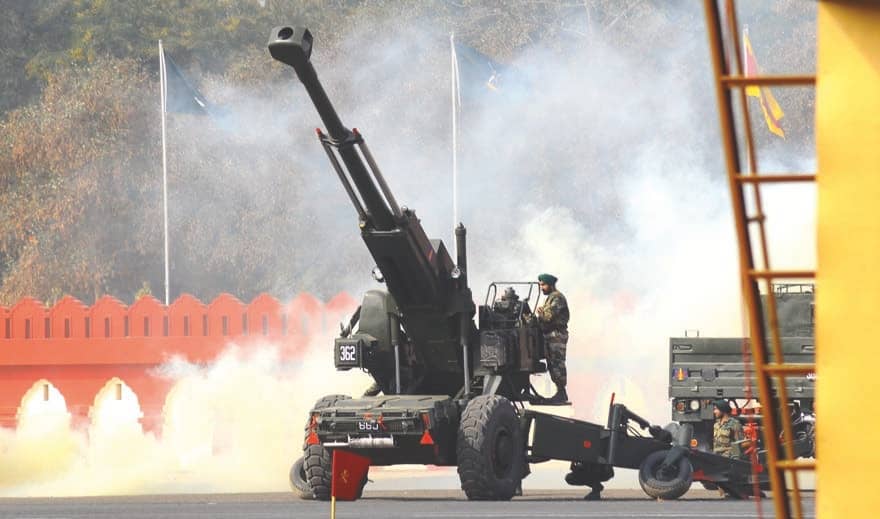 Meanwhile, a decision was made to run a parallel indigenous towed-artillery gun project alongside Dhanush. The Advanced Towed Artillery Gun System (ATAGS) was envisaged by the Defence Research and Development Organisation (DRDO) for indigenously developing a 155mm/ 52 calibre towed-howitzer. The project was started in 2013 by DRDO to replace older guns in service in the Indian Army with a modern 155mm artillery gun. The Armament Research and Development Establishment (ARDE) partnered with Kalyani Group, Tata Power and Ordnance Factory Board (OFB) for this purpose. 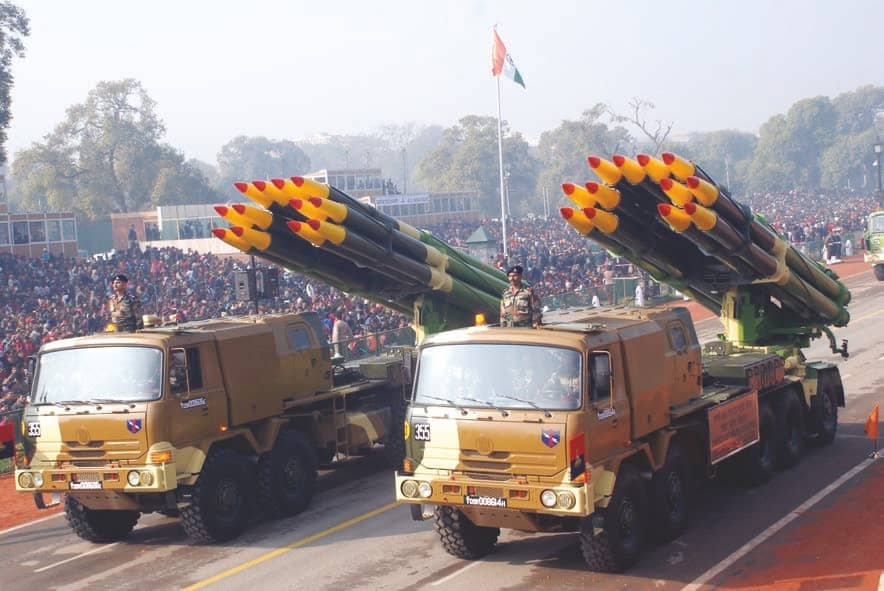 The gun consists of a barrel, breech mechanism, muzzle brake and recoil mechanism to fire 155mm calibre ammunitions with a firing range of up to 40 km. It has an all-electric drive to ensure reliability and minimum maintenance over a long period of time. It also has advanced features like high mobility, quick deployability, auxiliary power mode, advanced communication system, automatic command and control system with night capability in direct fire mode. The gun is a couple of tonnes lighter than other weapons in the same category and is designed to provide better accuracy and range.