THE UNIFORMED SAVIOURS OF HUMANITY 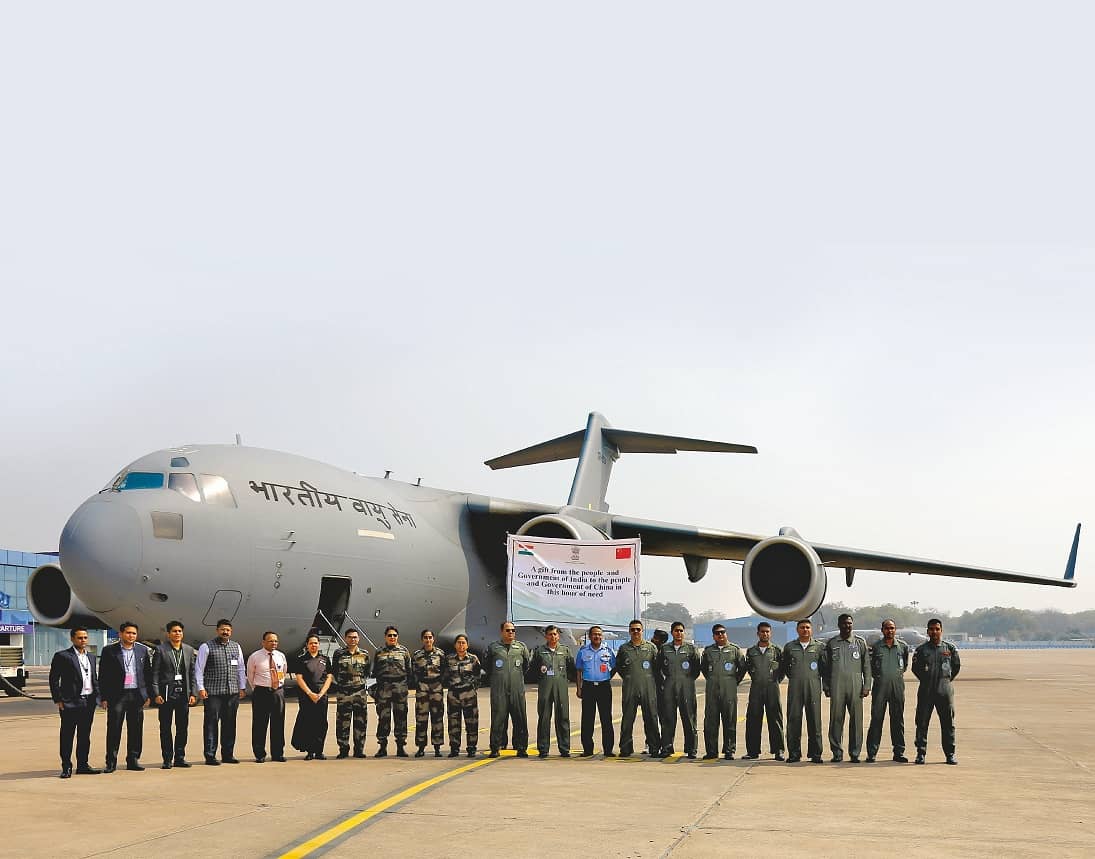 The Coronavirus pandemic has literally engulfed the entire world with the total number of cases reaching up to 73,23,868 with 4,13,723 deaths as of June 10, 2020. In India the total number of cases already stands at a whopping 2,75,413 with 7719 patients dead. With the economy in tatters, transport systems crippled and normal life jeopardised, it was the Indian Armed Forces and Central Paramilitary Forces who proved to be the backbone for keeping the logistics supply lines running.

While the Indian Army launched ‘Operation Namaste’ for battling the crisis, the Indian Navy also joined the fight with ‘Operation Samudra Setu’ and evacuated thousands of Indians stranded in foreign shores. The Indian Air Force also joined the bandwagon by airlifting thousands of tonnes of critical medical equipment, food and other logistics from one part of the country to another. The IAF initiative towards bringing back stranded Indian citizens in the extended neighbourhood was also extensively lauded by the proletariat.

The top leadership of the army, navy and air force have been working round the clock with key stakeholders including the Armed Forces Medical Services (AFMS), Defence Research and Development Organisation (DRDO), defence public sector undertakings, Ordnance Factory Board, Indian Coast Guard, cantonment boards, and the National Cadet Corps (NCC) in putting swift and co-ordinated mechanisms in place to thwart the virus. The Integrated Defence Staff which advises the Chief of Defence Staff is an organisation especially suited to bring in synergy and jointness in the current rapidly evolving scenario. The National Crisis Management Committee (NCMC) has been overseeing the command, control and coordination of the Crisis Management Group (CMG) of various wings of the union government and Indian armed forces.

The very first tasks assigned to the armed forces were two missions to evacuate Indians stranded in foreign lands which had become hotspots for COVID-19. 112 Indian citizens and citizens of friendly foreign nations were flown back from Wuhan on February 27, 2020 in a C-17 Globemaster aircraft and 58 Indians were evacuated from Tehran on 10 March 2020 onboard the same plane. These evacuees were quarantined in six facilities across the nation including Manesar, Jaisalmer, Jodhpur, Chennai, Hindon and Mumbai. Seven other air force quarantine facilities have been kept in a state of readiness in Bhatinda, Devlali, Dundigal, Chakeri, Agra, Gorakhpur and Bangalore. The Indian Navy has set up quarantine centres at its bases in Visakhapatnam and Kochi. 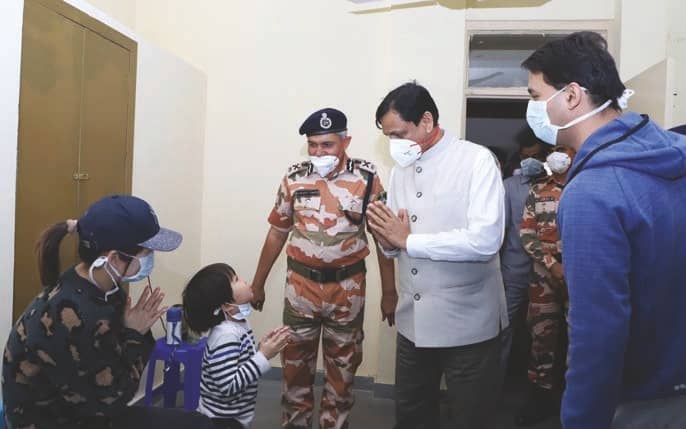