THE NUTS AND BOLTS 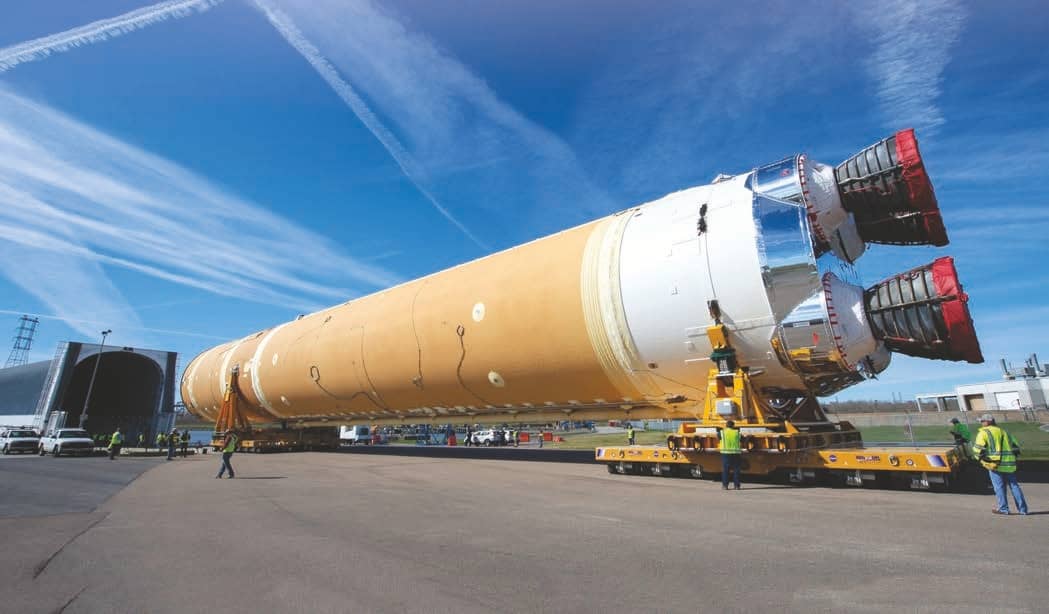 THE NUTS AND BOLTS

The first composite test of NASA’s deep space exploration systems has been completed. It includes the Orion spacecraft, Space Launch System (SLS) rocket and the complex ground systems at Kennedy Space Center in Cape Canaveral, Florida. Artemis I in keeping with the exploratory nature of the odyssey will be an unmanned flight.

Lockheed Martin is the prime contractor for the Orion programme that includes anywhere from 6 to 12 spacecraft. Orion's first uncrewed test flight was on December 5, 2014. This test flight marked the first timea spacecraft built for humans has flown outside low-Earth orbit in more than 40 years — since the last mission of the Apollo program in 1972. The space capsule performed flawlessly during its 4.5-hour test flight and soared 3,600 miles (5,800 kilometers) above Earth before turning around for a high-speed re-entry. The parachutes and huge heat shield on Orion worked well during flight.