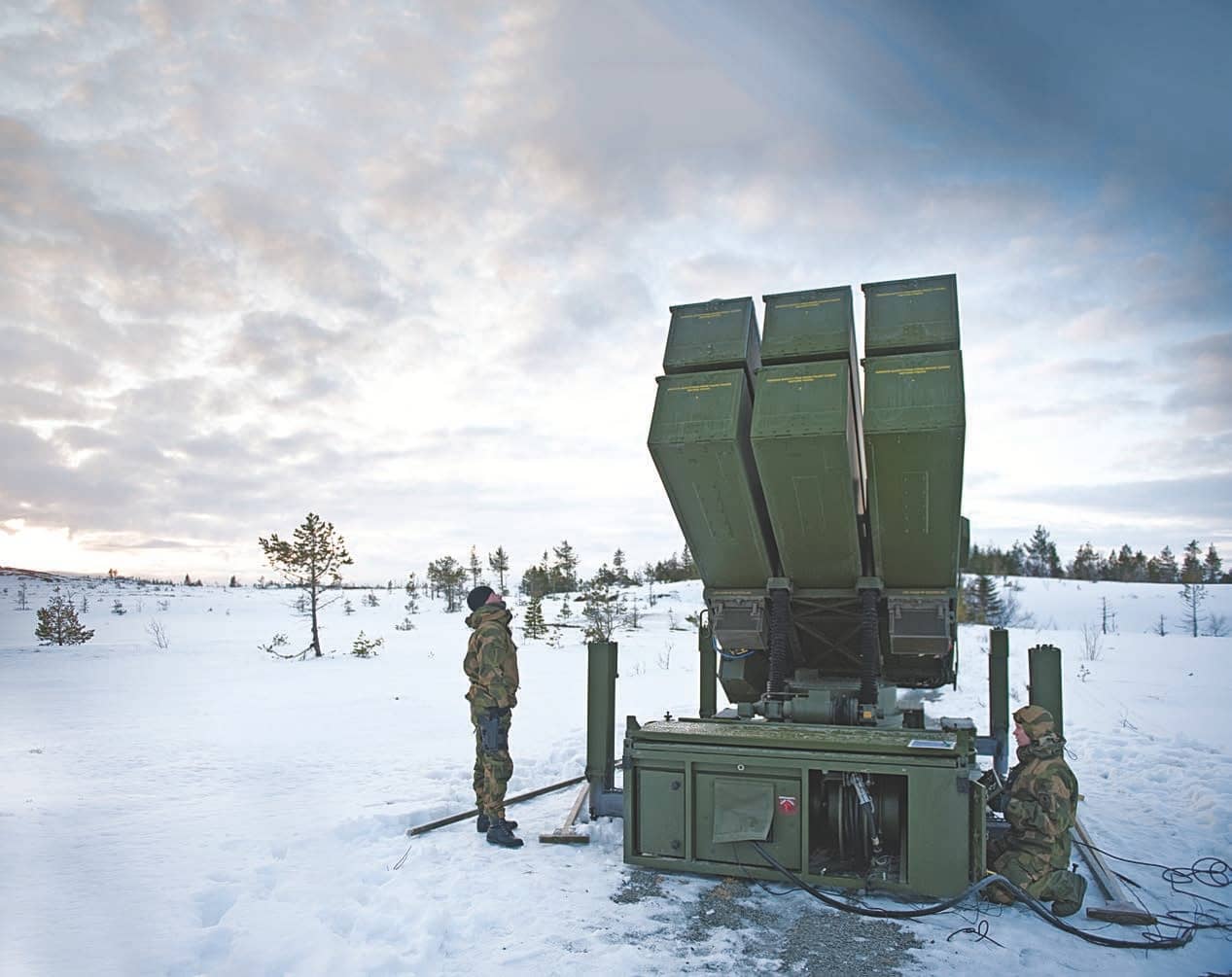 Determined to modernise its defence forces, the Australian government, in collaboration with its indigenous industries, has taken a decisive step in strengthening its air-defence system, writes DEBALINA GHOSHAL
DEBALINA GHOSHAL

In March 2019, there were reports that Australia decided to acquire the Raytheon/ Konsberg National Advanced Surface to Air Missile System (NASAMS) but in configuration enabling integration of the defence system with the Australian designed and manufactured radars and vehicles. The missile defence system is expected to replace the dated RBS-70 very short range man-portable air-defence system. The process of modernisation

A NASAMS launcher positioned on snow of defence system for ground forces began in 2017 itself when the Australian government selected US-based Raytheon and Raytheon Australia was to receive single supplier limited request for tender for the ground-based defence system. After an exhaustive process of drawing on both RFI material Australia’s own research, the NASAM were selected as the government did not feel the need to proceed with unnecessary competition in the bidding process that would only delay acquiring a sophisticated defence system to protect ground forces.

The missile defence system is expected to provide air defence to ground troops against fixed and rotary-wing aircraft, unmanned aerial vehicles and cruise missiles by helping the air defender to identify, engage and destroy current enemy aircraft and thereby limiting the scope of enemy’s close air support and negating adversary’s airpower prowess. The NASAMS is reported to play an integral part in the Integrated Air and Missile Defence Program (IAMD) and will be operated by the Australian Army’s 16th Air Land Regiment. This missile defence is a component of Project Land 19 Phase 7B. NASAMS have been widely used by NATO countries.

According to Australian Defence Minister Christopher Pyne, “This new air defence capability combines world-leading Australian radar technology with a highly effective air defence system that will contribute to the protection of our servicemen and women from modern airborne threats.” He did highlight the need for “modern and integrated ground-based air defence system” for this that would protect ground forces.