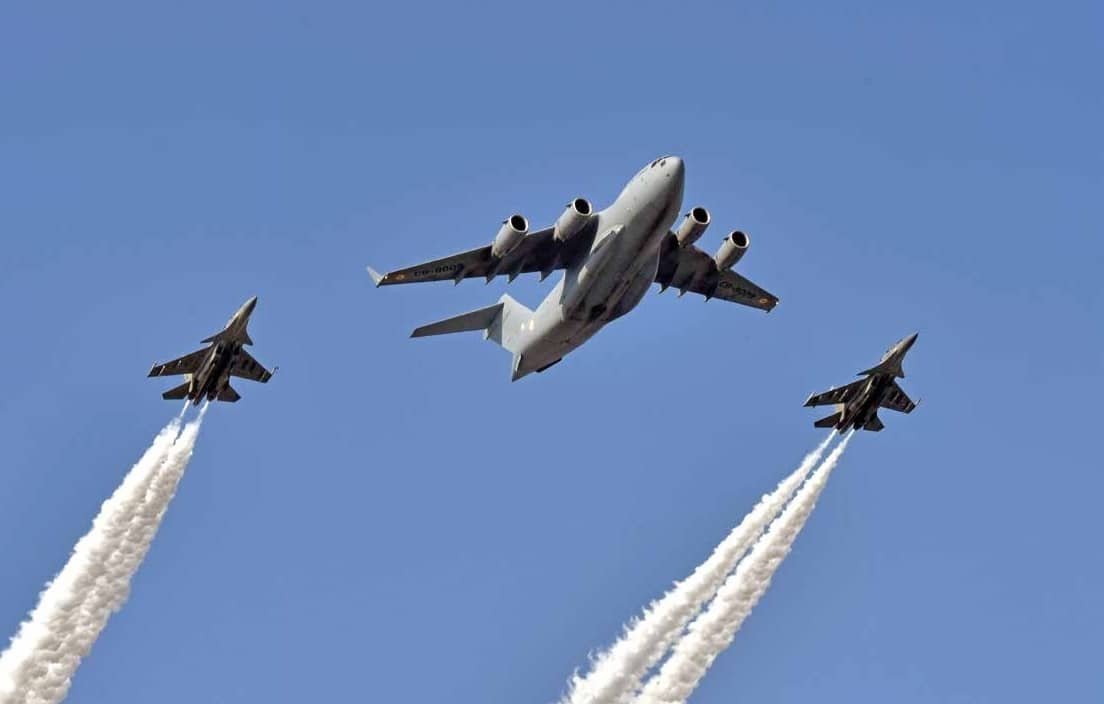 India thought it had twenty years or more to match the Chinese challenge and its arms acquisitions and weapons production reflected this premise. Acquisitions were conducted in a leisurely manner and production was allowed to deliver new weapons at a glacial pace. Things have changed now. India faces a true two-front threat and events are threatening to boil over into a full-blown war along the IndiaChina border. In such a situation, the role of the Indian Air Force (IAF) will be crucial since, of the three armed services, it is the only one that can move rapidly from the Chinese to the Pakistani border and, if India achieves air superiority over Pakistan, it would remove the pressure from the Indian Army, allowing the largest service to concentrate more fully on the challenge from China. The need for 42-45 squadrons is paramount as is the acquisition of equipment that would increase the lethality and capabilities of the IAF.

There have been discernible patterns when one comes across the pathologies that beset weapons acquisition and arms production in India. The late Stephen Cohen used to say that the Indians believe that if they hold out long enough on a weapons deal, they will get an attractive price. Instead, as we saw in the case of the Rafale, the cost of the plane tends to go up. Similarly, it took the IAF 20 years to finally acquire the Hawk trainer and by then the price of the programme had more than doubled. If India is to position itself to respond to the China challenge, buying quickly and efficiently are imperatives. The Israelis have made this clear to the India, encouraging the political leadership to sign a deal for the Phalcon AWACS system before the price goes up.

What constrains India in this context is a bureaucratic culture that cultivates languid decision making, which makes weapon systems acquisition a long drawn out and financially painful process. In contrast, other countries work rapidly to evaluate a weapons system, negotiate its purchase, and ink the deal. For example, this author sat in the visitors’ benches in the Australian parliament in 2016 and watched the debate on the acquisition of submarines. A month later, the Australian prime minister signed an agreement with France to build 12 Barracuda-class submarines with the shipbuilding set to commence in 2022. Contrast this with the long delays and slippages that take place in India’s efforts to not only buy, but also produce weaponry.

Secondly, as I wrote previously in this forum, the IAF needs to avoid chasing after big-ticket items which do not fit seamlessly into the force structure or serve as multipliers. This translates to the procurement or production of items like drones, airborne warning and control systems (AWACS), secure communications links, and beyond visual range missiles, all of which will address current shortfalls. For example, in the February 2019 clash between the Pakistani and Indian air forces, the Pakistanis were able to jam the radars and communication links of the Indian Sukhois. Thus, Wing Commander Abhinandan crossed the Line of Control, despite orders not to do so, because he was unable to communicate with his ground controller. The Pakistani Air Force also had better long-range missiles, which allowed its aircraft to stay out of range of the Indian Sukhois.