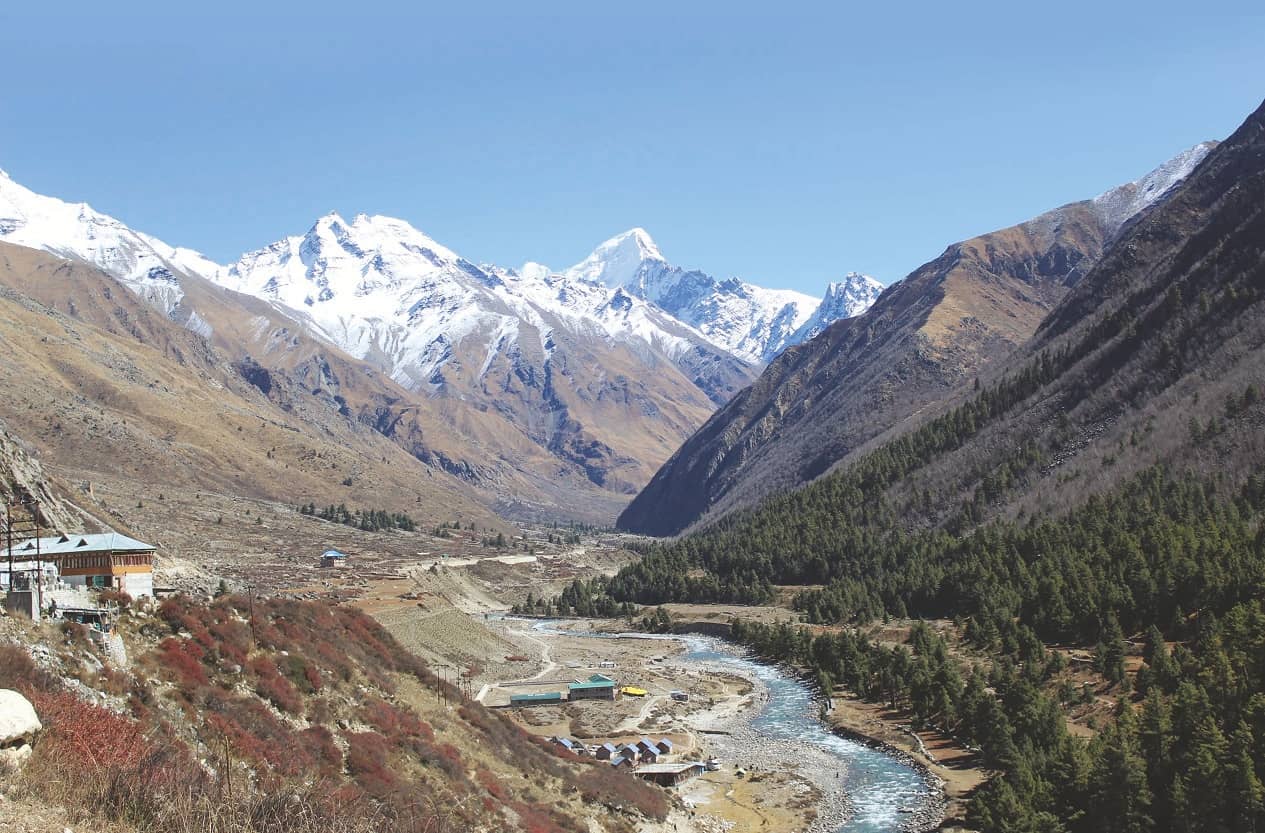 Consistency has never been a virtue for the Communist rulers of China in settling their border disputes with the neighbours. They have used different principles for different countries. And this is the biggest bottleneck in arriving at an amicable solution to the present faceoff between the Chinese and Indian troops, argues Prakash Nanda

For nearly two months, troops of India and China have been facing each other at three places in Ladakh (Pangong sector, Galwan sector and Hot Springs). There have been minor skirmishes, but now the situation is that of a standoff, which, many analysts consider, is likely to be a prolonged one. Because, the Modi government, like its predecessors, cannot take the easy option of declaring that since the Line of Actual Control (LAC) in the border has not exactly been identified and accepted by both the countries, perceptions of the LAC differ from time to time by their respective troops, that in these cases the two countries have devised ways to settle the differences through their local commanders and diplomatic means and that there is nothing to worry as both New Delhi and Beijing are committed to “the maintenance of peace and tranquilly” along the LAC as per their bilateral agreement on September 7, 1993.

Committed to nationalism that the Modi government is (at least, it professes so), it cannot hide the facts like its predecessors that since 2002, the Chinese have been systematically transgressing the LAC into the Indian side. If the so-called perceptions vary, then why is that we have not come across a single instance of the Chinese complaining of Indian transgression? And, what is worse, the Chinese have not necessarily gone back to their previous positions after the diplomatic or local commander-level talks have defused the situations in the past.

In fact, in the present case, as Lt. General (Retd) HS Panag, Northern army commander 2006-2008, has written elsewhere, “the PLA has crossed the LAC and physically secured 3-4 km of our territory along Galwan River and the entire area between Finger 5 and Finger 8 along the north bank of Pangong Tso, a distance of nearly 8-10 km. There also seem to be minor incursions in the area of Hot Springs, in Ladakh’s Chang Chenmo River valley and at Demchok.” More worryingly, the territory the PLA has actually secured may be many times more because, he asserts, “the intrusion by regular troops is not linear like normal border patrols going to respective claim lines. If a brigade-size force has secured 3-4 km in Galwan River, it implies that the heights to the north and south have been secured, thus securing a total area of 15 to 20 square km. Similarly, along Pangong Tso, the PLA brigade having secured 8-10 km on the north bank would have also secured the dominating heights to the north to physically control 35-40 square km. And if China subsequently realigns its claim line based on the areas secured, the net area secured would increase exponentially.” 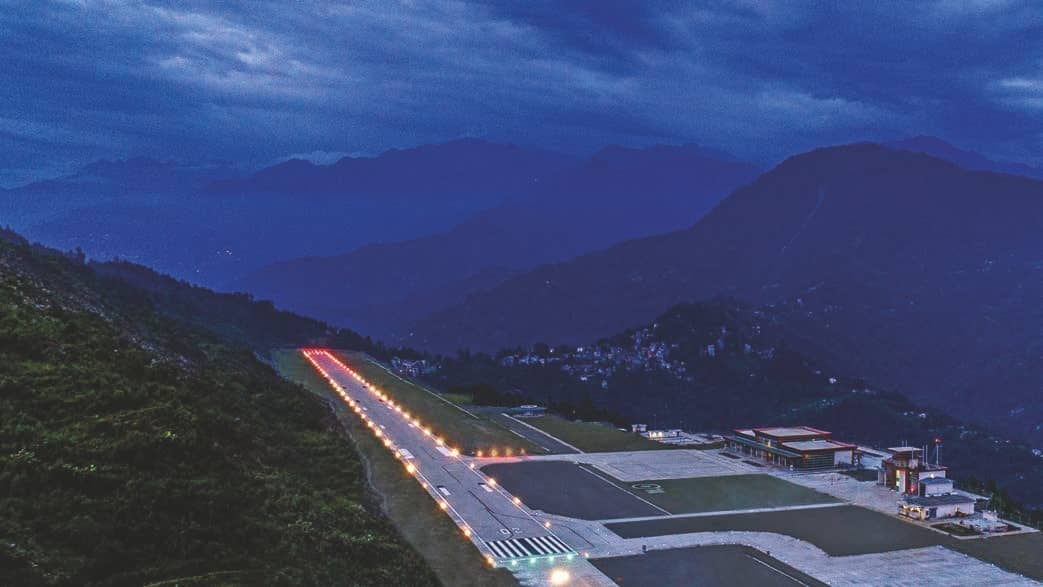 General Panag cautions that, “In Galwan sector, the PLA has secured the heights north and south of the Galwan river with. The PLA seems to have come across the LAC for 2-3 km in the valley and then climbed up the heights. It is also possible that it climbed the heights from China’s side of the valley and then moved along the heights westwards up to 3-4 km. What matters in mountains/ high-altitude is the control of the heights. The valleys become untenable when surrounding heights are with the enemy. It is likely that the PLA has secured the heights with two battalions with one held as reserve at the LAC.... it is pertinent to point out that there are no differing perceptions about the LAC along the Galwan River. The intrusion here is deliberate to threaten the Darbuk-Shyok-Daulat Beg Oldie (DS-DBO) Road and prevent us from defending it by securing the Galwan valley and the heights north and south of the river.”

On Hot Springs, General Panag adds, “As per my assessment, at Hot Springs/ Gogra, the PLA with nearly a battalion has almost surrounded the post and effectively denied the approach to Kongka La pass, which lies on the LAC but is not held by us. The aim here is to prevent road construction by India to the Kongka La pass. At Hot Springs and Kongka La, which is 4-5 km away from Hot Springs, there is no “differing perception” about the LAC.”

Let us realise that consistency has never been a virtue for the communist rulers of China in settling their border disputes with the neighbours. They have used different principles for different countries. And this is the biggest bottleneck in arriving at an amicable solution to the present face-off between the Chinese and Indian troops.

It may be noted that China shares land boundaries with as many as 14 neighbours (North Korea, Russia, Mongolia, Kazakhstan, Kyrgyzstan, Tajikistan, Afghanistan, Pakistan, India, Nepal, Bhutan, Myanmar, Laos and Vietnam) and maritime boundaries with four(Japan and South Korea in the East China Sea, the Philippines and Vietnam in the South China Sea). If its claims over the whole of South China Sea is to be conceded, then Brunei, Indonesia and Malaysia will come to the picture, leave alone Taiwan that China claims to be its own.

With most of these countries, China has had “disputes” over the territories; it has fought full-fledged wars with three of them- India, Vietnam and Russia. And, if voices emanating from the Chinese media are any indication, China is ready to fight a second war with India.

As a communist country, it is quite understandable when it says that Beijing does not believe in the sanctity of all the “unequal treaties”, that were the “imperial products” when China was weak – and all these pertain to ‘British India”, Russia and Japan. But it considers all the treaties or territorial gains made by the powerful Chinese emperors in the past to be sacred and non-negotiable. In other words, for the communist rulers in Beijing, territorial gains by a “strong” China in the past are sacrosanct, but territorial concessions or adjustments made by a “weak” China in the past are profane or blasphemous.

For instance, the Chinese say that Tibet became a part of the Chinese empire when the great Mongol Genghis Khan annexed Tibet (most parts of it) in the early 13th century. It is a strange logic, because taken to its logical conclusion, one could argue that China is a part of Mongolia (Khan was then ruling over Beijing as well) and does not deserve to exist as an independent nation. Secondly, why are the Chinese not claiming a quarter of Europe, Russia and the whole of West Asia (Middle East) and Central Asia since these also constituted the Mongol empire of Genghis Khan?