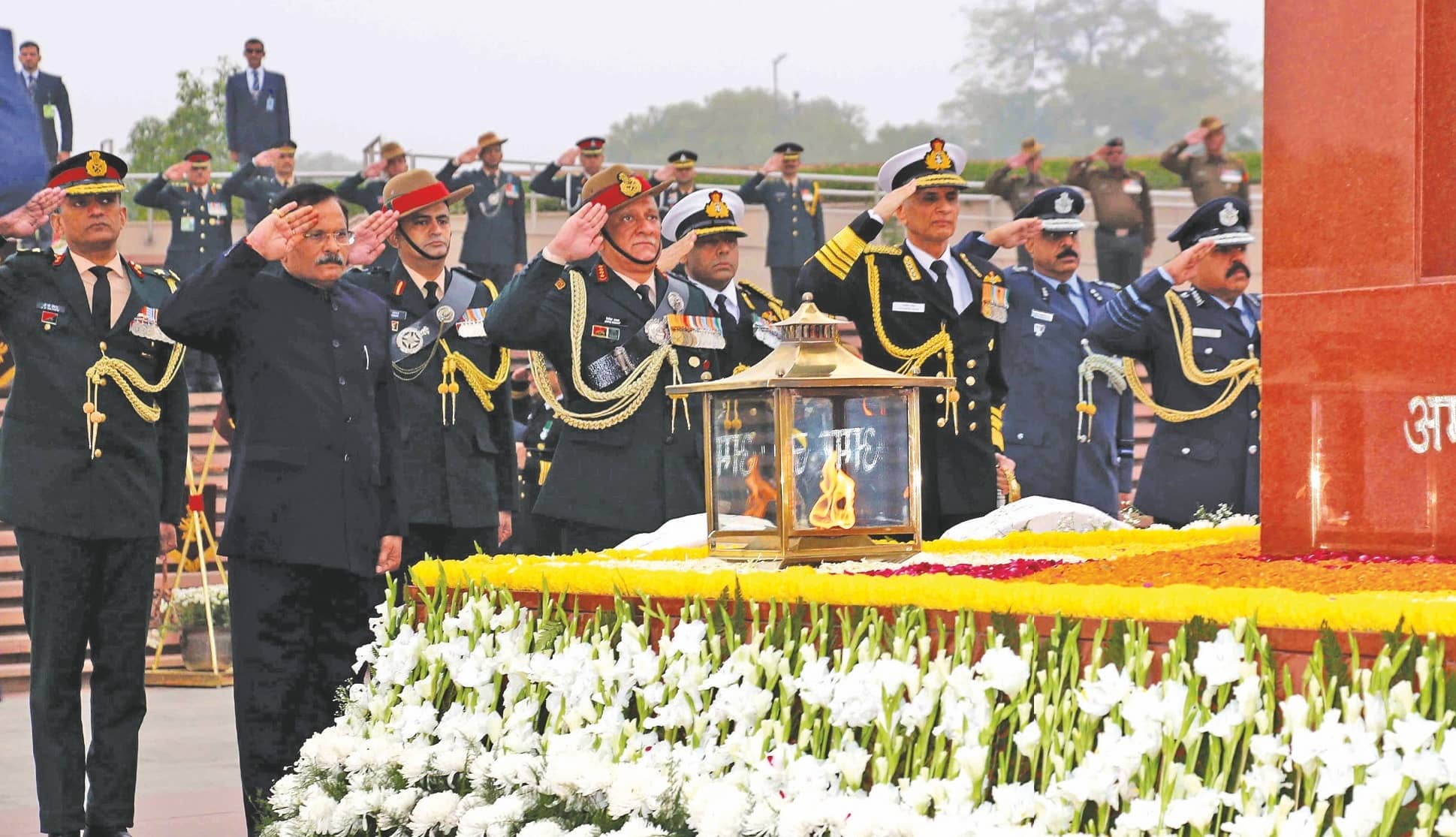 As the country waits for its first Chief of Defence Staff (CDS), Prakash Katoch warns that any half-hearted implementation of the idea will be a sheer waste and argues why the CDS is vital not only for providing single point military advice to the Cabinet but also to usher in synergy vertically and horizontally among the three Services with full operational powers
Prakash Katoch

Much had happened before Prime Minister Narendra Modi announced on August 15, 2019 that India would soon have a Chief of Defence Staff (CDS). Government has now announced that a CDS is likely to be appointed shortly. The team under the National Security Advisor (NSA) set up to work out the responsibilities, modalities of appointment and terms of employment for the CDS has apparently completed its task and submitted its recommendations to the government. Government has therefore asked the three services to submit names of their senior officers who could be considered for the post.

The Kargil Review Committee (KRC) in 1999 had recommended early establishment of the CDS, which was endorsed by the follow up Group of Ministers (GoM). On September 8, 2005, the then Defence Minister Pranab Mukherjee told a tri-services gathering at HQ IDS that few months back government had decided to announce the CDS and identified who the first CDS would be, but there was no political consensus. He however, added that there were 101 things on which political consensus was not there but decisions were taken. The Chairman Chiefs of Staff Committee (COSC) & Chief of Naval Staff (CNS), the Chief of Army Staff (COAS), the Vice Chief of Air Staff (the Chief of Air Staff being away on foreign tour) and the Chief of Integrated Defence Staff to The Chairman Chiefs of Staff Committee (CISC), all consented to the requirement of the CDS when questioned individually by Mukherjee, agreeing that CDS must have ‘full operational powers’. The Chairman COSC & CNS also pointed out that Chairman COSC had been quietly taken out of the nuclear loop by putting the Strategic Forces Command (SFC) directly under the NSA; a bureaucratic machination, which needed to be rectified.

On February, 16, 2015, Rao Inderjit Singh, the then MoS (Defence) stated on sidelines of the international seminar ‘Aerospace Vision: 2050’ that the MoD had decided to create the post of CDS to advise the government on all military matters and to take an independent decision on requirements of all three services. He went on to add, “The three services have agreed, and we now have to get all parties involved, since it is a political decision. I think we are going to write to all the political parties and ask them as to what their opinion is on this. Once they give their opinion, we will take a decision”. In April 2015, the then Defence Minister Manohar Parrikar stated at a media conclave, “In the next two-three months, my Cabinet note with the recommendation will go to the right place (Cabinet Committee on Security) for the final decision.”

Concurrently, media reports said, “MoD sources are said to be holding consultations to create the post of a Permanent Chairman of the COSC — which currently comprises the three service chiefs — with fixed two to three year tenure.” Media termed it “major rejigging” of the military set up, further elaborating that India needs this General Number 1 who would provide: single-point military advice to the government; better manage country’s strategic resources and nuclear arsenal; bring synergy among Army, Navy and Air Force by resolving inter-service doctrinal, planning, procurement and operational issues, and; integrate the Services Headquarters with MoD. The decision was ostensibly follow up of the Naresh Chandra Committee that had recommended such an appointment amongst many other recommendations that were yet to be implemented. Ironically, the term “Permanent Chairman COSC” was never heard of before the Naresh Chandra Committee came out with the idea.

If dissent amongst services was reported on occasions over the years, it was orchestrated by the bureaucracy or polity to avoid appointing a CDS. For example, one Service Chief, who at the above mentioned 2005 meeting was vehement that “CDS should be appointed with full operational powers without further delay”, stated just before retiring that CDS should not be appointed till we resolve our insurgency problems – as if the two are related. For those who have been against the appointment of a CDS, there was never a problem; statements could be obtained on promise of reward, mischievous media insertions for perception management or simply an outright statement that “services do not agree”, as done by the then NSA Brajesh Mishra, while delivering a talk at the National Defence College in 2000.

In the UK, the debate over appointment of a CDS raged for 18 years with the bureaucracy playing similar games to keep the services divided and enjoy the fun. Then the political authority simply took the decision and appointed the CDS. Moreover in UK it was General Sir Gerald Templer, Chief of Army Staff, who was against appointment of a CDS. However, Lord Mountbatten prevailed. Around 70 countries including the US, UK, France, Germany and Australia have CDS like post for integration of military operations and planning. Chairman Joint Chiefs of Staff (JCS) and CDS in US and France respectively are highest ranking military officers and principal military advisers to the President of the country.

In the US, the Joint Chiefs of Staff organisation came into being vide the Nichols-Goldwater Act of 1986 that included the various global commands. The office of the Chairman JCS ('Purple Suiters') also has a specified number of staff, around 920. As this is by an Act, amendments can only be made by the Congress. Incidentally even a Brigadier General in US puts on his rank after Senate approval. The Theatre Commanders too report directly to the political leadership. The Nichols- Goldwater Act of 1986 ensured that changes cannot be made on the whims and fancies of the bureaucracy every now and then. 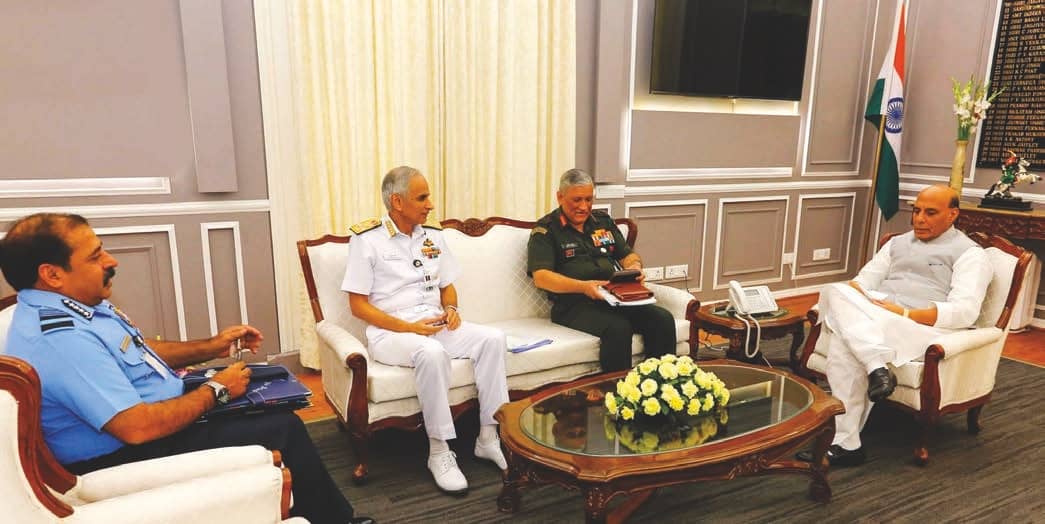