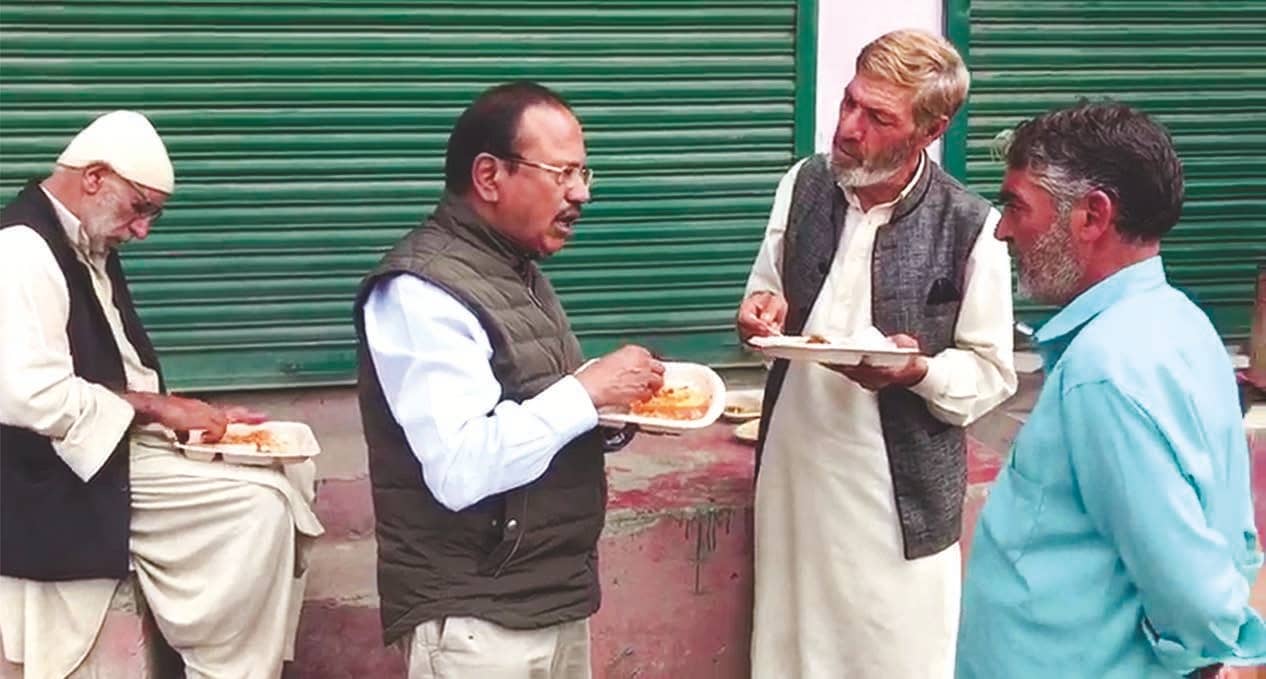 The abrogation of Article-370 and Article-35A of the Constitution of India has seen an outpour of developmental initiatives in the two newly formed union territories, reports Amartya Sinha

On August 5, 2019, the NDA- 3 government led by Prime Minister Narendra Modi abrogated Article-370 though a constitutional order and reorganised the state into the two separate union territories of Jammu & Kashmir, and Ladakh. It has now been followed up with notification of new domicile rules. Meanwhile, the union government is also implementing a slew of measures through various developmental initiatives and an upcoming global business summit for ensuring Kashmir’s economic progress in the long run. Following is a sneak peek into the various developmental projects and constructive initiatives which are set to transform Kashmir and Ladakh in the new decade.

The Kashmir Railway Project (KRP) is being developed to provide a reliable all-weather transport system to the union territory of Jammu and Kashmir. The line is officially known as the Jammu- Udhampur-Katra-Quazigund-Baramulla link (JUSBRL). KRP is the only railway line in mountainous ranges in India that is being constructed in broad gauge. The estimated cost of the project is $13 billion. The 345km extension of the Indian Railway network will allow a 900 km direct journey from New Delhi to Srinagar.

The KRP line also connects Jammu with Srinagar. There will be 30 stations along the route and the network and will be served by up to 12 trains a day. The entire project is divided into four sections. While the first section referred to as Leg-0, stretches 53 km in the sub-mountainous region (Jammu to Udhampur) and has been operational since April 2005, the second section (Leg-1) connects Udhampur to Katra (25 km) and has been in operation since July 4, 2014.

The 111 km-long third section (Leg- 2) will connect Katra to Banihal and is scheduled to be opened in 2022. It is the most challenging section, as it involves construction of many tunnels and viaducts. A 1.3 km long bridge being constructed across the river Chenab is the world’s highest railway bridge. It will be 359 metres above the riverbed. The fourth section (Leg-3) which connects Banihal to Baramulla, is 135 km long. It includes 704 major and minor bridges across rivers, canals and roads. This section was completed in October 2009. As soon as the remaining work on Leg- 2 is completed, there will be seamless train operations between Srinagar and mainland India via Jammu. As stated Union Railway Minister Piyush Goyal, the entire KRP project is supposed to be completed by August, 2022. With the Indian railways making a rapid transition to clean fuel for propulsion, the entire route will be electrified with 25kV AC power lines. 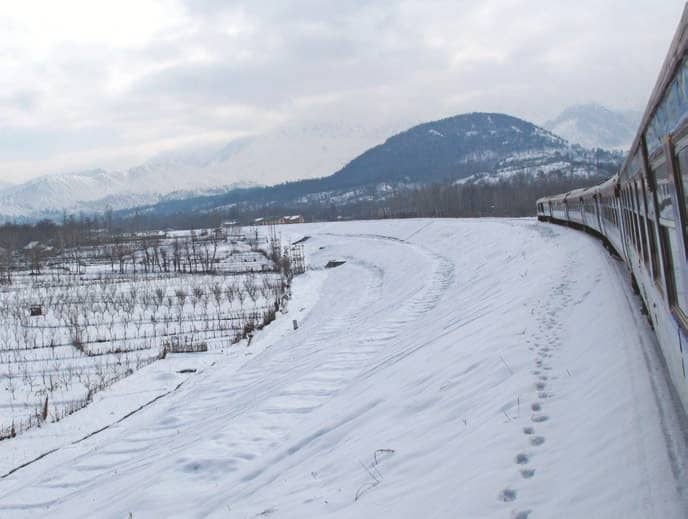 The Bilaspur-Leh line is another high elevation all-weather broad-gauge railway route that is planned to connect Bilaspur in Himachal Pradesh to Leh in Ladakh. The total expected length of this line is 498 km and it would become the highest railway track in the world (overtaking the current record of the Qinghai-Tibet Railway of China) once the project is completed. After Jammu- Baramulla line in Kashmir, the Bilaspur- Leh track will be the most challenging project in the history of Indian Railways due to high mountains, a large number of tunnels, bridges and severe cold weather conditions. The Northern Railways is in the process of acquiring land for setting up a camp office in Leh for overseeing this ambitious project. Once this line is completed, Leh will be directly connected to Himachal Pradesh and the rest of India by rail.