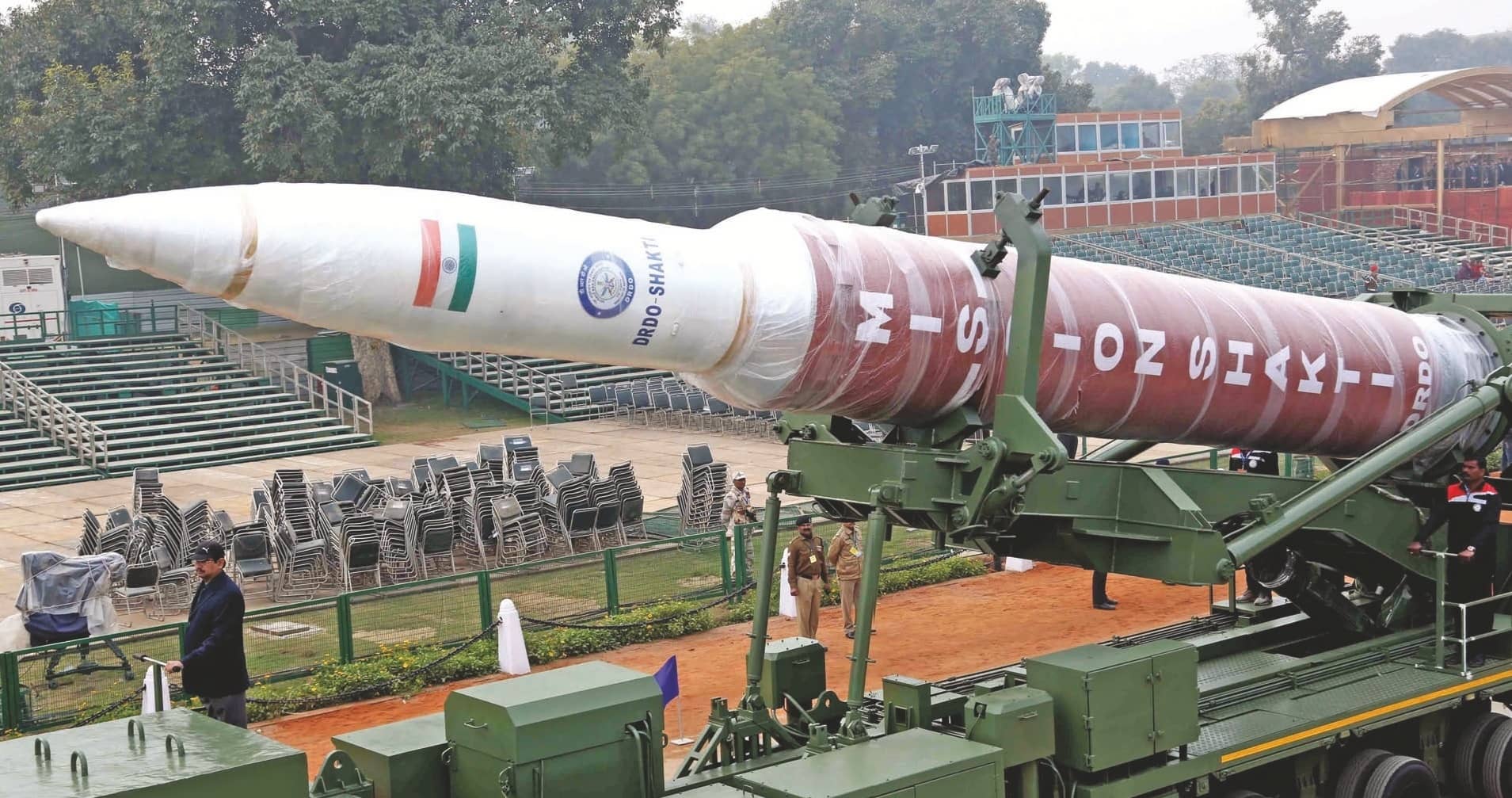 While satellites are an important aspect of the application of space technology to military needs, it is also important to recognise the increasing possibility of the deployment of anti-satellite weapons and possibly space-based weapons in the medium to long-term future. SANJAY BADRI MAHARAJ spells out India’s ASAT journey

On March 29, 2019, India successfully intercepted a satellite in Low Earth Orbit at an altitude of 300 km. This intercept, using the Microsat-R as a target, established a capability that had previously been only theoretical.

This system – designated the PDV Mk.2 – draws heavily from the Indian Ballistic Missile Defence System in respect of its exo-atmospheric interceptor (the PDV) and as such we must factor in the capability conferred by the BMD system as it has evolved.

Current ASAT systems are reliant on kinetic energy weapons in the form of ground-based/ ship-based missiles often derived from BMD systems. In addition, the United States and Russia have tested air-launched kinetic weapons from versions of their manned interceptors. However, increasingly new technologies, such as directed energy weapons or even electromagnetic weapons are being tested and these will have implications for future ASAT systems. In addition, Directed Energy Weapon (DEW) systems may be used to disable satellites. Moreover, some tests are being conducted using other satellites to destroy or disable other satellites with DEW systems being considered for such employment.

Military Use of Space

The use of satellites for military purposes began in 1958 when the United States launched the communications satellite SCORE which transmitted a pre-recorded message from space. Since then, more than 2000 military satellites, the first of which were experimental and others later operational, have been launched by the USA and USSR, and its successor states.

As of 2016, the United States has the largest fleet of satellites in orbit with 589, followed by China with 181 and Russia with 141. India currently stands in seventh place with some 42 satellites in orbit. While the numbers of satellites may be of importance in and of themselves, the challenge of making effective use of the data obtained therefrom by the military is critical.

These satellites enable a dedicated military communications networks with a degree of immunity from jamming, interference and deception. They have further branched out into such spheres as surveillance, early warning, intelligence gathering as well as navigation. In the surveillance and navigation spheres, the use of dual-purpose systems – such as the American GPS and the Indian IRS serieswww.geopolitics.inMarch 2020 allows for a filtered sharing of data with the civilian market.

Communication satellites have revolutionized warfare, making network-centric warfare possible. These satellites enable high-speed communications allowing soldiers deployed on battlefields direct communications with command centers, dramatically improving their situational awareness. The United States, for example, is trying to establish a Global Information Grid to connect all military units and branches of service to further the concept of network-centric warfare. This concept is the corner-stone of new military doctrines employed by the United States and may be considered instructive for India as the United States Department of Defence notes that: 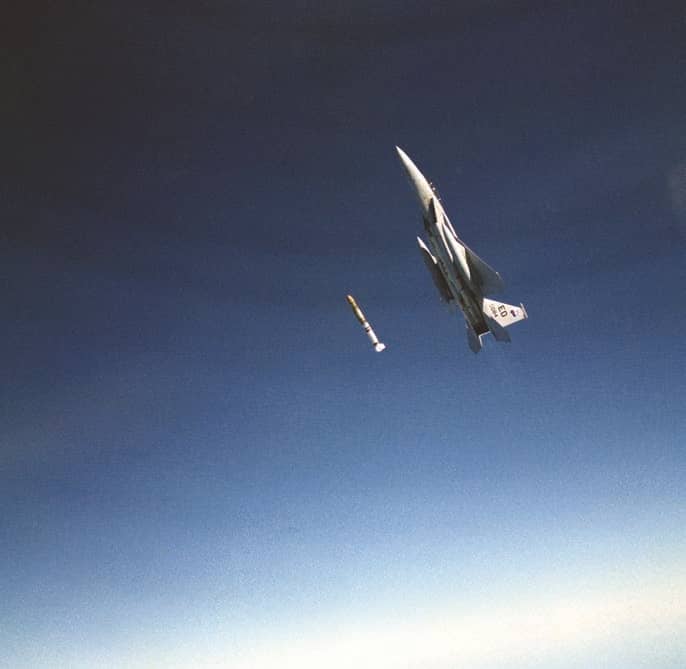 China, like India, has sought to make use of its extensive and increasingly sophisticated network of Yaogan remote sensing satellites. Some 30 of these satellites were launched between 2006 and 2016. Most of these are optical imaging satellites but several have synthetic aperture radar (SAR) systems fitted and others are apparently for the gathering of electronic-intelligence. China also makes use of its Zi Yuan satellites which are nominally earth-resource satellites for military purposes.

Space detection systems have found much favour with the United States as Russia is leading the way. In response, United States Air Force developed a space surveillance and missile-warning system which aims at enabling worldwide space-based detection and tracking of potential missile launches with the ability to classify and differentiate objects in space. The satellites of the Defense Support Program use an infrared sensor to detect heat from missile or booster plumes set against the relatively cool background of the Earth's surface.

American space-based sensors provide the first level of immediate missile detection. Some satellite sensors also accomplish nuclear detonation detection. Most recently the deployment the SBRIS GEO-3, deployed in January 2017, and GEO-4 being deployed in 2018 – have brought the total of the SBRIS systems in service to ten, marking a continuing commitment to space-based detection systems by the United States.

The Soviet Union, and later the Russians have followed suit and have continued, like the United States, to deploy and improve space-based detection systems. In 2017, for example, the EKS-2, the second of six new early-warning satellites was launched into orbit. The EKS system of satellites is intended to replace the earlier OKO system which made use of US-K, US-KS and US-KMO satellites. Other than the United States and Russia, to date, no other country seems to have deployed space-based early warning systems though China is reportedly working on such systems and Japan is reputedly doing the same.

Satellites are also extensively employed in the Signals Intelligence (SIGINT) role. The United States deployed a large number of SIGINT satellites deployed in low-earth, highly-elliptical and geosynchronous earth orbit. The Soviet Union did likewise, and China has followed suit with at least some of its Yaogan satellites being fitted with appropriate equipment.

In the field of navigation, however, the use of satellites for both civilian and military tasks have now become commonplace. The Global Positioning System/ Navstar (GPS), the European Galileo, Russian GLANOSS and the Chinese Beidou systems are now in widespread use. In all cases, the civilian accuracy is slightly degraded as compared to data made available to the military but the dual-use systems embodied herein have obviated the need for a dedicated series of military navigation satellites.

While satellites are an important aspect of the application of space technology to military needs, it is also important to recognize the increasing possibility of the deployment of anti-satellite weapons and possibly space-based weapons in the medium to longterm future. The Soviet Union, for example, experimented with a Fractional Orbiting Bombardment System based on the old SS-9 ICBM. The United States Defense Support Program was developed in response to this potential threat. Since the deactivation of the Soviet system, the spectre of such a system being deployed by another power – North Korea being named as a possible contender – has lurked as a distinct possibility. 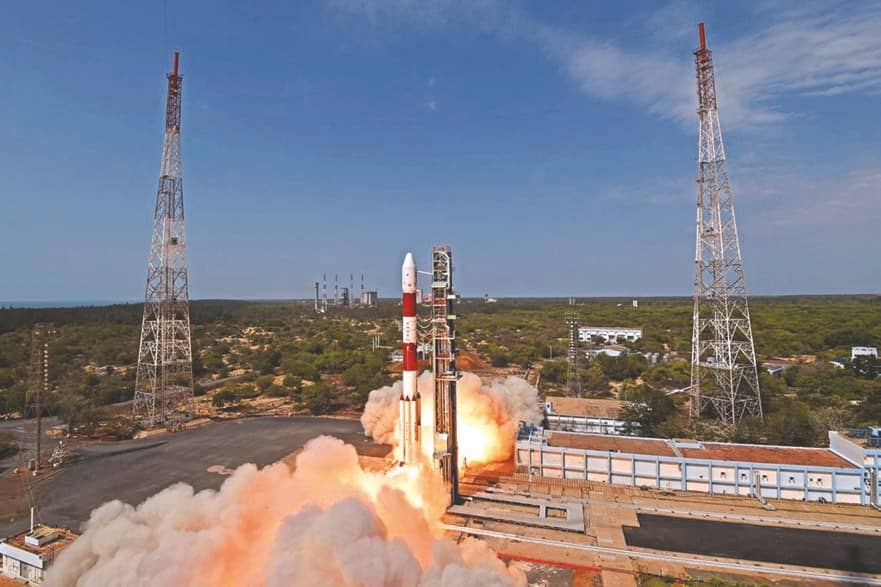 Indian Military Use of Satellites