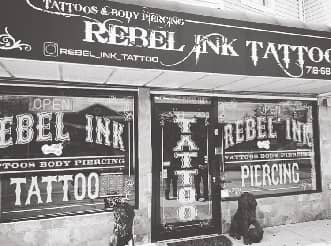 Hello! My name is Tricia Gotti and I am the current President of Rebel Ink Tattoo & Piercing. I am a mother of five children, four boys and one girl; my youngest being just 6 years old and my oldest is almost 27.

Hello! My name is Tricia Gotti and I am the current President of Rebel Ink Tattoo & Piercing. I am a mother of five children, four boys and one girl; my youngest being just 6 years old and my oldest is almost 27. I am a fulltime Crisis Interventionalist for the board of education, and I am currently attending college online to complete my degree in Science Community and Human Services with a concentration in Child Services. 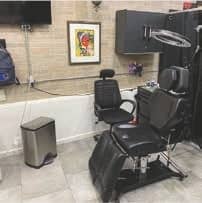 Having owned my first business at just 16, I should not have been surprised when my oldest son came to me at 23 years old and told me he wanted to open up a tattoo shop. Except for the fact that he wasn’t a tattoo artist. But he insisted on us finding a location where he could put artists to work that he was truly passionate about. So, I supported him and that’s what he did.

Rebel Ink Tattoo & Piercing was established in 2016 in Ozone Park, Queens, New York by my son John Joseph Gotti. On Instagram - @johnny_ gotti27 - When it came to the name of the shop, my son had been wearing a shirt with his grandfather on it that had the word “rebel” across it. It was a no-brainer once he put the two together. With minor reservations, he had that place up and running in no time. And let me tell you, the place was instantly a hit.

But just as things were seemingly perfect for us, my world was shattered when I learned that my son was addicted to drugs. Not only is it something that I am absolutely against, but I was completely blindsided by the discovery. However, I refuse to be ashamed to say that unfortunately, my son got caught up and was incarcerated six months after the shop opened.

Knowing that he was going in as a young boy and would come out a good man, it became my goal to keep his business alive for him and his now wife, Eleanor. I am grateful to say that John has used his time to create a positive mind, receiving tons of certifications and doing his best to better himself. 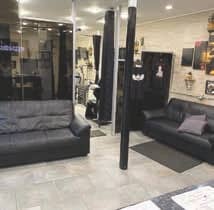 But it has been no easy feat. Who knew I’d be in the tattoo industry, of all things? I can honestly say I have been hustling with strength and courage, busting my ass to do this shop the justice it deserves. I have met incredible people and amazing talented artists that we are proud to call our staff. Not to mention, I have two other sons, Frankie and Peter, who stepped up for their big brother and immediately began to help me run the show.

In spite of that, it was draining in the beginning, and just as the dust began to settle from court dates and trials, we realized we were approaching the one-year anniversary of Rebel Ink Tattoo & Piercing. With that, we did the only thing we could think of, and threw Rebel Ink the biggest anniversary party we could.

Special guests helped us make the day along with tons of food, giveaways, and DJ entertainment. I vividly remember looking around and seeing how packed the place was both inside and out of the shop, and my heart sunk knowing we did it. It ended up being beyond what my imagination could have thought, and the community support was just unbelievable. 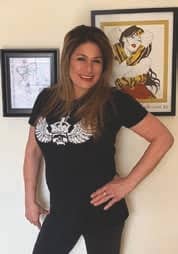 Since then, Rebel Ink has done its best to give back to the community who has stood by us so greatly. Forest Hills Volunteer Ambulance is a local organization in Queens, New York that we donate to every year, as well as to their Volunteer Ambulance Program. Building this relationship has given us the opportunity to participate in other fundraisers as well.

For three years now, we have participated in a fundraiser called Run for Richie held at Resorts World Casino in Queens, New York where we provided tattoos and offered half of our proceeds to the cause. We also sponsored two bikers on their run as well. In 2019, we participated in the Rocking the Road for a Cure fundraiser for breast cancer where we did the same thing in donating half of our proceeds.

One of the ways we support the community that makes us most proud is through h the Awareness Ribbon we introduced in our shop thanks to Deamon Boettcher. He is the owner of Inked Horizons and the creator of the Awareness Ribbon. He reached out to me and asked if we would be willing to tattoo the ribbon in our shop. It raises awareness about addicction and mental health.

MORE STORIES FROM TATTOO REVUEView All