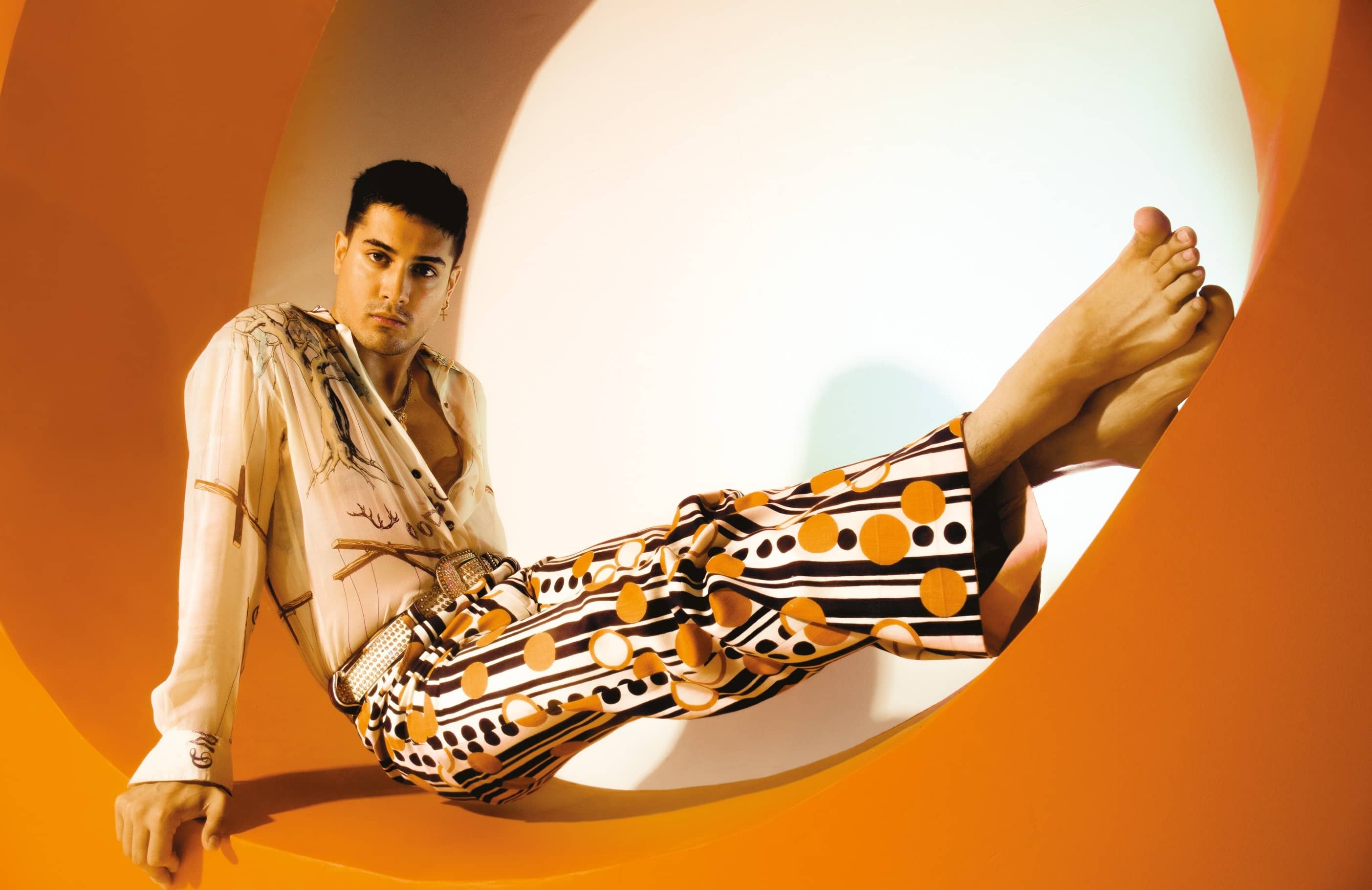 He’s energetic, slick and clever, and he celebrates gender and sexuality as much as he questions it. Here’s hoping the world is ready for.

Avan Jogia is upset. Or maybe riled up is a better way to put it. An enthusiastic gesticulator prone to fiery, pathosdriven argument, the 27-year-old actor, author and director is currently railing against the constraints of masculinity. At one point his forceful motioning causes an unceremonious collision of his head against the concrete wall behind him.

Bam! He curses, pausing to take stock before quickly reverting to his breezy, Hollywood- engineered disposition.

Jogia smiles and expresses a sentiment he’ll repeat several times in the course of our hour-long conversation. “It’s just weird. I refuse to be told who or what I am,” he says.

Unfortunately, that’s precisely my job, something he jokes about as we embark on a discussion about preferred pronouns. “‘He feels limiting, yet here I am; here he is.” Jogia rolls his eyes. “As soon as you say ‘This is what a man can be,’ you’ve ruined manhood. By labeling what it can be, you’re actually limiting it.”

A beat passes, and then: “Sorry, I’m ranting again.” 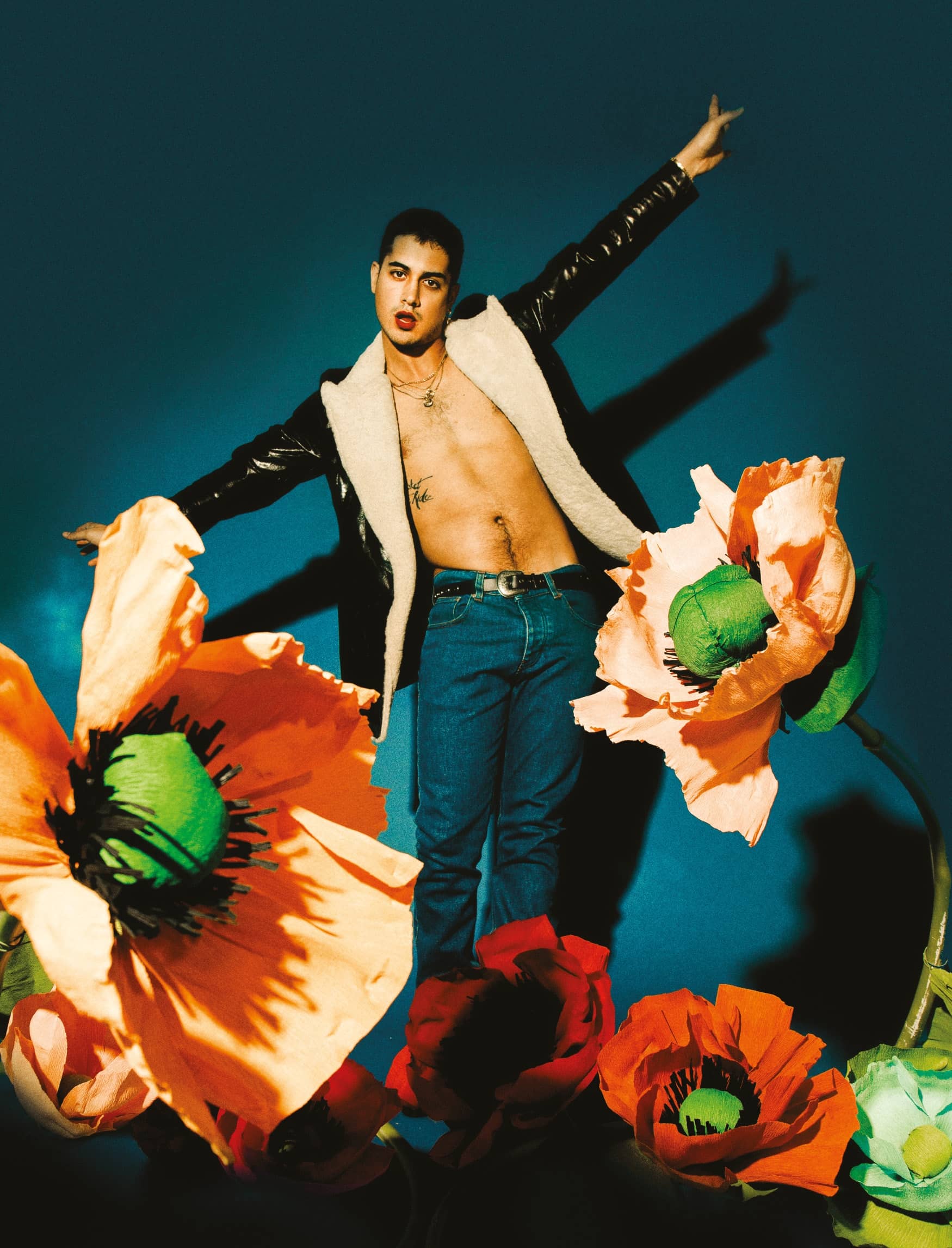 Jogia, once a fixture on Nickelodeon (mainly via the series Victorious, which a lso featured a promising upstart named Ariana Grande) and now an in-demand actor (he’s the lead on Now Apocalypse, w hich p remiered on Starz in March), speaks at times with the sort of hesitation common among celebrities who are conscious of the way the world watches them. But Jogia is far more prone to overexplaining than evading — perhaps out of fear of being misquoted, or perhaps because he doesn’t want to leave any room for confusion.

“The weirdest part is observing yourself through the eyes of someone else,” he says, absentmindedly rubbing the back of his head in between sips of iced coffee. “That never happens in real life. Usually you make an impression and you walk away.”