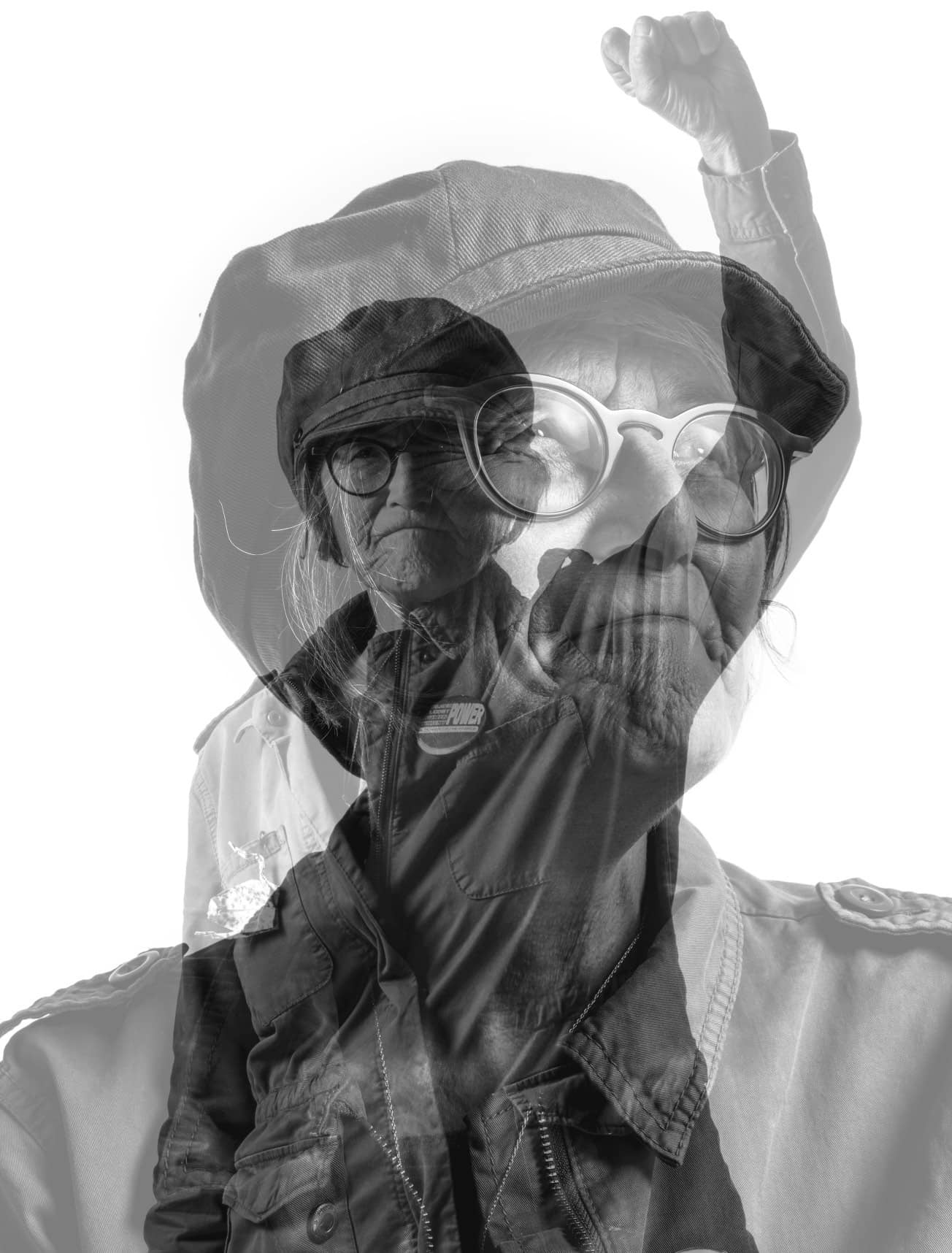 A rare look inside America’s antifascist movement—the people, the methods and the struggle to find a clear voice in a deafening world

DONOVAN FARLEY
When I call Gregory McKelvey and Kathryn Stevens, they’re in the midst of an alternately quiet and cacophonous Saturday afternoon typical to young parents. The Portland, Oregon–based pair, interracial and in their late 20s, plan to be married next year. Thankful one of their two babies is asleep, Stevens breast-feeds the other during our interview. Neither parent comes across as a domestic terrorist.

But McKelvey and Stevens are involved with antifa — a decentralized network of leftists representing various belief systems and tactics, united only in their opposition to nationalists and white supremacists — and as such they inhabit the same category as the Unabomber and Timothy McVeigh. Or they would, if senators Ted Cruz and Bill Cassidy had succeeded last summer in designating the movement a domestic terrorist group. (Regarding the senators’ efforts, President Trump tweeted, “Major consideration is being given to naming ANTIFA an ‘ORGANIZATION OF TERROR.’ ”)

McKelvey tells me that despite frequent threats to his family, showing up for antifa actions is something he and Stevens feel they must do. “I think it helps people to see a successful family defending antifascists, because those people often can’t defend themselves.”

Stevens adds, “When it was just Greg and me, it was easier to say, ‘Threaten us all you want. I’m not scared of you.’ But now, with two babies, it’s not okay at all. I haven’t hurt anybody, and I have no intention of hurting anyone, so why would you threaten my family? It’s solely because of our political beliefs.”

Perhaps the problem lies in pinpointing what those beliefs are, how the movement acts on them and whom the movement consists of in the first place.

That confusion has often led to fear and anger, exacerbated by antifascists’ use of anonymity as a defense against arrest and doxxing — though doxxing is also one of antifa’s tactics. Notwithstanding recent efforts to raise this shroud of secrecy, including non-anonymous interviews with outlets such as Rolling Stone (and this one), anonymity has allowed a group of loosely connected activists to be demonized by members of the far right and, increasingly, centrists and moderate Democrats. As we stagger toward the 2020 election, antifa finds itself at a crossroads: Can it succeed, or even survive, without taking up the very tools its opponents have wielded to such ruthless effect? 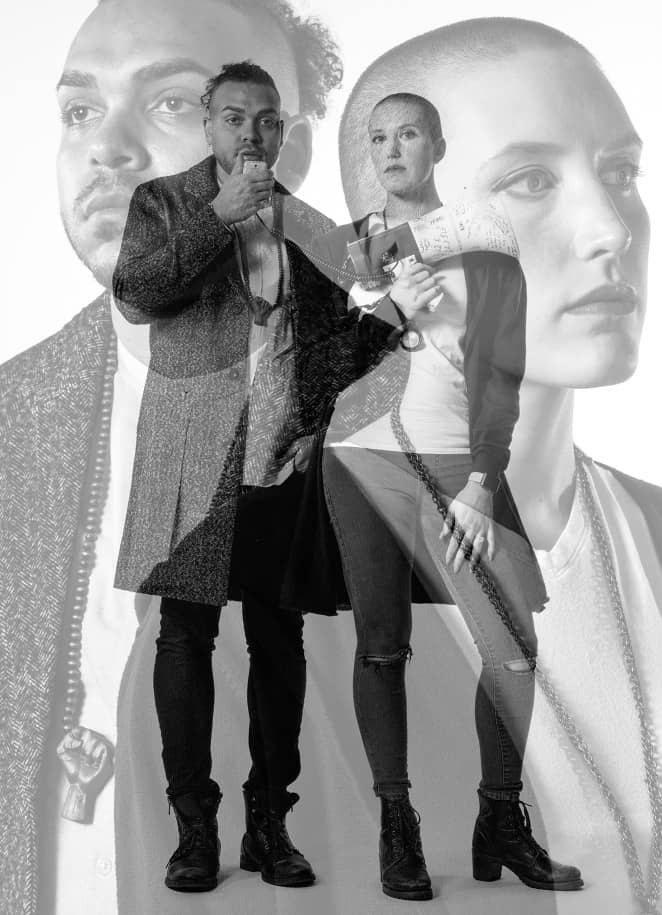 I’ve studied Portland’s antifa community since it came to prominence in the wake of the 2016 election, and I’ve reported on several protests and actions in that time. I can’t claim total impartiality, in large part because many of my friends and neighbors are involved in the movement, but I can say I’ve observed antifa’s victories and dysfunctions at close range. It’s the movement’s unique position in American culture — how it works, how it’s perceived and the gaping blind spot between the two — that I’ve set out to explore.

For this story I interviewed a dozen or so antifa activists, who gave me new insights into the range of their methods, from electoral campaigns to, yes, street confrontations. Although monitoring far-right groups online is a crucial part of the movement’s work, I’m more interested in its public-facing efforts — the attempts to puncture the antifa stereotype, reveal the sprawling community beneath and loudly voice the message uniting them all: Hate requires active and direct confrontation.

But learning more about antifa requires a treacherous journey through its internal and external challenges. And you can’t get a more potent demonstration of those challenges than a string of events, briefly violent and wholly absurd, that unfolded last summer.

On May 1, 2019, writer, Twitter personality and occasional Fox News commentator Andy Ngo was videotaped by an undercover antifascist who had embedded with the far-right organization Patriot Prayer. (A Portland grand jury later used the video to indict several Patriot Prayer members.) In it, Ngo appears to smile while others make plans to attack a Portland cidery known to be an antifa hangout. According to reports, the ensuing incident left a woman with a broken vertebra after a man hit her with a baton. Ngo would then dox the injured woman as she lay in the hospital; she reportedly awoke to a cavalcade of death threats.

For this, plus previous instances of what some consider Islamophobia and misinformation on his social accounts, Ngo became fair game in the minds of some antifascists. (In an op-ed, he pushed back against the allegations of Islamophobia.) On June 29, at a Portland rally organized by Patriot Prayer, he was punched and kicked by antifascists in black clothes and masks, who then stole the stunned writer’s GoPro. Overnight, Ngo morphed from a fringe figure to a national sympathy case who received nearly $195,000 from a GoFundMe organized by conservative commentator Michelle Malkin.

If only that were the end of the story.

The rally landed at the end of Pride Month, and the antifa group PopMob (short for Popular Mobilization) had organized a massive dance party for queer people and their allies to oppose the Proud Boys and other organizations that had joined in with Patriot Prayer. In a move reminiscent of recent antifascist actions in the U.K., PopMob decided to bring vegan coconut milkshakes. Antifa activists hit Ngo with multiple shakes, and Portland police, acting on a tip, tweeted, “Police have received information that some of the milkshakes thrown today during the demonstration contained quick-drying cement.” This tweet, which at press time is still on the department’s official Twitter page and has more than 13,000 retweets and 25,000 likes, has yet to be substantiated by a single piece of evidence.