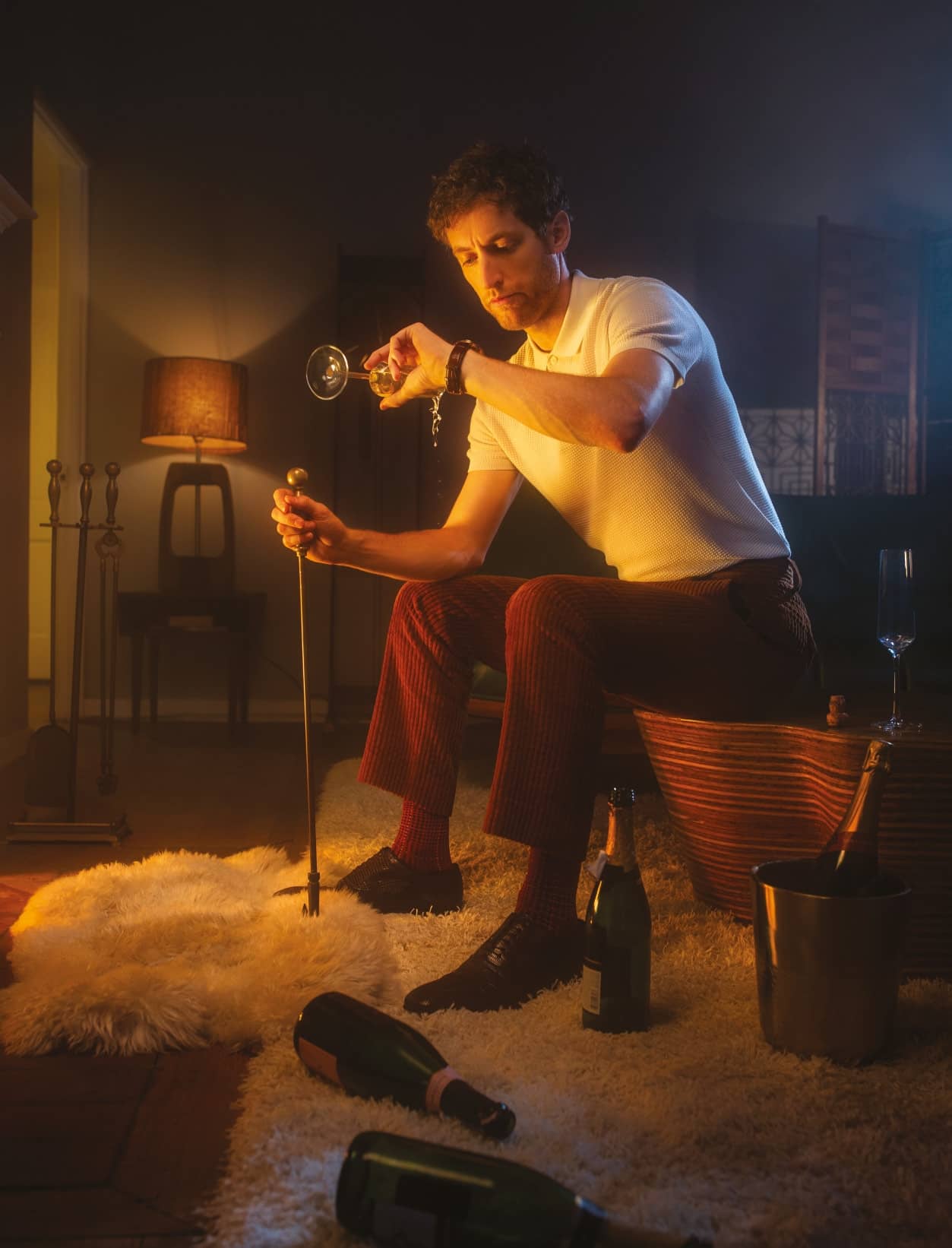 Ahead Of Silicon Valley’s Final Season, The Emmy Nominated Star Opens Up About The Unexpected From His Dream Roles To Sexual Exploration To Shooting Guns With Alex Jones.
Ryan Gajewski

Q1: The real Silicon Valley has changed drastically since Silicon Valley debuted on HBO in 2014. Would it be a different show if it were starting now?

MIDDLEDITCH: I really don’t know, but I do wonder if this show has had anything to do with the consciousness of that. Season six will deal with privacy issues: Richard is pushing a new, decentralized internet where no one tracks or sells user data.

Q2: The show has been nominated for a best comedy Emmy for the five preceding seasons but has never won. You’ve been nominated for best actor once. As you head into the final season, does it seem like Silicon Valley has always been HBO’s bridesmaid?

MIDDLEDITCH: I always figured the most I would get would be a nomination. Even if you’ve told yourself that this is all stupid, when you lose you’re like, “I shouldn’t be bummed, but I am quite sad about it.” I’m sure HBO would rather have the show go on for a few more seasons, but our showrunners are like, “No, this is the story.”

Q3: With Silicon Valley, Veep and Game of Thrones each having their swan songs this year, is anyone at HBO thinking, Shit, we’re losing all our great shows?

MIDDLEDITCH: The TV landscape in general is figuring out how to compete in the new world of television. Players like Netflix have forced everyone to reinvent themselves. I don’t think anyone is panicked — I mean, they’re cleaning house with Game of Thrones, but HBO is a prestige network. In the end, a network has to have just one good thing that people watch in order to get awards.

Q4: Having left Facebook and Twitter, you’re presumably not a fan of Mark Zuckerberg or Jack Dorsey. Do you agree with Elizabeth Warren and other presidential hopefuls who want to break up Facebook, Amazon and other tech giants?

MIDDLEDITCH: It’s a great idea. And no, I’m not a huge fan of Zuckerberg and Dorsey, but I don’t like to slight them either. Without selling user data, it’s not a viable business. And I still have Instagram. Also, I was never really good at Twitter, to be honest.

Q5: Do you have a fear of the unknown, post–Silicon Valley?

MIDDLEDITCH: Of course I do. When something is successful, you’re like, Okay, how do we figure out how to keep it going a little longer? There are 4 million shows; we’re definitely not the biggest, but people watch us, which is nice. It’s a challenge when you’re involved in something to make the decision to end it. It’s hard to shoot Old Yeller — not that we’re Old Yeller, because that would imply we’re a sick dog. It’s more like crawling into your best friend’s window and murdering them. It’s hard to do that when you don’t know what comes afterward. Even if everyone who’s involved in the show is guaranteed work, will it be the same type of work?

Q6: Has your role in this year’s Godzilla: King of the Monsters changed your standing in Hollywood?

MIDDLEDITCH: I think so. Unless you’re ordained as an attractive teen, it’s hard to get crazy fame right out of the gate. I would love to do big movies all the time or work with great filmmakers; I would love to star on Amazon’s Lord of the Rings series and transform as the Riddler in a new Batman. I don’t think about it analytically, though, because it makes you feel as though you’ve taken a bath in oil. I just try to do good work so that when I have early-onset Alzheimer’s and I’m looking at my IMDb page and my wife tells me, “That’s you,” I can register that I did some cool shit.

Q7: You and one of the Godzilla writers visited a swingers club with your partners during production. Are you and Mollie, your wife of four years, familiar with the swinging scene?