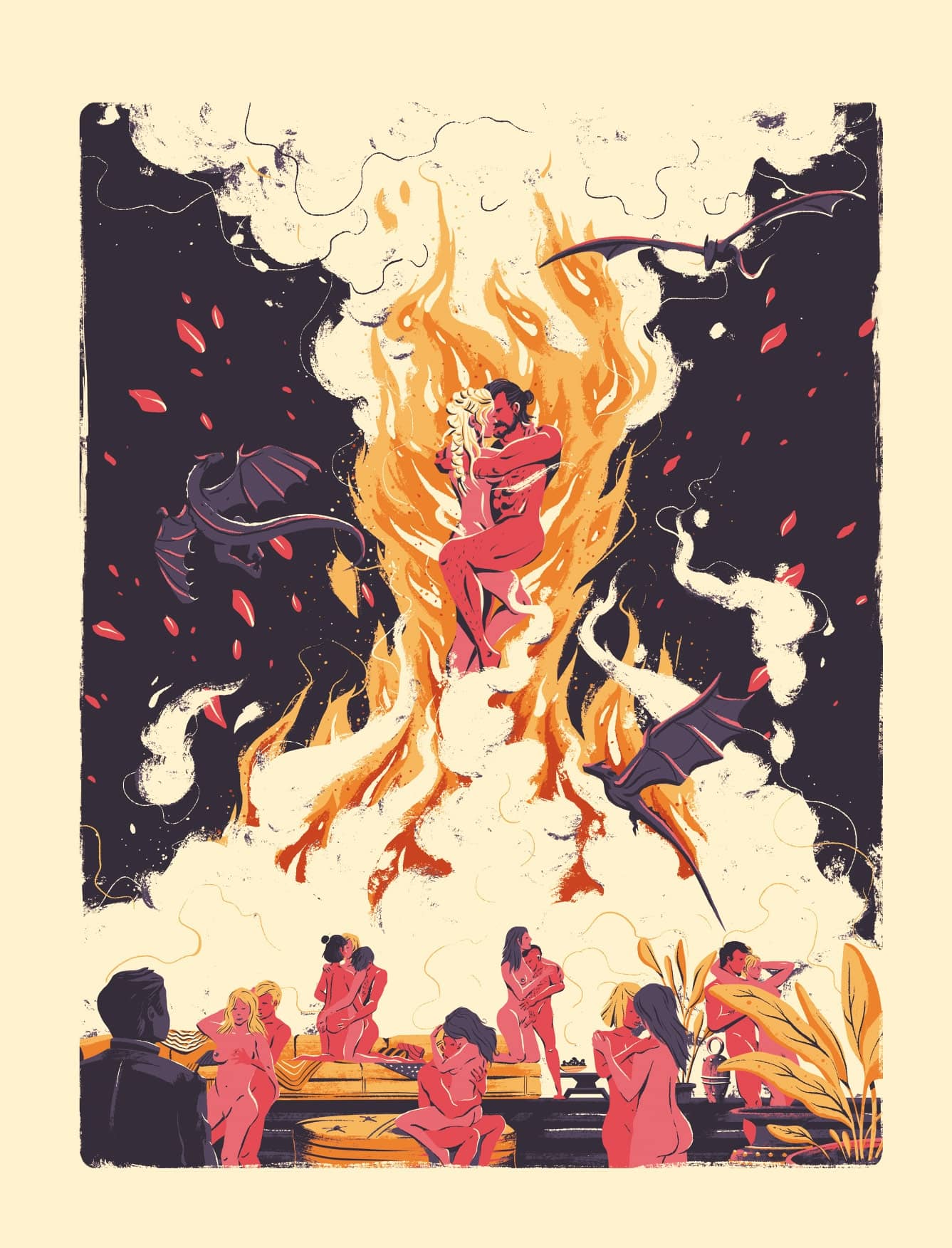 Game of Thrones, which kicks off its final season on HBO this spring, redefined the TV sex scene. Sex and nudity on television aren’t going anywhere—but they will need to evolve

When Game of Thrones debuts its eighth and final season on April 14, one thing will be glaringly apparent to longtime fans: There aren’t nearly as many naked prostitutes in Westeros anymore.

This is particularly disappointing to Samantha Bentley, who has played three different ladies of the night over several seasons of HBO’s 47-time Emmy-winning series. “I was hoping maybe they’d have me back one more time before it ends,” she says wistfully. “But it doesn’t look like that’s going to happen. It’s a different show now.”

By “different,” she means, of course, less nude. Exposed flesh on Game of Thrones has dropped by a staggering 81.8 percent from season one to season seven. This is a pretty dramatic shift for a show that actor Ian McShane, a onetime guest star, once dismissed as “just tits and dragons.”

Game of Thrones isn’t a pioneer in gratuitous nudity on mainstream TV. Naked body parts have been slowly but surely sneaking onto American television since Dennis Franz flashed his butt on ABC’s NYPD Blue in 1994. But it’s the first critically acclaimed series to put nudity front and center. The show was once so enthusiastic about rampant nakedness that it inspired new terminology — including sex position, a word coined by TV critic Myles McNutt to explain how Game of Thrones uses random unclothed bodies as window dressing for plot exposition.

Whatever the reason, the lack of clothes-less activity in the Seven Kingdoms hasn’t slowed the naked renaissance it helped spawn. Indeed, the boob tube has become, quite literally, the boob tube. The number of TV nude scenes featuring women jumped from 497 on 27 different shows in 2008 to 1,370 on 147 shows in 2018, according to Mr. Skin, an online database of nudity in media. Male exposure has seen a similar bump, from 72 scenes across 16 shows in 2008 to 736 scenes on 149 different shows last year.

The explicit carnality on recent shows can make Game of Thrones seem downright tame by comparison. All the tropes that first caused Westeros to appear so scandalous — incest, rape, prostitutes, woman-on-woman finger-banging, sex at funerals — have since played out on shows including Shameless, Harlots, The Deuce, Vida, She’s Gotta Have It, Outlander, Altered Carbon and Orange Is the New Black. And they’re showing much, much more than anything we witnessed on Game of Thrones. Last year gave us the first semi-erect penis on TV (on Netflix’s Easy) and the first nothing-left-to-the-imagination depiction of oral sex (on Starz’s The Girlfriend Experience).