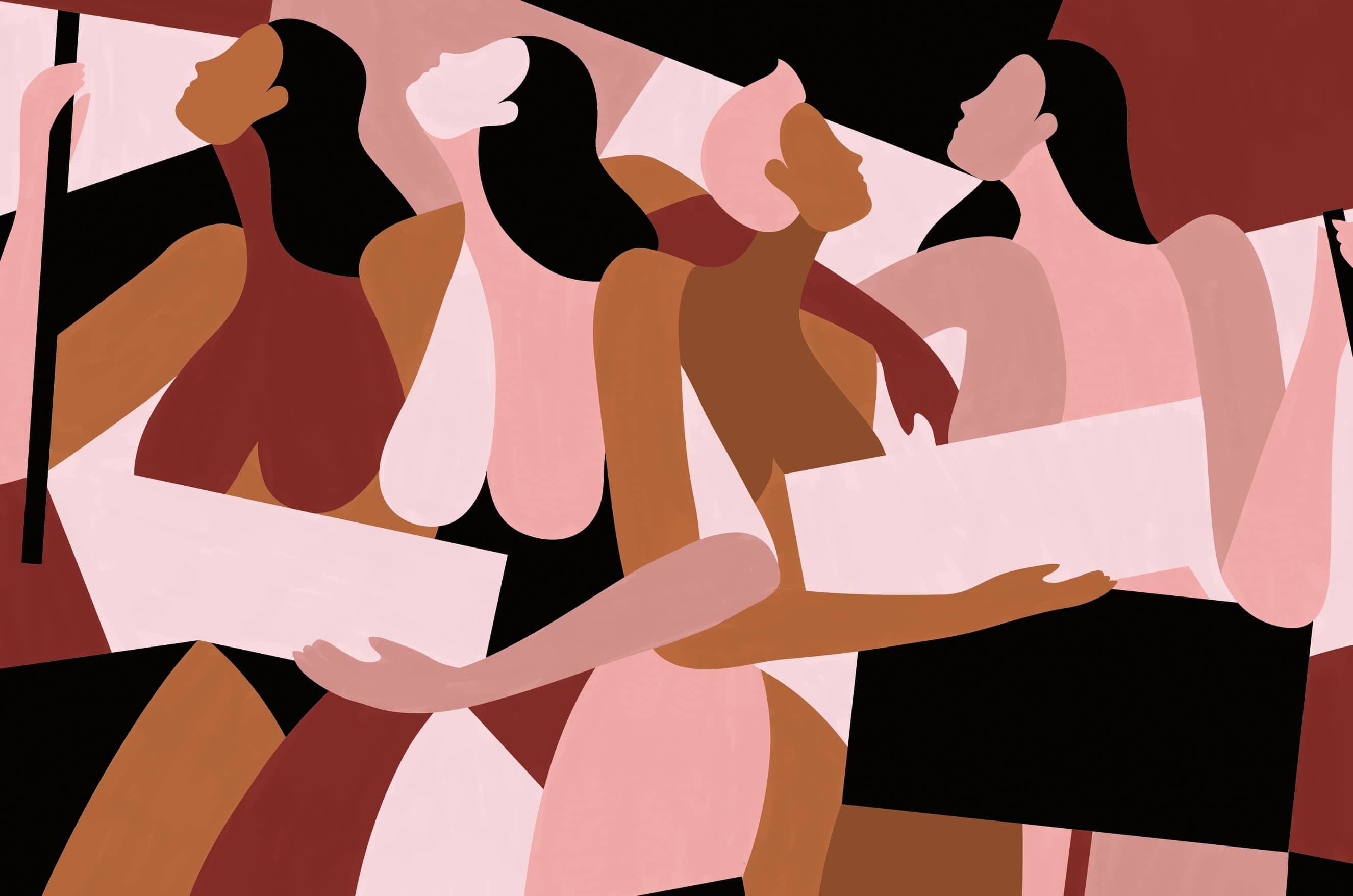 Jessica P. Ogilvie
Gizelle Marie was on her way home to New York City after working a shift at the Stadium Club, a Washington, D.C. establishment whose website promises “the most talented exotic entertainment in the industry.” It was October 2017, and the 29-year-old dancer was flush with cash.

But as the black car she’d hired whisked her homeward, Marie’s satisfaction turned to frustration. Scrolling through the social media feeds of other strippers, she saw, over and over, their complaints about club practices that prevent dancers from earning the kind of money she’d just made — specifically, the growing ranks of female bartenders who wear revealing clothing, dance provocatively and sometimes literally stand between strippers and their tips. With online followings that can hit six figures, these so-called “startenders” are a reliable draw for customers and an easy distraction from the women working onstage.

In a moment of exasperation, Marie typed up her feelings and posted them to Instagram: “I’m so sick of seeing my fellow dancers in New York complain about deserving what is supposed to be theirs. Me nor any dancer should have to leave the comfort of their own home/city to make a fucking check.”

For the next few days, Marie kept posting about the problem using the hashtag #NYCStripperStrike. By the end of the week, she was trending. Local and national media picked up the story, and Marie gained tens of thousands of followers. Over the next few months, she and other dancers joined larger protests, holding signs with slogans like OUR BODIES, OUR MINDS, OUR POWER; TWERK IS WORK; AND STIGMA DRIVES VIOLANCE at the Women’s March on Central Park West and the International Women’s Strike in Washington Square Park.

While startenders were her impetus, Marie had other, broader concerns as well. Across the U.S., strippers’ rights are routinely and flagrantly infringed, with violations ranging from wage theft and employee misclassification to racial discrimination and sexual harassment. And according to many of the strippers we spoke with, few people inside or outside the clubs seem to care.

“There is this treatment of strippers by people who run the joints that we don’t matter and that we are replaceable,” says Jacqueline Frances, a New York–based dancer, comedian and activist. “There is a really profound disrespect for strippers by management — by everyone.”

• • • Stripping is legal sex work in America, but states and counties have the right to regulate strip clubs—and many do, often quite spiritedly. Municipalities from San Diego to Tampa enforce a so-called six-feet rule, for example, which stipulates that dancers must stay two yards away from patrons. Others impose regulations regarding how much nipple or areola women can reveal, how much underboob or underbutt or — in New York, for instance — what percentage of a club’s square footage can be dedicated to adult entertainment. But even as they legislate dancers’ movements and clothing down to fractions of an inch, lawmakers tend to ignore the fact that those same workers’ rights are being roundly disregarded.

Among the industry’s biggest problems is the corrupt and byzantine way money flows within its ranks. To begin with, strippers are typically classified as independent contractors rather than employees. This means they should be able to come and go as they please, charge whatever they choose to charge and dress as they see fit. Instead, many dancers describe being assigned shifts, told what to charge and held accountable for keeping certain hours. Such regulations should qualify them as employees of the club rather than independent contractors paying for the privilege of working there. But strippers are frequently denied the legal protection afforded W-2 employees, including payroll taxes, health care and workers’ rights protections.

“Club owners want the benefits of you being an independent contractor, but they’re treating you like an employee,” says Logan Dee, co-leader of We Are Dancers USA, an organization that advocates for strippers’ rights. “You are getting the crap end of both sticks.”

Susan Crumiller, a New York–based attorney who works with #NYCStripperStrike, says that such misclassifications are a way for club owners to save money by cheating dancers and the Internal Revenue Service alike.

“It’s ultimately tax avoidance, and it’s also labor-law avoidance,” she says. “You’re basically falsely claiming that you don’t need to treat them in all the ways we have decided an employer must treat an employee.”

Dee adds that the lump sums strippers are often required to hand over to clubs every night — “house fees,” in stripper parlance — aren’t subject to any oversight, meaning clubs can charge dancers as much as they want.

“I have to pay to work,” she says. “It’s like a hairdresser, where you rent out a space. In theory, it sounds great — like I’m paying for their space, and whatever I make, I take home. But the fees are not regulated, and they can be astronomical.”

In the New York City clubs where Gizelle Marie has worked, including Starlets NYC and Club Angels NYC in Queens, and Club Lust in Brooklyn, house fees varied by hundreds of dollars, she says. (Management at all three establishments either did not respond to or declined requests for comment.)