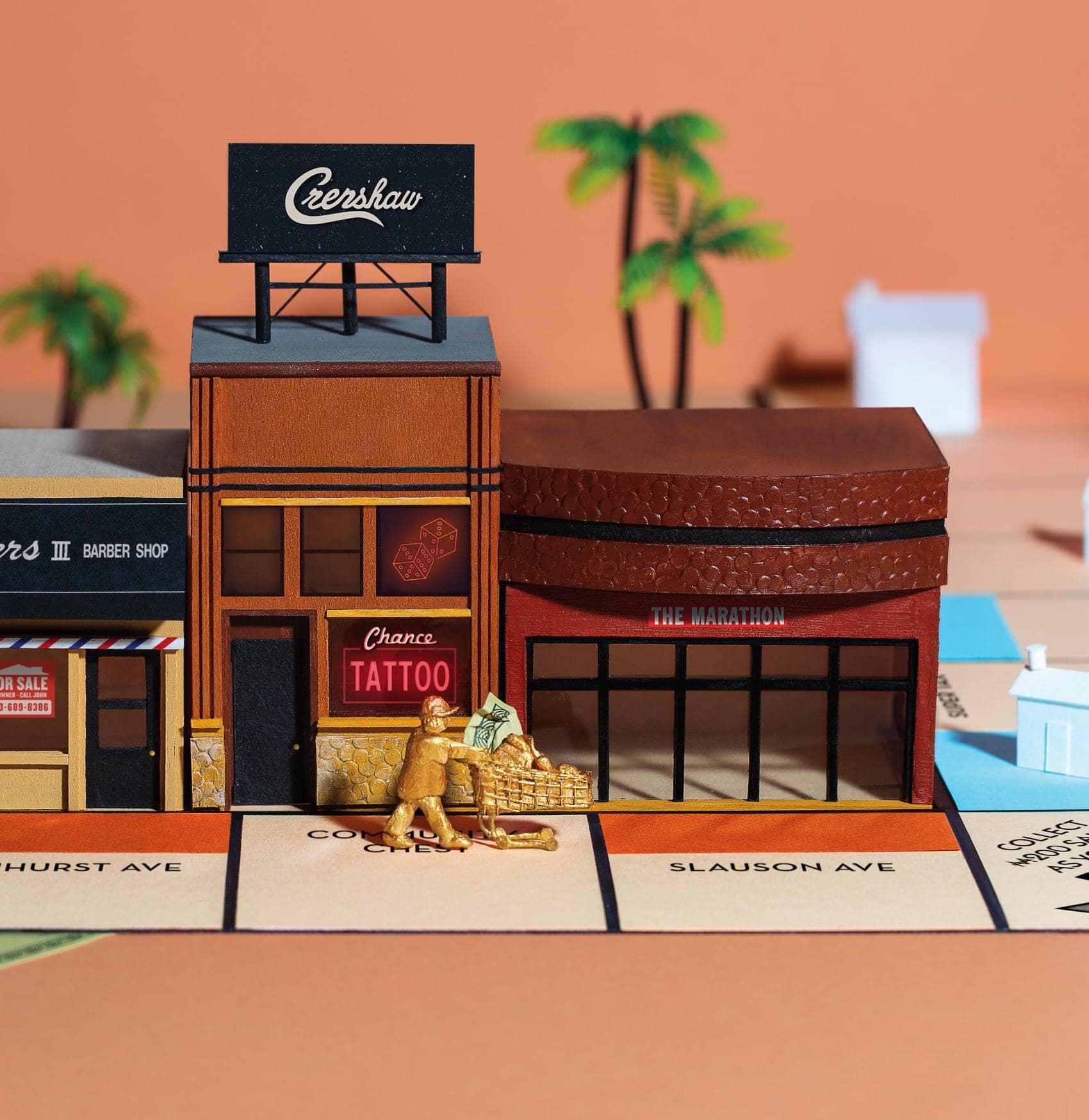 The city of Los Angeles is cleaning house before the 2028 Olympics. Who’s cashing in, and who’s being swept under the rug? J. Brian Charles investigates L.A.’s latest transformation

The hoards of fans who once blotted out the asphalt of the Marathon Clothing store’s parking lot are gone. A chain-link fence now surrounds the strip mall that was ground zero for the empire of Nipsey Hussle, the 33-year-old Los Angeles rapper who was murdered here on March 31, 2019. His death came only weeks after he and his business partners had purchased the building for $2.5 million.

On the surface, the acquisition was the latest in a series of shrewd business decisions by Hussle and his partners, another jewel in the crown for the Grammy-nominated rap star. But this was about more than business. The decision bought him time. For months, city attorney Mike Feuer had been trying to evict the Marathon Clothing store from the strip mall, which cradles the southwest corner of Crenshaw Boulevard and Slauson Avenue in the heart of South Los Angeles. The city claimed Marathon, the mall’s anchor store, was a haven for members of the Crips gang.

Hussle counted himself among the Rollin’ 60s Crips, whose territory covers much of the Crenshaw neighborhood. As such, he and his associates never denied the claim that members of the notorious L.A. street gang convened at the store and other adjacent businesses owned by the rapper. It was known that Hussle and his associates employed gang members in an effort to invest in both the neighborhood and its residents. These efforts won Hussle praise from celebrities including Jay-Z and Beyoncé and public officials such as Mayor Eric Garcetti and the Los Angeles Police Department’s top ranks.

“He was a tireless advocate for the young people of this city and of this world,” Garcetti said in a press conference following the rapper’s murder, “to lift them up with the possibility of not being imprisoned by where you come from or past mistakes but the possibility of what comes in the future.”

But in July 2019 The New York Times revealed the city had been investigating Hussle at the time of his murder. The shocking report speaks not only to contradictions in Hussle’s life and death — he was allegedly killed by a man from the same gang— but also to the powerful forces that have shaped and continue to shape the City of Angels.

California’s Interstate 10 once served as a barrier between the affluent and the working class, which is to say between white on one side and black and brown on the other. Today, with the median monthly rent for a one-bedroom apartment nearly $1,400, L.A.’s young white residents are fleeing neighborhoods like West Hollywood, Santa Monica and Westwood and dipping south of the I-10, either in search of more-affordable housing or drawn to the new developments hugging the Metro, the city’s quickly expanding light-rail system. At the same time, the city attorney’s office has flooded property owners in South L.A. with nuisance-abatement lawsuits. Ninety-eight were filed in Feuer’s first four years on the job.

The lawsuits are part of the Citywide Nuisance Abatement Program, which since 1997 has “revitalized” properties with alleged ties to criminal or gang activity. Leveraging the power of court injunctions, the program — enforced by the LAPD, the city attorney’s office, the Department of Building and Safety, the Housing Department and the Planning Department — can legally force property owners to abide by new rules ranging from hiring armed security personnel to installing security cameras that face common areas or even individual apartments. Tenants are also subjected to new rules, such as registering their IDs with building security or limiting time in common areas. Violation can lead to eviction.

This is the method of policing the city was exploring in its attempt to evict the Marathon Clothing store from Crenshaw, a neighborhood that appears to be a hotbed of nuisance-abatement lawsuits due to the construction of the new Crenshaw/LAX light-rail line, which plays a central role in the Metro’s expansion project. At eight and a half miles, the line will connect Los Angeles International Airport to the recently completed Exposition Line, which runs from downtown L.A. to Santa Monica beach. It’s set to open in 2020.

The Marathon store is only a few hundred feet from a planned Metro stop at the intersection of Crenshaw Boulevard and Slauson Avenue. After decades of disinvestment, developers are now pouring billions of dollars into new hotels, luxury apartments and mixed-use developments. As builders hatch plans to reshape L.A., benefiting from an overcrowded city buckling in a housing crunch, the city’s black and brown working-class residents find themselves in the crosshairs.

“They’re taking over Crenshaw,” says Zerita Jones, co-founder of the branch of the Los Angeles Tenants Union that covers Crenshaw and the adjacent neighborhoods of Baldwin Village and Leimert Park. “They are not coming in to share it with us. They are coming in to take it and move us out.”

If the smog that notoriously chokes the L.A. skyline isn’t too thick, you can squint and see the Hollywood sign from Crenshaw. Just 12 miles separate the corner of Crenshaw Boulevard and Slauson Avenue from the iconic sign, but for decades they were worlds apart. The sign to the north is the beacon of a city whose most noted exports are celebrity, film and television. South of its shadow, in Crenshaw — and to a larger extent South L.A. — sits what was once an industrial hub where black and Latinx laborers churned out cars, tires and tools for the nation’s war machine. These worlds have collided as L.A.’s population swells. The city has added more than 1 million residents since 1980 and is now bursting with 4 million people. 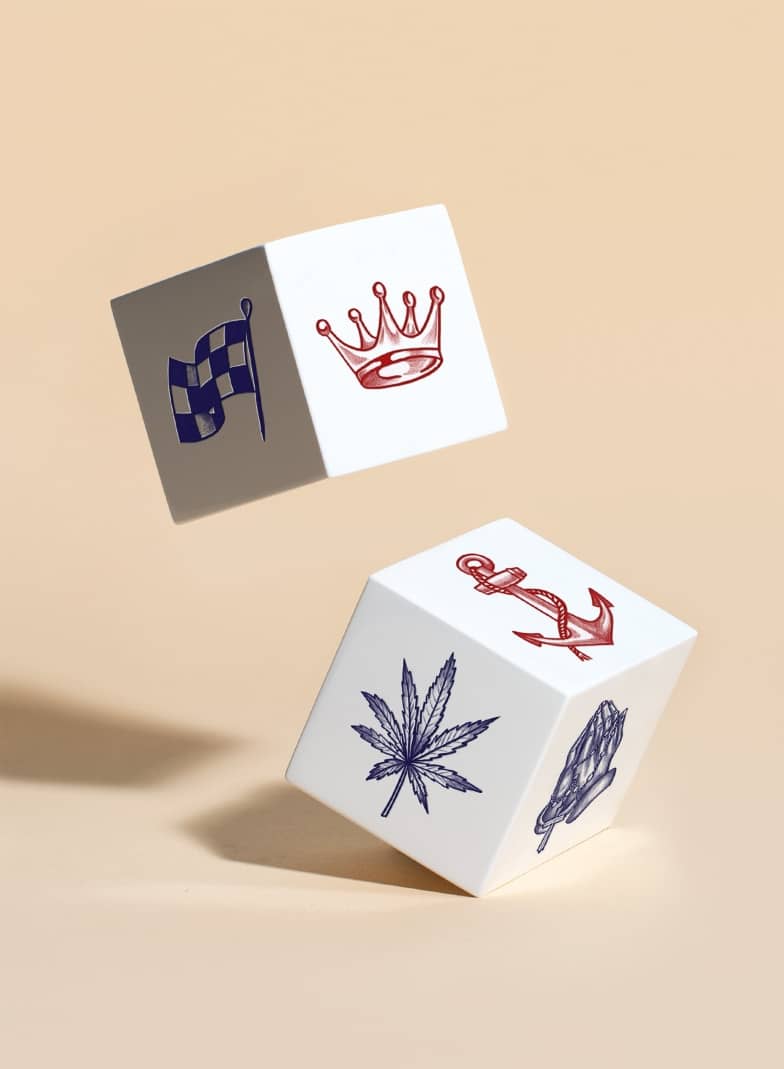